Growing a beard in memory of Rich

Phil Bingham sadly lost his brother Richard to bowel cancer in 2020. In his memory Phil gathered a team of fresh-faced friends to take part in Decembeard last year. Together, they raised over £29,000. 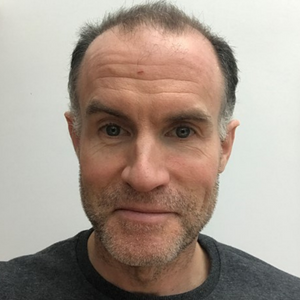 "I signed up for Decembeard just a few weeks after the death of my hugely loved little brother Rich to bowel cancer in August 2020. It's easy to feel powerless in such situations, but I knew that a tiny sacrifice of my vanity and a little more itching than normal could make a real difference to those finding themselves in the terrifying ordeal that Rich endured over four years.

"I knew how deeply my brother had touched so many people's lives. And that many of them would want to help. Sure enough, we drew together a motley crew of ten smooth-chinned volunteers. Almost before the first five o'clock shadow was visible, we found that each team member in their own way was able to lean on a remarkable numbers of generous donors.

"Many of them knew Rich personally, many didn't but felt they did. Some were total strangers. They were unified in feeling a compulsion to help. Every day of December we were all humbled.

"By New Year's Eve, when we rounded up our full total, we had raised over £29,000. That's a huge sum to help limit the impact caused by bowel cancer. And Uncle Rich's nieces even got to see Daddy look like Father Christmas." 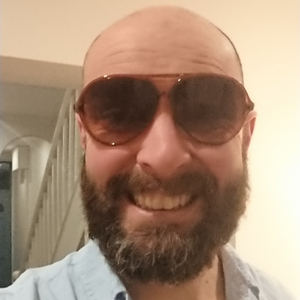 "We lost Rich in August 2020 after a four year battle with bowel cancer. He was more than a friend for over 20 years. He introduced me to my wife and was godfather to one of my kids. It was an easy decision to take part in Decembeard. Firstly to be a part of efforts to mitigate the effects of this horrible disease, and secondly because the charity is one that was close to Rich's heart. We miss him hugely." 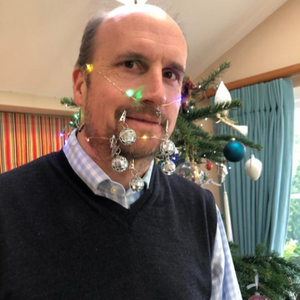 "I didn't know Phil's brother Rich well, and I could only guess at the toll his illness and death took on the lives of his family. But when Phil asked for volunteers to fundraise for Bowel Cancer UK I was happy to help. I was even happier when I learned that it involved me doing absolutely nothing at all, except occasionally scratch at my neck. In the end, Decembeard was a great experience. I learned a lot about this illness and the work of the charity, and also learned once and for all that I should never grow a beard if I want people to take me seriously!"

This year across the UK, our supporters are again putting their razors away and embracing their facial fuzz.