Greg Carrier, Senior Manager at our new corporate partner Quantuma Advisory Limited, was diagnosed with stage 3 bowel cancer in March 2021 at the age of 39.

My story began late July 2020, when I started to experience stomach problems. I’ve always had a bit of a dodgy stomach and certain foods would make it worse, but this time it was different.

The pains lasted longer and there were also a few other signs that this was more than a dicky tummy, mainly blood in my stool.

I contacted my GP but, due to COVID, I couldn’t be seen and was told it was likely to be food poisoning.

They ran a few basic tests but nothing showed up, and I was then sent for full bloods, which I was told would rule out anything sinister. Again, these tests all came back clear.

Not being happy with the outcome and still experiencing the same symptoms, which by this time was lots of blood in my stool every time I went to the toilet. I phoned my GP again in mid-December and asked for a colonoscopy, as I was sure that there was something wrong with me. I asked whether it could be bowel cancer and was told I was too young.

Unfortunately, I wasn’t too young.

My colonoscopy in March revealed a tumor low in my rectum, biopsies were taken to be sent away for screening. Once in the recovery room, the nurse told me they needed to call my wife in so we could see the doctor together. I had a three hour wait to see the doctor, which seemed like a life time knowing that it wasn’t going to be good news.

We were called into a private room with the doctor and a colorectal nurse and was told the bad news that they had found a tumour and were fairly sure it was cancer, but would have to wait for the results of the biopsies to be certain.

Following this I had a series of CT and MRI scans and more blood tests, then a two week wait to see if the cancer had spread to any vital organs.

The scans showed it hadn’t spread, that the tumour was fairly small and I could go straight to surgery without any pre-chemotherapy or radiotherapy. At this time it was a stage 1 cancer.

I met with my surgeon who told me everything I needed to know about the surgery, he said I would definitely have a stoma, but until they were operating they wouldn’t know if it was a temporary ileostomy or a permanent colostomy. I was booked in for surgery on 12 April.

The surgery went well, although unfortunately, they could not reconnect my bowel, so I had a permanent colostomy fitted. I was in hospital for a week and then went home to continue to recover.

When I was told about needing chemotherapy, this really scared me, strangely, I coped well with the surgery, but the thought of chemotherapy and all the side effects that go with it really got to me.

I met my oncologist who explained the plan and what side effects to expect. This type of chemotherapy gives you an intolerance to anything cold, that’s touching, drinking and eating and a whole other list of potential side effects, as no two people experience exactly the same.

The chemotherapy was called Capox, which is a combination of an infusion (Oxaliplatin) then two weeks of tablets (Capecitabine), then a week off, then back in for an infusion and so on. I was initially advised to have six months chemotherapy, but due to the severe side effects I experienced, this was reduced to three months.

During the chemotherapy I started to cough up blood and was rushed for a CT scan, which revealed that I had a blood clot on my right lung, which was likely to be a result of the chemotherapy. I was prescribed blood thinning injections twice a day for six months

The chemotherapy finished in late August and by this time I felt that it had really taken its effect on me, I was pretty weak and had lost two stone.

Once the chemotherapy had finished I had a couple of months to recuperate and I returned to work in October having had six months off work.

Things are slowly getting back to normal and in December 2021, I received some good news that the scans were clear and I could be signed off by the oncologist.

Going forward, I will be regularly monitored for five years with scans and blood tests and fingers crossed it doesn’t return.

The company I work for were incredible in supporting me through all of this. They made sure that I didn’t suffer any financial loss, which was a huge weight off my mind and allowed me to recover with one less thing to worry about.

They have also made Bowel Cancer UK their charity of the year and already started their fundraising efforts, with the staff completing 25,000 miles in 30 days, by walking, running cycling and swimming. This challenge will be the first of many taking place, which will hopefully raise a great amount of money.

When initially diagnosed I researched bowel cancer and found the Bowel Cancer UK website, which is full of useful information from surgery and chemotherapy to recovery and diet. I also read a lot of the blogs on the website from others who have been through similar experiences, which helped me understand what I would be going through and gave me hope that I would get through it all and recover well. 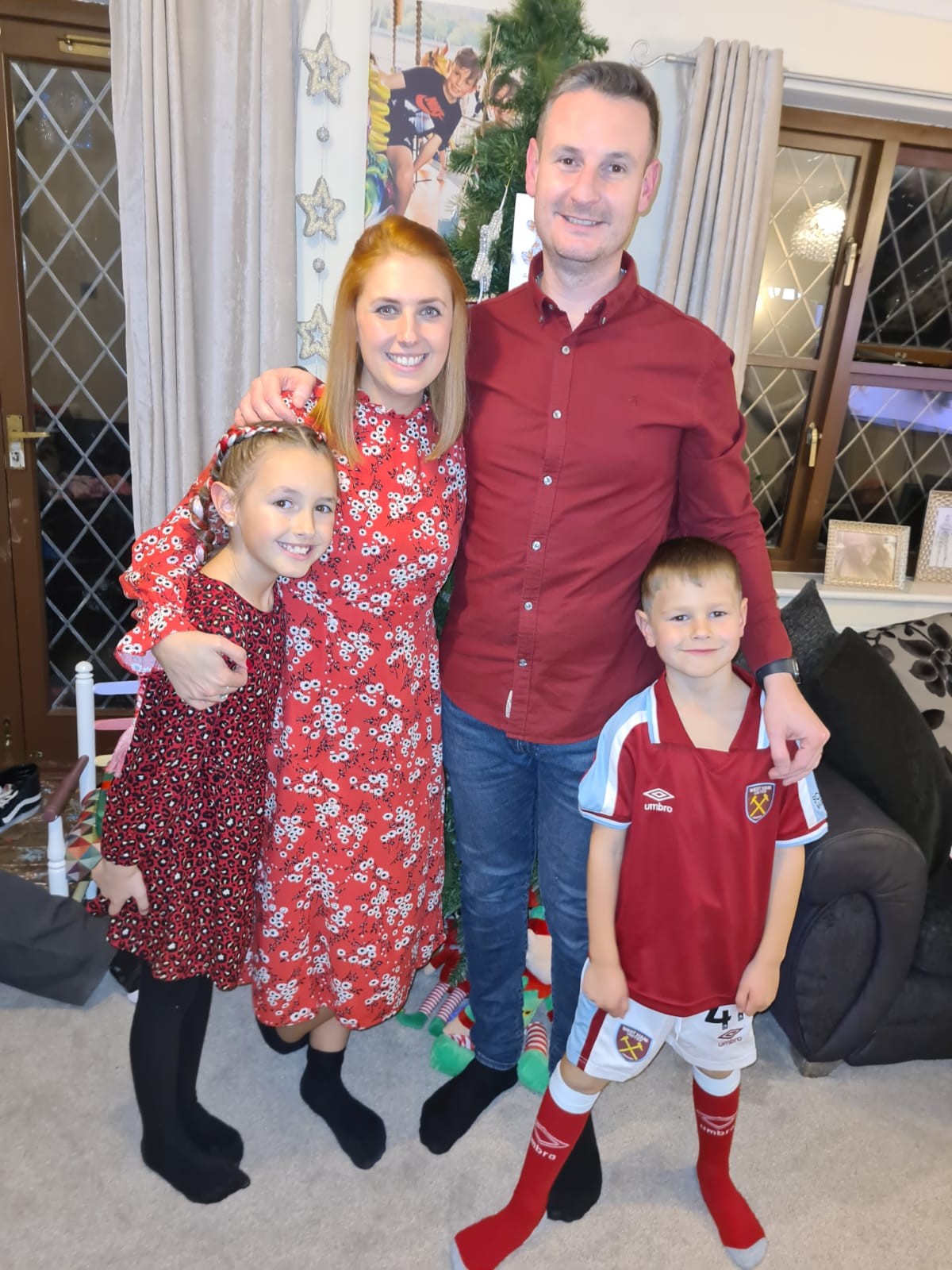