Emma celebrated her birthday this April by setting up a fundraising page on Facebook raising over £500. Emma recently had the devastating news that her cancer diagnosis is now terminal. This is Emma’s story:

I’m a 45 year old single mum of two. On holiday in Spain last May, I became very unwell with contraction-like pains in my tummy area. I was in bed for three days, looked shocking and grey, trying to sleep in between the pain, and not really eating. On the third day I was woken up by a popping sensation. I described it as though you had pushed a grape through a small hole. After that my colour returned and the pains became less frequent, although they were still there.

I had been put on tablets by my GP back in April for two months as my blood count was low, along with my iron and folate, but no real reason to explain the pain. As soon as I returned from holiday I went to my GP who suspected possible gallstones, so I was sent for an ultrasound and further blood tests. The tablets hadn’t made much of a difference to my previous results and the upper abdomen was all clear – no gallstones in sight.

I wasn’t eating much at all and every time I did have a larger meal I ended up in pain, and was sick on a couple of occasions too.

My GP continued the tests – a faeces sample was sent to microbiology for bowel cancer and came back negative but a blood test for ovarian cancer came back borderline, so I went back for an ultrasound of the pelvic area. A cyst-type mass was detected so I was referred for an urgent CT scan.

In August I was in so much pain I rang my GP and he asked me to go in as he had just received my scan results. It was bowel cancer after all and it had spread to my liver. I was called by St James’s University hospital the next morning to admit me and had surgery a week later.

I was lucky to be alive! The tumour was right-sided (hence the microbiology test showing negative), it had been growing for some years without any symptoms but had metastasised. My surgeon’s recommendation was to have a stoma fitted to prevent the risk of my bowel rupturing, then to start chemotherapy as soon as possible.

Things didn’t quite go to plan though and when they went in through keyhole they found a large 6.5cm mass in my pelvic cavity which was attaching to my right ovary. I was also bleeding heavily internally so they removed the mass and ovary, gave me two pints of blood and then fitted the stoma.

I started aggressive chemotherapy in November which was shortly followed by adding a third immunotherapy drug as my sample cells had responded positively to it.

I had ten rounds and had most side effects going. My first scan after five treatments showed the bowel tumour had reduced by over half its original size and the liver had also reduced by nearly half.

Unfortunately coronavirus has made itself known to us all so my treatment has been paused for my safety. It’s an anxious time all around and I’m obviously shielding with my children at present.

In the meantime, I’m so incredibly grateful for my GP who never gave up trying to find out what was wrong, to my Professor, my oncologists, my colorectal nurse specialist, my community stoma nurse, hospital counsellors, and all the nurses and support staff at Leeds Cancer Centre, the district nurses who flush my PICC line weekly, and my nurse from St Gemma’s Hospice. They are keeping me alive for my children and providing much needed emotional support through this whirlwind journey.

As I’m shielding, my birthday will just be myself and my daughters who are 11 and 17 years old, but I’m sure they’ll make it special for me. The positive from us all shielding is that I get to spend lots of quality time with them. I expect there will be some doorstep deliveries of cake, cards and presents from family and friends too, though!

Sadly, since writing the above I've been taken back into hospital. Although treatment had been progressing well I’ve been given the devastating news that the cancer has spread aggressively throughout my intestines and the biggest mass is causing a blockage right at the top. After exploring various options, none are viable so there is nothing more they can do for me and I have been given just weeks/months to live. As you can appreciate we are all devastated.

I’m happy my story can be used to raise awareness and the money I have raised from my birthday fundraiser can go to funding bowel cancer research for the future. 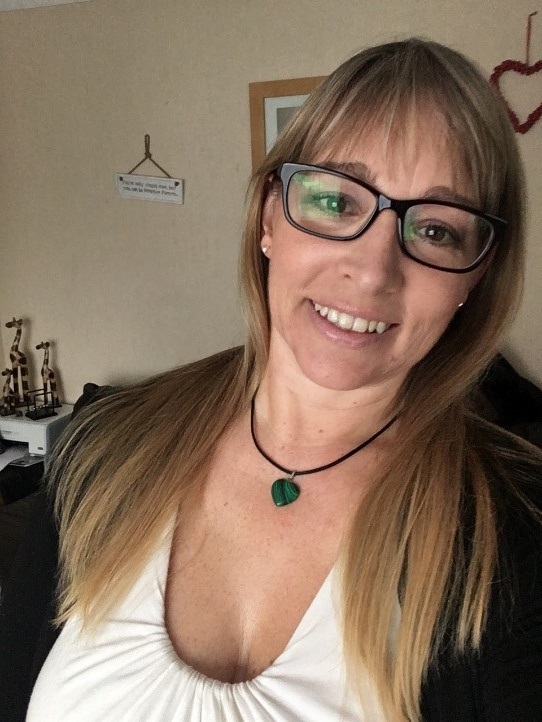 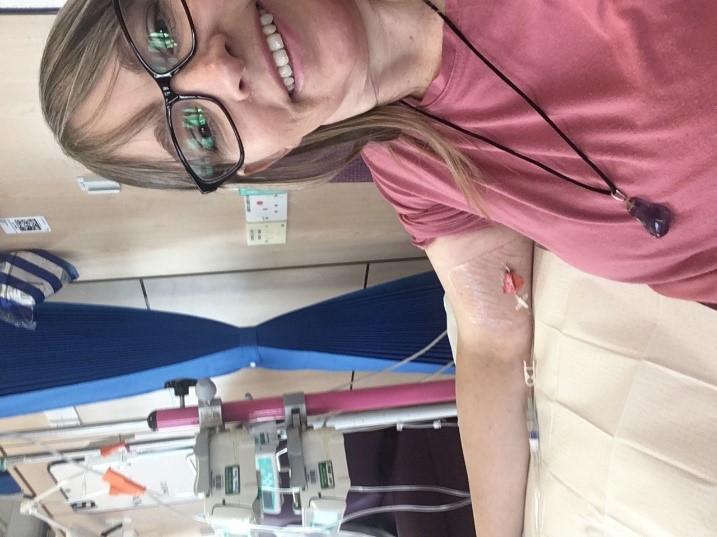