Dr Philippa Kaye, an extract of her book: Doctors Get Cancer Too

Dr Philippa Kaye, a GP who writes a weekly column in Woman magazine and is regularly seen on ITV's This Morning, was 39 years old when she was diagnosed with bowel cancer. Doctors Get Cancer Too is the tender, moving, but ultimately hopeful account of a doctor's experience with cancer in which Philippa shares the insights she gained not only through the diagnosis and treatment but in surviving and thriving through cancer and beyond. She has very kindly shared with us an extract of her book.

Yesterday I was diagnosed with colon cancer.

There are times when being a doctor and a patient is pretty great – when you see your baby's heartbeat on the pregnancy scan, and when you know what you need, what to ask for and who to see. Then there are times when it is pretty crap – when your kids are seriously ill and all you think of are the worst-case scenarios you have witnessed. And times like yesterday, when you look at a screen showing your insides and see something so clearly abnormal that you say: "What is that?"

I should probably backtrack a bit; no one just ends up on a couch hugging their knees with a tube up their bum without a bit of backstory. Though some people may well enjoy that sort of thing.

Since the birth of my youngest, my daughter, four years ago, I've been having some intermittent pain in my pelvis. I've had multiple pelvic surgeries, including three Caesarean sections, and the removal of my appendix and an ectopic pregnancy. I presumed that the pain was linked to some scar tissue and didn't think much of it. I am like that, and I think many of us are – if we can explain something, or if it isn't bothering us, we put it out of our minds and keep going.

But in the past three or four months the pain has got worse, so eventually I saw a doctor who I used to work with when I was a junior doctor. He also delivered my first baby. Although you would have thought that having him examine me would be weird, it really isn't – doctors don't think about that sort of thing, they just get on with the examination. The ultrasound seemed normal, but I was referred to a colorectal surgeon – one who I refer patients to regularly – to check out my bowel, just to be sure there was nothing there before considering surgery.

The surgeon thought everything was fine, but advised me to have an MRI (magnetic resonance imaging scan), as it was better for seeing scar tissue or other problems.

The MRI showed up a very slight abnormality, a small bit of spasm in the lower colon. This could have been anything and nothing, and while most radiologists wouldn't have commented on it, this one advised the surgeon to perform a colonoscopy, even though the surgeon was confident the results would come back normal.

A word of caution to anyone who may have to have a colonoscopy: bowel prep is revolting. Before the procedure, the patient must drink a laxative to help completely clear the bowel of waste. My drink was like peach-flavoured seawater and made me feel unbearably sick all day. Not much happened for five hours, which was somewhat surprising, and even after the second dose when I did start hosing Armageddon from my behind I was still surprised as I thought there would be much more.

There I was, waiting for the colonoscopy. I became irritated because bowel prep isn't the most fun and I knew the results were going to be normal – and therefore a waste of time – and I would have to have exploratory surgery to remove scar tissue anyway. The surgeon breezed in, said he thought it would be fine, as I suspected, but there was a 1 per cent chance at my age of having a polyp so big it couldn't be removed via the scope.

The outfit provided for the colonoscopy was simply sublime. You could wear it to the Met Gala and quite frankly no one would raise an eyebrow. Dark blue "modesty shorts", though nothing modest there as they have a great gaping hole in the back for arse access. Then the routine went as follows: cannula in, bit of sedation, lie on your left side, tube up the bum and off we go. Only I don't think the sedation really did much as I remember every single moment of what came next. Within seconds we saw something.

Surgeon: "Erm, that is unusual. There seems to be a growth."

"I think you are going to need an operation."

Purchase Doctors Get Cancer Too here 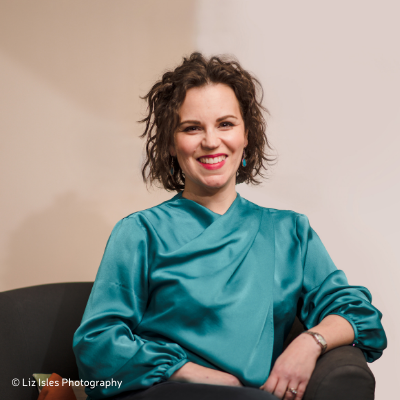 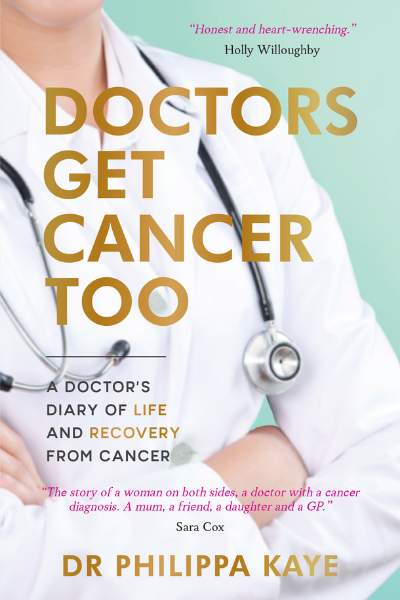