Deborah Alsina MBE joined the charity 11 years ago as Director of Services and Strategy - a year after losing her father to the disease in 2007. With extensive experience of all aspects of voluntary sector management and leadership from strategic planning to policy and communications, Deborah was ideally placed to take on the role of Chief Executive when it became available in 2009.

Ten years ago the charity was facing enormous challenges on almost every front (financially, strategically and operationally) with closure being a real possibility. Throughout this time, Deborah has worked tirelessly to turn the charity around, building strong foundations for continued development in the future and growing the charity’s income. She has grown our staff from 20 – 60 and opened offices in Scotland and Wales with home-based staff in Northern Ireland alongside our Head Office in London. She also launched and developed our thriving volunteer programme, which has been vitally important in raising awareness of bowel cancer across the UK.

Deborah is a leading advocate in the UK and internationally and has helped to ensure bowel cancer is on the national (and international) health agenda by playing an active role in numerous committees. Her advocacy and strong personal commitment to representing public and patient interest has helped to ensure a new, simpler to use and more accurate screening test is being introduced in all four nations of the UK, along with an important commitment to reduce screening age to 50 in England and Wales in line with Scotland and international best practice. This will undoubtedly lead to more cancers being prevented and more people diagnosed at an earlier stage when treatment is more effective.

To accelerate progress in saving almost 332,000 lives from bowel cancer between now and 2035, Deborah bought together 100 leading scientists, healthcare professionals and people affected by the disease to identify the key research gaps and priorities in bowel cancer research, published in a scientific journal. If addressed, they could transform survival rates and ultimately benefit thousands of people in the future.

Her leadership and foresight of the charity to support and fund targeted research to help stop people dying of bowel cancer, has enabled us to:

Deborah led the development and launch of the charity’s flagship Never Too Young campaign, which aims to improve the diagnosis treatment and care of younger bowel cancer patients. This campaign has led to significant changes in public awareness, academic study and positive changes in clinical guidance which practically have an impact for younger patients, although she is the first to say that there is much still to do.

As part of the Never Too Young campaign, she also instigated and secured funding from the Department of Health for the development of a risk assessment tool led by Professor William Hamilton at the University of Exeter, to support GPs to better identify the presenting symptoms of bowel cancer or inflammatory bowel disease in patients under 50. This is the first of its kind for young people and aims to speed up the diagnosis of younger patients who often experience significant delays.

Deborah has also led the drive for improvements in the identification and management of people at highest risk of bowel cancer with genetic conditions such as Lynch syndrome. This led to new National Institute for Health and Care Excellence guidance being introduced in 2017 for universal testing and now finally to the development of targeted screening for this high risk group.

She has also been a long term and vocal advocate for improvements in diagnostic workforce capacity as this is at the heart of many of the delays and late diagnoses too many bowel cancer patients continue to experience. This has helped ensure that endoscopy and pathology capacity remain high on the policy agenda although frustratingly as yet not clearly solved.

Deborah is exceptionally well networked in the UK and internationally within the bowel cancer community. This has enabled her to lead the development and launch of a global campaign, called Get Personal, with Australian, American, Canadian and other European charity partners for patients diagnosed with advanced cancer (stage 4) to have more treatment options to increase survival rates and improve their quality of life. It has also led to our Never Too Young campaign now being run in Australia, Canada, America, New Zealand and other parts of Europe and this is leading to positive global change for younger bowel cancer patients.

Colleagues and patients describe Deborah as an inspiration. She is resolute in putting patients and families first and is deeply passionate about building personal relationships and supporting people at often tremendously difficult times for the individuals concerned.

In June 2016, Deborah was awarded an MBE in the Queen’s Birthday Honours, nominated by patients and their families for her commitment to the cause and charity. She has also been awarded Charity Chief Executive of the Year at the Third Sector Excellence Awards, named charity principal of the year at the Charity Times Awards and been included in the Top 30 charity Social CEOs numerous times and also won a Charity Comms Inspiring Communicators award.

Our Chair Patrick Figgis said: “We are indebted to Deborah for the outstanding leadership she has provided. Helping bring together two bowel cancer charities as one has been one of her greatest achievements in her constant pursuit to enhance outcomes for people affected by the disease. She has championed national policy change, provided endless support to patients and their families and has rightly been recognised for her service to bowel cancer patients.

We wish Deborah every success in her new role in the knowledge that Bowel Cancer UK is well placed to continue to save lives and improve the quality of life of everyone affected by bowel cancer by campioning early diagnosis and access to best treatment and care whilst also investing in high quality research.” 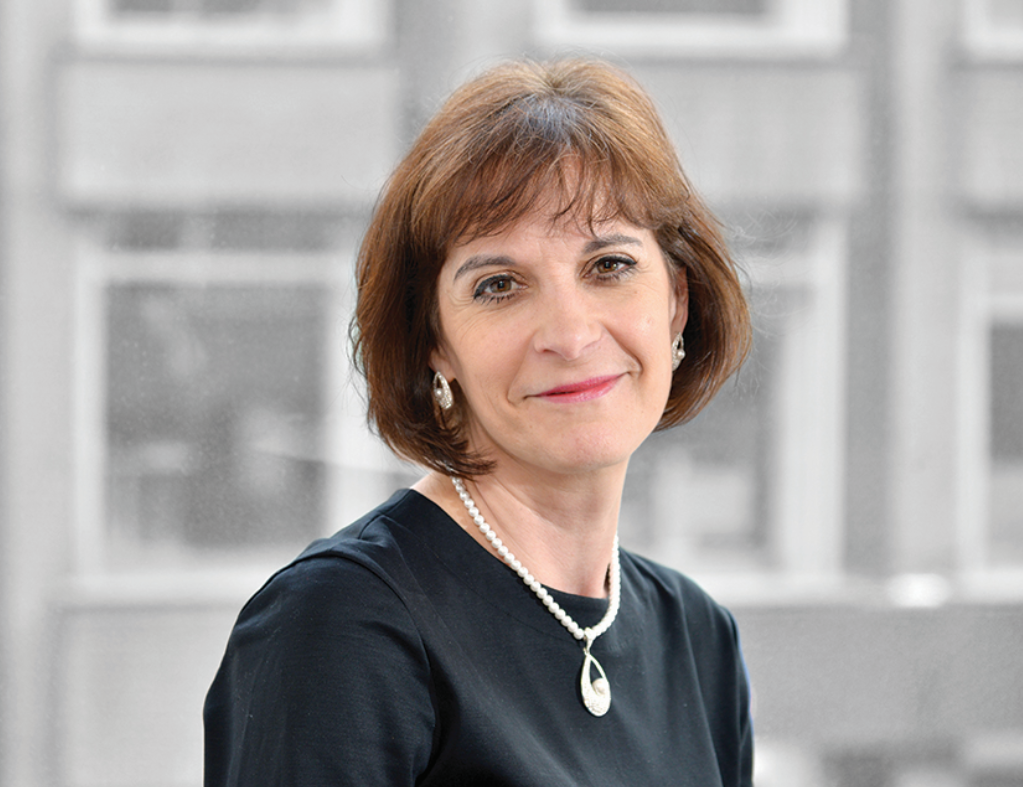