Cheering on #teambowelcancer at the London Marathon

Recently diagnosed Suzie Smith wanted to help the bowel cancer community in anyway way she could. So she volunteered to support our runners at the 2021 London Marathon.

I never wanted to be part of a cancer clan, no one wants to, but we are here and it's easier to do it together.

On the day that I got the official news, I reached out to a cancer support group for 30 year olds. I already knew that I was about to start learning a second language and I would need help. A few days later, I decided I wanted to use the skills I had before cancer to help and that's when I got in touch with Bowel Cancer UK.

As an average runner, and someone who regularly gives compliments to strangers on the tube, when the charity asked if I wanted to be a cheerleader at the London Marathon I knew this was a role I was born for!

I was told on the weekend before my official diagnosis that cancer brings out the best in people and I think marathons do the same thing. It is such a display of human greatness, people have woken up every day to train to complete a goal that they maybe once thought impossible.

I attended the London Marathon and I had a blast at the heart-breaking 22nd mile, with my fellow bowel cancer cheerleaders. Seeing the #teambowelcancer runners powering along and the mighty smiles that appeared when we yelled their names was exhilarating! I was in such awe of every single one of them, but I also felt so overwhelmingly thankful. Thankful for their donation of time, commitment, determination and of course funds to keep fighting this disease – you are all superheroes!

Everyone had a reason to be running, and everyone running for bowel cancer has a connection to this damn disease and that felt special to be supporting other people's stories whilst at the same giving me an opportunity to help (in a small way) to support my new community.

Not everyone will run a marathon, hell I have ZERO desire, but we can all find our way to listen and cheer for anyone who has been touched by bowel cancer. 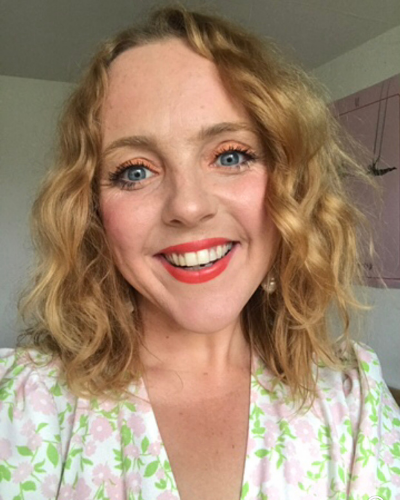