Challenging others to get moving in memory of Karl

Emily Pike lost her close friend Karl to bowel cancer in 2018 at the young age of 30.

Bowel Cancer UK is a charity close to my heart. Karl and I had been friends since school. Karl was always the joker of the group, pulling pranks on us and always making us laugh. With Karl around, you always had a smile on your face. He was the most genuine, kind person I have been lucky enough to have known. We all celebrated Karl's wedding where he got married to Helena in April 2017. Shortly after, in July 2017, Karl was diagnosed with stage 4 bowel cancer. He had been experiencing some symptoms including tiredness and uncomfortableness after eating but this was suspected to be either irritable bowel disease or possibly an ulcer. He was eventually referred for a scan which was when a tumour was identified in his bowel and lymph nodes. Karl underwent several surgeries and treatments, but sadly he passed away in March 2018, a month before his first wedding anniversary.

After losing Karl, I was shocked to realise how many young people experience bowel cancer as it is typically thought to be an illness that affects older people.

Me and my friend, Emily Ciavarella, wanted to raise awareness and raise as much money as possible to support those who are living with bowel cancer or who had experienced a similar loss.

So we set up 'The Big Bowel Movement'. This is the first year we have run the event, but we are hoping to make it an annual fundraising event to coincide with the weekend of Karl's birthday. Our aim is to get as many people as possible on the move on Sunday 17 October 2021, by any self-propelled means possible, whether it be walking, cycling, running, kayaking, scooting, kart-wheeling, or any other inventive activities. A small donation is made to enter the event, then we will collate everyone's distance in kilometres to try to reach our target of 1000km! It is a tall order but we are hopeful with lots of participants we can reach it.

To find out more on how to get involved or to donate, please visit The Big Bowel Movement JustGiving page. 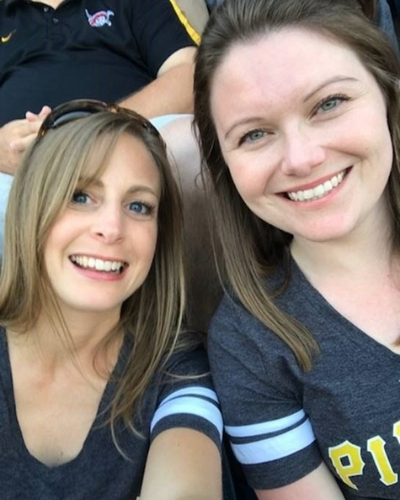 Emily Pike and Emily Ciavarella (above left and right) are challenging others to get active in memory of friend Karl, pictured below. 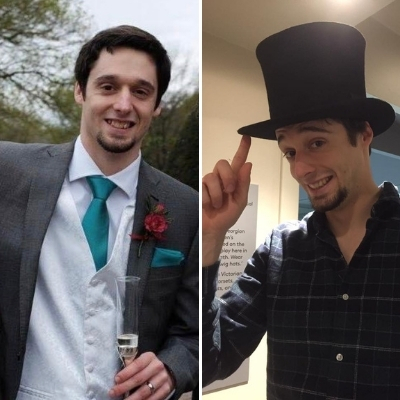