Our awareness volunteer Kevin Etheridge has been named community champion of the year at the Local Government Information Unit (LGIU) 2021 Councillor Awards.

Along with other community work, Kevin was praised for raising awareness in his community about bowel cancer. Over the years he has penned letters to Ministers in the Welsh Assembly and written a number of articles in the Western Mail and South Wales Argus. Within nominations for his award, Kevin was praised by residents as having a strong character and sheer determination to always put others before himself.

Kevin was diagnosed with bowel cancer in October 2019 at the age of 60. He was diagnosed early and the tumour was removed from his bowel through surgery. He said he initially ignored the screening test kit that he was sent in the post and did not appreciate the importance of it at the time. Since then he has become a strong advocate for the screening programme.

Kevin said: “It is essential to take the screening test to catch this awful disease at an early stage.”

Kevin has volunteered regularly for our charity for the past three years to help raise awareness of the symptoms of bowel cancer and the importance of screening. He recently attended an awareness session where he spoke to residents in a community centre in Cardiff about his experience.

Sian Salkeld, Wales Programme Lead at Bowel Cancer UK, said: “We would like to congratulate Kevin for winning this incredible community award. We’d also like to thank him for all the work he has undertaken volunteering for our charity. He has definitely inspired many people to take part in screening and visit their GP if they are worried about symptoms.” 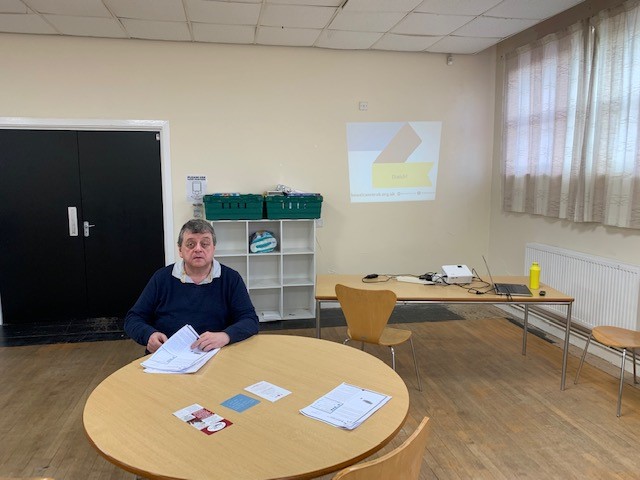