In December 2020, my husband began to experience blood in his stool, continuous bowel problems and stomach pain. He did have a few remote appointments with his GP, however the symptoms were attributed to something else.

In February 2021, he ended up going into A&E and requesting a CT scan as he knew something more serious was wrong. Following the CT scan they booked him for a colonoscopy the next week, and they diagnosed the cancer on the spot. We were incredibly shocked and really upset by his diagnosis. Having a young son, we were very fearful of the unknown and a cancer diagnosis is so scary.

He started treatment in March 2021, beginning with five weeks of combined radiotherapy and chemotherapy. We even got married on the second day of his treatment. He then had a bowel resection surgery, placement of a stoma and further chemotherapy.

I held an auction of archival artworks from my studio with 25% of the proceeds going to Bowel Cancer UK. I also sold a series of drawings earlier in the year of which 25% went to the Royal Marsden Cancer Charity.

I am still receiving the donations but it is looking like, so far, over £900 has been raised for Bowel Cancer UK. 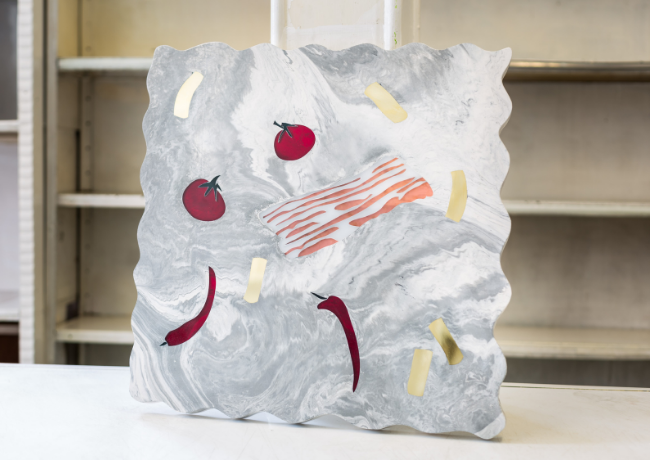