A group of friends took on a Spartan Ultra race

Don, Tom and Marcus completed a 12 hour Spartan Ultra race to raise money for the charity. Don, 41 from Bristol, shares with us why they put themselves through this gruelling challenge.

On Saturday 14 September at 7am in the middle of an open field in Perth, Scotland, we were at the start line about to begin a 32 mile obstacle race. We’ve done other shorter similar races before, but this was next level. It was something that we wanted to do for our good friend, Richard Bingham – or Bingers, as we like to call him.

We all met at uni, around 20 years ago, and it was a devastating blow to hear that Richard had bowel cancer. We all just felt so helpless. We wanted to do something positive for him, and knowing that Richard supports the charity – he’s even fronted two of their national campaigns - it was a no-brainer for us to choose Bowel Cancer UK to fundraise for.

To say the race was challenging is an understatement. We spent three months preparing ourselves and a further six months training. Running 32 miles is tough but when you throw in 70 obstacles like spear throwing, barbed wire crawls, monkey bars and eight foot wall climbs, it’s no wonder that around 30% of people don’t cross the finish line.

It was an incredible day, and it was just amazing to complete it in just over 12 hours. We’d do it all again for Bingers. 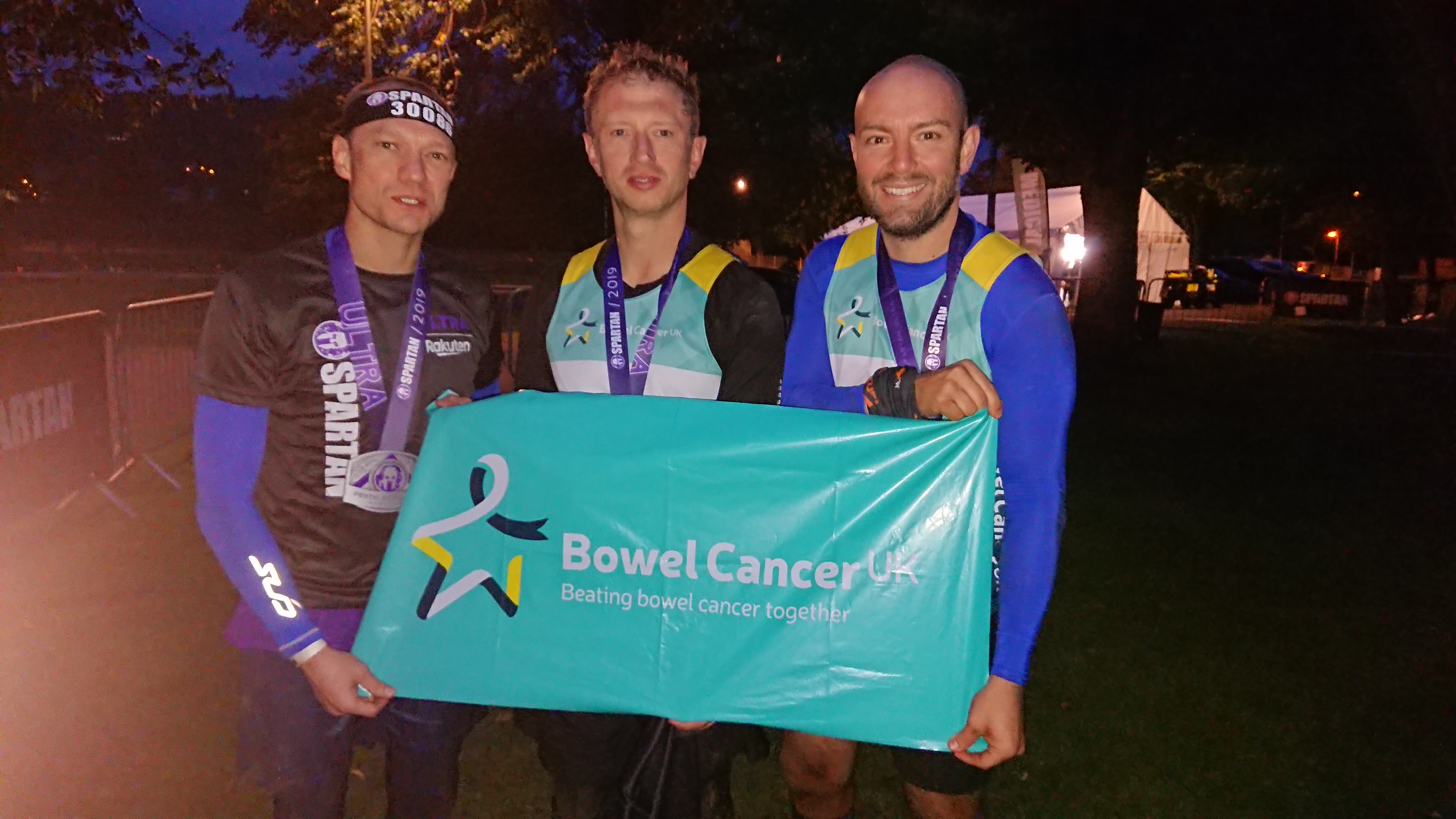