I’m 82 years old and considered vulnerable during the present crisis. In the first week of the lockdown, I was walking round my garden for exercise when I decided I could turn this into something useful and make it a sponsored walk.

I measured four miles by continually walking round my garden. My wife, Sandra, was appointed judge and drink provider and walked part of the distance with me. I chose to share any money raised between Bowel Cancer UK and Aquabox, where we have both worked as volunteers for about 16 years.

Why did I choose Bowel Cancer UK? I’ve twice suffered from bowel cancer and had two operations which have both been successful. I had a left hemicolectomy in 2002 and a right hemicolectomy in 2016, I now have a very short colon but it works. I have a slight irregularity which I was warned would happen but it is not a problem. I lead a perfectly normal life and I am generally in good health and active. I am a very lucky man.

In the last year two members of the Rotary Club have had operations for bowel cancer and although the operations were a success, one of them, a good friend of ours, is still having chemotherapy. A fellow Aquabox volunteer and a good friend lost his 33 year old daughter to the condition.

The one thing I would say to people is do not ignore any symptoms, however slight. In 2002 I had virtually no real symptoms. I had lost a bit of weight and had an occasional minor upset stomach, but nothing to worry about I thought. As I was going abroad on holiday I went to the pharmacist and asked for something to settle my stomach. He refused to give me anything and told me to go the doctor. I laughed at him but eventually did what he said. My GP was on the ball, got things moving and I am still here. If I had delayed much longer, it may have been a different story.

In 2016 I had no obvious symptoms again but the cancer was found during a routine follow up colonoscopy. I have had wonderful treatment the whole way through and count myself a lucky man.

I don’t really think that what I did - walking four miles - was very exceptional, but I am pleased I have been able to help in a small way. I raised £880 supported by my Rotary Club and half of this will go direct to support people with bowel cancer.

If you're inspired by Bob then have a look at our virtual fundraising ideas or have a chat with our fundraising team by emailing community@bowelcanceruk.org.uk. 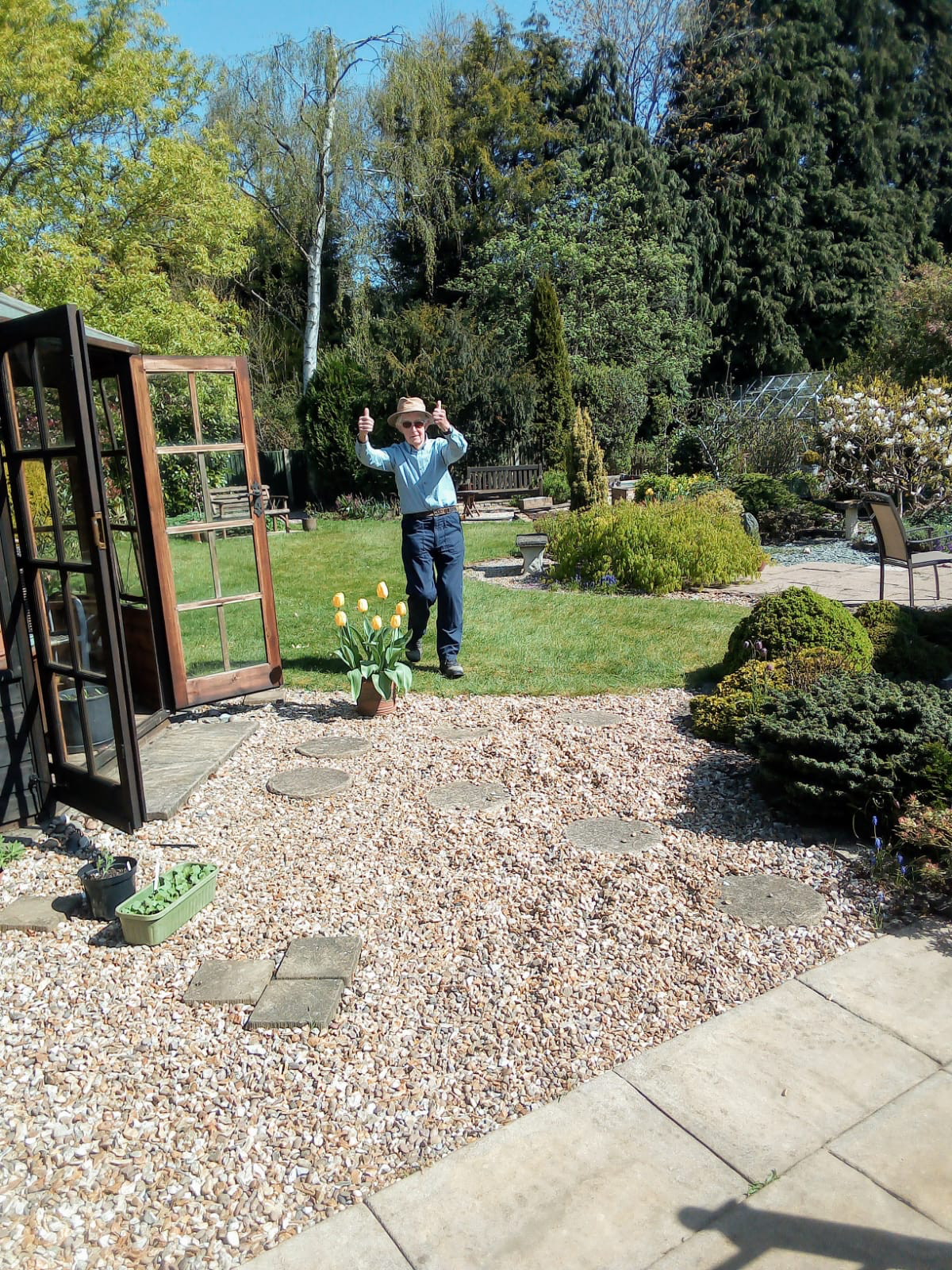