The National Institute for Health and Care Excellence (NICE) has approved a new drug combination, nivolumab and ipilimumab, on the NHS for some people with advanced bowel cancer in England and Wales.

This follows news in May when NICE also approved the use of drug pembrolizumab, which is available as a first line treatment for some people with advanced bowel cancer. Advanced bowel cancer is when cancer has spread to other parts of the body.

Both of the new recommendations are for a type of targeted treatment called immunotherapy. Immunotherapy uses your own immune system to destroy the cancer.

We are really pleased with these announcements, which provide treatment for those who currently have extremely limited options. We worked closely with patients to submit evidence of their experience to NICE and are delighted that the avalibility of these treatments on the NHS will offer new hope for those affected by the disease.

Nivolumab with ipilimumab (Opdivo® and Yervoy®)

Clinical trials show that this drug combination may extend how long people live. Some patients who have had access to nivolumab and ipilimumab have also highlighted that they have less severe side effects, such as nausea, stomach pains and fatigue, compared with chemotherapy.

This recommendation is based on data that has come from the KEYNOTE-177 clinical trial, that showed that it can double the time after treatment before the disease gets worse (also called progression-free survival) from around eight months to around 16 months. It may also extend a person’s life, compared to other treatments such as chemotherapy.

Who are the new treatments for?

Advanced bowel cancer is cancer that has spread from the bowel to other parts of the body. You may also hear it being called secondary, metastatic or stage 4 bowel cancer.

What does high microsatellite instability and deficient mismatch repair mean?

Cancer cells may have changes (mutations) in sections of DNA called genes. They can affect how the cancer grows.

Some people with bowel cancer have changes in genes called mismatch repair genes (MMR). These are genes that usually help repair DNA, but when they are mutated they may not work properly. Bowel cancers that have changes to MMR genes often have a high number of mutated genes. This is referred to as deficient mismatch repair (dMMR) or high microsatellite instability (MSI-High).

Everyone diagnosed with bowel cancer should have a test when they are diagnosed to see if they have changes to mismatch repair genes.

How were we involved?

We are determined to ensure that all people with bowel cancer have access to the best treatment and care. Capturing the views and experiences of patients and carers is an important part of the NICE process when making decisions about new drugs.

We gathered and submitted patient experience evidence to show the impact living with advanced bowel cancer has on patients and their loved ones for the Patient Organisation Submissions for both treatments. This information was collected from surveys and case studies of people diagnosed with advanced bowel cancer with high microsatellite instability or mismatch repair deficiency.

As well as this, our Head of External Affairs and some of our patient supporters attended a number of NICE committee meetings to share their experiences and answer additional questions posed by the committee members. Having patient involvement plays a key role in helping the committee to reach a decision.

We continue to campaign to improve access to treatment and quality of life for those diagnosed with advanced bowel cancer through our Get Personal campaign.

Around 10,000 people in the UK are diagnosed at the latest stage of the disease each year. People with advanced bowel cancer typically have poorer survival rates, but access to surgery and drugs can help to extend life.

There is also a lack of access to the right treatment and care. The current ‘one-size fits all’ approach to care for those diagnosed with advanced bowel cancer is not working and needs to change to improve survival rates. Many patients are not being referred for life-saving surgery or struggle to get access to drugs that have been shown to be effective. This includes access to liver and lung specialists.

A personalised approach to treatment and care to ensure advanced bowel cancer patients have access to the full range of treatment that is right for them is essential – from access to genetic testing at diagnosis and specialist surgery through to ongoing treatment, care and support. 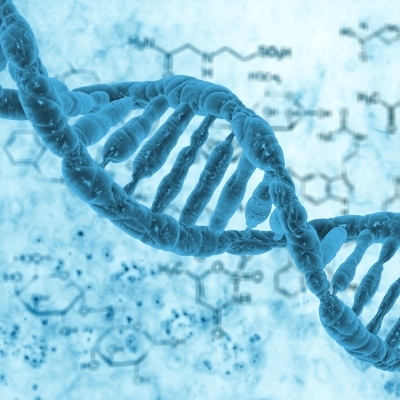