In November, the National Cancer Research Institute (NCRI) conference saw hundreds of researchers come together with patient representatives, charities, research funders and industry to hear about the latest cancer research developments. Our Head of Research, Dr Julia Ambler, gives us her highlights from the three-day conference.

The power of artificial intelligence

Amongst the vast and varying emerging uses of artificial intelligence (AI) is the potential for it to help diagnose and guide treatment for cancer. Consultant Radiologist, Professor Nicola Strikland, spoke about the potential for using AI to create “virtual biopsies” to help guide patients’ treatment.

Clinicians can already see certain aspects of a cancer, such as its size and shape, but using virtual biopsies means a computer is able to “see” much greater levels of detail, including how cells or parts of cells are organised. In a process referred to as ‘machine learning’, researchers can effectively teach computer programmes to recognise specific features of cancer.

Often, these physical features of a cancer are linked to the specific gene changes (mutations) that are present inside the cancer cells. These changes can influence how patients respond to treatment and how aggressive the cancer might be.

Cancer as a chronic illness

Many people are now living longer with cancers that cannot be cured, but can be managed. These are sometimes referred to as ‘treatable but not curable’ cancers. Likening the situation for some patients to “waiting for the sword of Damocles to drop”, Professor Phyllis Butow, from the University of Sydney, described how people can be left with uncertainty around when, if or how their cancer might progress. She emphasised the importance of providing appropriate support and coping strategies for this group of patients.

Clinical Oncologist, Professor Jane Maher estimated that there are well over 100,000 people in England living with a treatable but not curable cancer.  Many of them are not at retirement age and want to go back to work and their normal life. She emphasized the need for services to be designed and delivered with this group of people in mind.

Paul Cosford, a lung cancer patient and NCRI consumer forum member, rounded out the discussion by presenting the patient perspective. He spoke about how having uncertainty around his cancer can sometimes be helpful, as it allows him to hope for the longer term. There are also things he feels have allowed him to take back some control of his treatment, such as looking after his diet and lifestyle.

Although the results of the trial were not completely clear cut, they reported a lower rate of bowel cancer recurrence in the group given chemotherapy before surgery and fewer surgical complications. The team are currently planning the next phase of this research - FOxTROT trials 2 and 3, looking at a similar treatment in different groups of patients.

The Beacon trial tested a new three-drug combination (known as triplet therapy) for bowel cancer patients who have a particular type of gene change in their cancer called a BRAF mutation.  Bowel cancers with BRAF mutations are often more difficult to treat and don’t respond so well to chemotherapy.

The Beacon trial tested a combination of three drugs - encorafenib, binimetinib and cetuximab. Although the data from the trial is still being analysed, the early results show that patients being treated with the triplet therapy tended to live longer without their cancer progressing.

A genome is a complete set of all of the genes that make up a cell or organism. The 100,000 genome project originally set out to sequence 100,000 whole genomes to understand more about the building blocks of cancer and ultimately personalise treatment and care for each patient. In fact, the researchers have now exceeded this target, but there is still huge amounts of work to do.

The project produces both clinical findings - that are sent back to the patient’s medical team to inform treatment, and a rich source of data for researchers to help drive forward understanding of rare diseases and cancers. But at the moment, the time it takes to sequence the genome and feed that back to the medical team isn’t always quick enough to give useful guidance around best treatment.

Drs Alex Cornish and Anna Frangou spoke about some of the challenges they encountered in trying to analyse some of the bowel cancer data. Around 17,000 bowel cancer genomes have been sequenced as part of the project and 12,000 of those are available for researchers to access. Sometimes, the samples contained too many of the patient’s healthy cells from around the cancer and too few of the cancer cells. This can make it difficult to get meaningful information to guide treatment or use for research.

There were also some challenges encountered when trying to link the data to other patient information like the cancer stage or location in the bowel. A huge effort is being made to fill in some of these gaps. Dr Frangou emphasised that having both the researchers and clinicians involved in the project is a real benefit. And despite the challenges there was a real positivity and excitement about the potential impact this work can have for patients.

It was a packed three days with some fascinating presentations. The use of technology in driving innovation and advances in healthcare was a common thread in many sessions. The need to put the patient front and centre in research and during its translation into improvements in treatment and care was another. We’ll be watching with interest as some of the newer ideas are translated into reality! 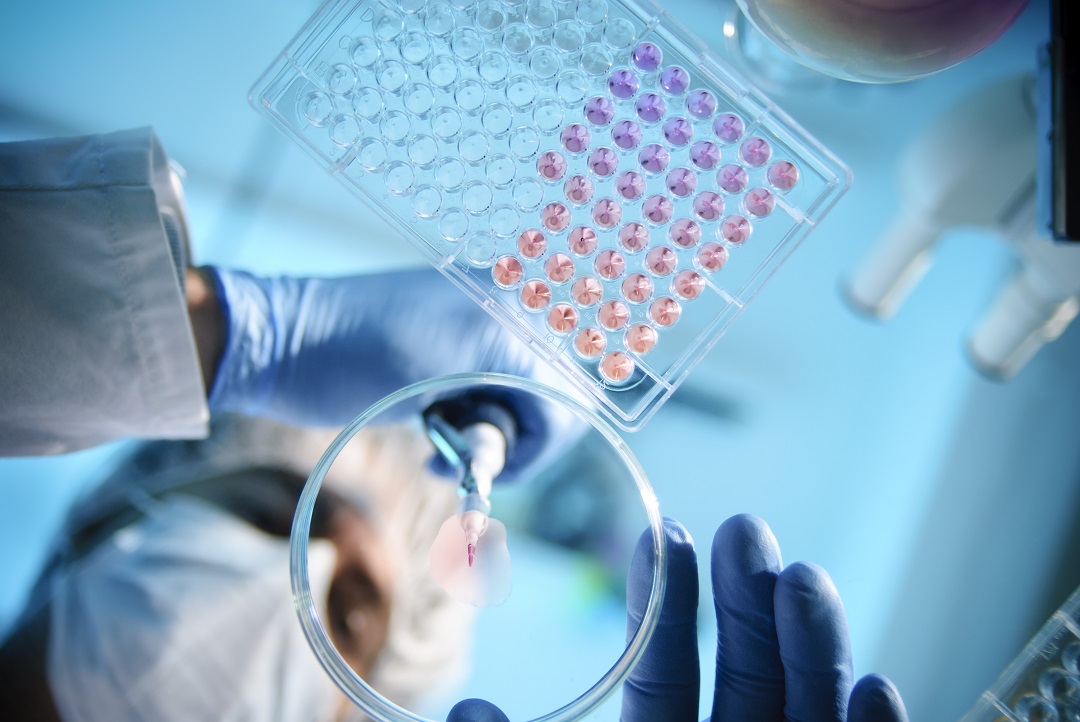