What is advanced bowel cancer?

Advanced bowel cancer, also known as stage four, secondary or metastatic disease, is when the cancer spreads from the bowel to other parts of the body, most commonly the liver or lungs.

Around a fifth of patients with advanced bowel cancer (20%) have liver-only metastases. National guidance recommends referring patients to a specialised Hepatobiliary (HpB) MDT. It's important that liver specialists are consulted because research shows patients treated with chemotherapy alone survive for around six to 22 months, compared to 44-74% of people surviving five years following resection of liver metastases. This is also supported by a study carried out by NHS England, which showed that patients treated at a hospital with an HpB MDT on site had improved survival rates.

What is an advanced bowel cancer Multidisciplinary Team (MDT)?

Before cancer patients begin treatment, they are usually reviewed by an MDT specific to their cancer type. The MDT makes treatment decisions based on the cancer site that they specialise in, for example bowel MDT for bowel cancer, lung MDT for lung cancer etc.

Advanced Bowel Cancer MDTs bring together the specialists with a range of expertise needed to manage and treat every aspect of advanced bowel cancer into one team. This type of MDT can make informed decisions quickly and provide patients with the most effective "personalised" treatment options, and in turn increases patient chances of quality survival.

Bowel Cancer UK campaign to improve treatment and quality of life for those diagnosed with advanced bowel cancer. We published our Get Personal policy report and have campaigned for advanced multi-disciplinary regional teams as the best means for undertaking treatment decisions.

We know many advanced bowel cancer patients do not have their case reviewed by MDTs best suited to deal with advanced bowel cancer. Sadly this results in patients not being offered surgery or other treatments that could save or prolong their lives. Research carried out by Aintree University Hospital Trust found out that not involving liver specialists during treatment decisions denied patients the opportunity of potentially curative surgery with the devastating result that they were placed in a palliative treatment instead.

Mary 'Philsie' Mulholland from Belfast had surgery for advanced bowel cancer in 2018.

"I experienced extreme fatigue over Christmas but initially put it down to the usual hustle and bustle of the season but as we entered the New Year unfortunately the fatigue continued and my sister encouraged me to seek medical advice. I attended an ultrasound scan in the Ulster Clinic and it showed an issue with my liver, I was advised to have a colonoscopy which was undertaken on the same day.

"Being told I had cancer wasn't something I had expected and it took me a long time to process, thankfully I had my daughter to support me and take notes as it was very difficult to take everything on board all at once.

"I started my chemo in the City Hospital and I vividly remember asking once the chemo was finished would they be able to operate? To be told that they didn't think that would be the case wasn't really painting a pretty picture. At one point I was told to operate would actually be fatal.

"A glimmer of hope came when Professor Richard Wilson carried out a biopsy and it came back and showed I could try another chemo. I kept enquiring about the prospect of operating but was told that my scans had been sent and nobody would risk operating on me. It took me at least a month to process that I might actually die and was an extremely traumatic time. Nearing the end of my chemo cycle I got news that a wonderful liver surgeon, David Vass, said he would operate.

"David explained the surgery to me and I was so keen I asked him when he could start but he told me I needed to go home and think about it as it was a big undertaking."

Philsie underwent two major operations to remove her cancer. Her first surgery was a combined operation with bowel surgeon Mr Tim McAdam. Shortly afterwards a portal vein embolization was performed by the skilled interventional radiologist Dr Raghu Sathya which caused one side of her liver to grow. This allowed remaining tumours to be removed with a second operation just over a month later which was a complete success.

Philsie concluded: "I am so incredibly grateful that David took the chance on me, even though he insisted that it was teamwork.  Without his intervention the outcomes would have been very different."

"There has been a significant change in treatment options for patients with Stage 4 bowel cancer. This has evolved from a quite hopeless situation where only a select few patients were suitable for treatment to current opportunities, where a significant number of patients can enjoy improved survival rates and quality of life.

"Although not standard practice in our NHS, advanced bowel cancer MDTs have the potential to help us to treat the disease more effectively and unlock many barriers that exist. This requires a team which consists of surgeons (liver, lung and bowel specialists), oncologists who specialise in chemotherapy, and radiologists who can provide detailed assessment on scans and can perform non-surgical procedures and finally clinical nurse specialists who support patients through their cancer journey. Our current models of MDT working relies on the traditional concept of an MDM for each tumour location, which often run in parallel. This results in "a one size fits all approach" and causes practical issues such as delays and variation in treatment plans. By combining these and other applicable specialists into one team, an advanced bowel cancer MDT can come to well informed decisions quickly and provide patients with the most effective treatment options. This increases patient chances of quality survival.

"It is with this hope that all members of the team who care for patients with bowel cancer can work towards improving their cancer journey. I personally would like to thank Bowel Cancer UK for their support as we inch closer to an advanced bowel cancer MDT in Northern Ireland." 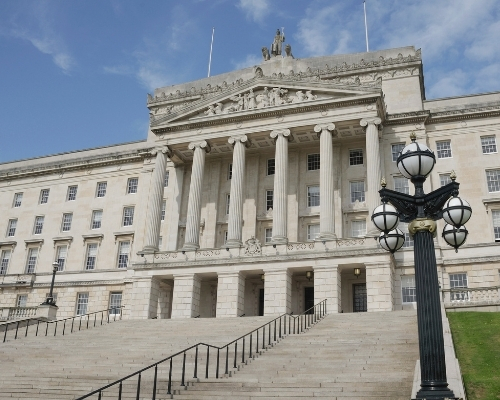