A new study has found that increasing the sensitivity of the faecal immunochemical test (FIT) can help to identify more cases of bowel cancer, advanced polyps (non-cancerous growths) and Inflammatory Bowel Disease (IBD) in younger people when they attend their GP practice with symptoms.

The research by Mr Nigel D'Souza and colleagues, found the number of patients who had both larger amounts of blood detected in their poo and who were diagnosed with serious bowel diseases (including bowel cancer), supports a need for an urgent care pathway for younger patients. This may help avoid delays in diagnosis and treatment.

Testing younger patients with FIT when they first present with non-specific symptoms of bowel cancer may also prevent delayed diagnosis by reducing the number of times they need to attend GP appointments.

We worked closely with the researchers in this study and co-authored the research paper, and also provided evidence from our Never Too Young report, to ensure the voices of younger people with bowel cancer were heard.

FIT is a test that looks for hidden blood in poo. If blood is detected in a sample, further tests may be needed to find out the cause of the bleeding. You may have FIT if you have some symptoms of bowel cancer.

It is also used in the bowel cancer screening programmes across the UK for people over the age of 50 or 60, depending on where you live in the UK.

Why is this research important?

Every year over 2,500 younger people are diagnosed with bowel cancer in the UK, and the numbers are rising.

Unfortunately, this means that some younger people have had to visit their doctor multiple times before being referred for investigation for bowel cancer.

Our report surveyed over a thousand young people living with bowel cancer. It found:

Our Never Too Young campaign was launched in 2013 and is leading the change for younger bowel cancer patients. Since then we have: 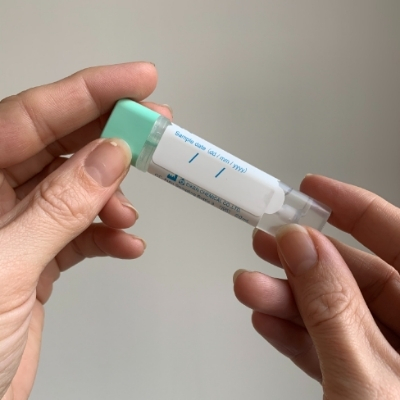