Bowel cancer is much more than just the tumour itself. The way the disease grows, develops and responds to treatment is influenced by a whole neighbourhood of cells and other molecules that surround it. In this blog, we look at how research is helping to uncover more about this sophisticated neighbourhood – the so-called ‘tumour microenvironment’.

Much more is known than ever before about the way bowel cancer grows and develops, some of the genes that are involved and which treatments are likely to work best for which patients. Despite this, every year over 42,000 people are diagnosed with bowel cancer and it remains the UK’s second biggest cancer killer – so it’s clear there’s still a long way to go.

Bowel cancer develops when cells of the bowel change and grow in an uncontrolled way. Many of the breakthroughs in treating the disease have focused on these cancer cells themselves. This has led to some key improvements in treatment, such as the development of more ‘targeted therapies’, which, as the name suggests, target specific changes that are found only in cancer cells. And although these can work really well in some patients, for other patients they don’t work at all.

But bowel cancer isn’t just about cancer cells themselves – to be able to successfully grow and develop, a cancer interacts very closely with the environment surrounding it, including cells of the body’s own immune system, blood vessels and other tissues, proteins and structures. This changing ‘neighbourhood’ that the cancer becomes a part of is known as the ‘tumour microenvironment’.

Differences in the make-up of a tumour’s microenvironment could mean the difference between a cancer growing quickly and spreading throughout the body or growing slowly and being destroyed. The tumour microenvironment can also play a big role when it comes to how well treatments work for each patient.

It’s hoped evolving research in this area could hold further clues as to how and why bowel cancer develops in the first place, help predict how quickly it will grow and progress and crucially, find ways to stop it. That’s why it was a recurring theme in our Critical Research Gaps Initiative and a hot topic within the bowel cancer research community.

There’s already been exciting progress in this area. For example, it’s already possible for researchers to grow realistic ‘models’ of bowel cancer and the surrounding microenvironment in the lab. This provides important information about how fast bowel cancers are likely to grow and respond to treatment. But as knowledge progresses, more advanced models are already needed.

Furthering understanding of the microenvironment could also help pathologists, who analyse bowel cancer samples. The rich information pathologists are able to gather from patient samples, could be even more useful to guiding treatment and care decisions if they were able to take the surrounding tumour neighbourhood into account too.

And efforts to improve survival in patients with advanced bowel cancer could also see real benefit if more was known about the tumour microenvironment. Some patients with a certain type of bowel cancer can already benefit from immunotherapy, which targets cells of the body’s own immune system. But greater knowledge of the tumour microenvironment as a whole and its relationship with the cells of the tumour is needed to really drive progress forward.

Uncovering the key differences in patient’s microenvironments and how to identify them could ultimately pave the way for better, more personalised treatments for bowel cancer patients. And we’re already funding research which looks at some of these differences in more detail.

Professor Ilyas and his colleagues, from Nottingham University, are studying the tumour microenvironments of bowel cancer patients under 50 vs. older patients to see if there are any key differences. We know that changes to genes (such as those that cause Lynch Syndrome – a genetic condition linked to bowel cancer) can help explain bowel cancers in some younger people, but it’s thought this only accounts for a small proportion of younger patients.   The researchers believe that differences in the tumour microenvironment might also provide clues as to what causes bowel cancer in younger patients, and why these cancers appear to grow more quickly.

In order to really make headway, the research team will use artificial intelligence alongside cutting-edge lab techniques to take a better look at these complex neighbourhoods that surround bowel cancer. They hope this might reveal some insights into the causes of bowel cancer in younger patients and help provide vital information to guide development of new, more tailored and effective treatments for patients. 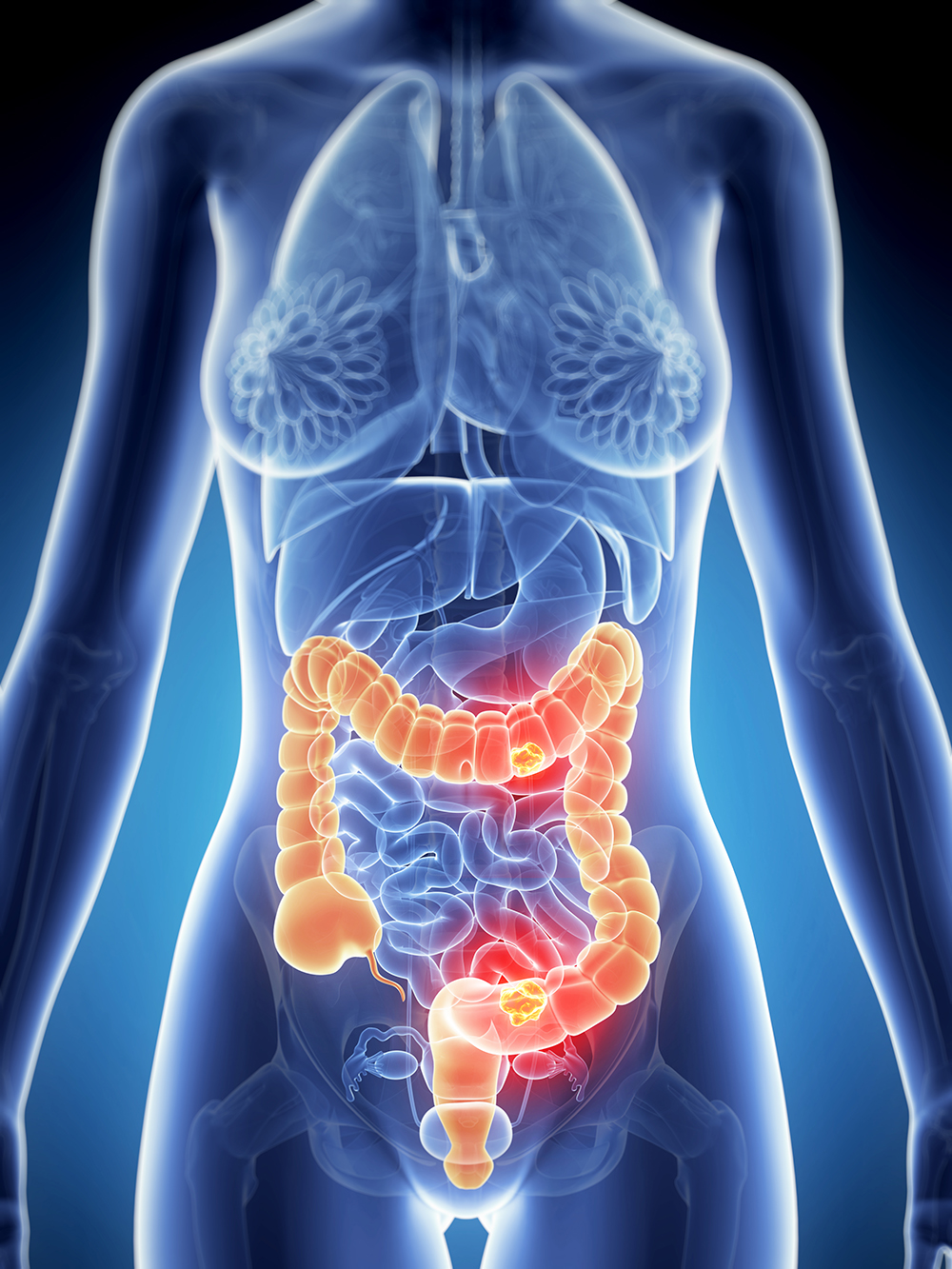