Bowel cancer after a 'clear' colonoscopy

This week Dr Nicholas Burr and his colleagues published new research in the British Medical Journal (BMJ) highlighting variation in the quality of colonoscopies performed in England. Here, guest blogger, Pete Wheatstone, patient representative and member of the Bowel Cancer Intelligence UK Patient-Public Group, talks us through these findings in more detail.

What is a colonoscopy?

A colonoscopy is an examination to look at the lining of your large bowel, to see if there are polyps (pre-cancerous growths) or a cancer within any part of it. It's carried out using a long flexible tube with a bright light and a tiny camera on the end. As well as being the main test used to detect bowel cancer (also known as colorectal cancer), colonoscopies can also prevent cancer by removing polyps found during the procedure.

How well do colonoscopies work?

As patients, we assume that a colonoscopy will always detect any cancer and any polyps. However, in reality, things are just not that simple. Tumours and polyps can look different in each patient and at different stages of their growth or be obscured from the view of the camera.

This means cancer and polyps can sometimes go undetected. So, despite having had a 'clear' colonoscopy, some patients go onto develop bowel cancer – referred to as post-colonoscopy colorectal cancer (PCCRC) or 'undetected cancer'. Not detecting a cancer in this way can lead to poorer outcomes for patients – the earlier the cancer is identified the more treatable it is.

Of course, occasionally the polyp or cancer simply isn't there when the colonoscopy is being done and a quick growing cancer develops afterwards. So although it's called an 'undetected' cancer, sometimes there is actually no cancer or polyp to see at the time.

Dr Burr and his colleagues in the Bowel Cancer Intelligence UK research group, led by Professor Eva Morris, have been working to understand how many people in England have had a undetected cancer after a colonoscopy and whether this varies in different parts of the country.

Bowel Cancer Intelligence UK looks after a large, secure research data system known as the UK Colorectal Cancer data Repository (CORECT-R). It contains data about diagnosis, treatment and outcomes from patients who've had bowel cancer. Researchers can apply to access this rich source of data to help them answer research questions. It can also be used, as it has been in this research, to highlight variation in treatment and care and then hopefully be used to drive improvements. The data is all de-identified which means researchers cannot identify individual patients from that data.

Dr Burr looked at data about bowel cancers that had been diagnosed in England between 2005 and 2013. If any of these cancers had been diagnosed within three years after the patient had a colonoscopy, then it was classed as an undetected cancer.

They showed that over time, there was a reduction in the rates of undetected cancers in England meaning that the quality improved. However, there were still significant variations in the rates of undetected cancers across different colonoscopy providers in England. Encouragingly, providers that were part of the NHS's Bowel Cancer Screening Programme, tended to have the lowest rates.

What's the benefit to patients and healthcare professionals?

If all the colonoscopy providers had undetected cancer rates equal to the providers with the lowest rates, then over the nine years the study covered, up to 3,900 bowel cancers might have been diagnosed earlier or even prevented. I hope that this research might help to improve colonoscopy services. There will be an increased emphasis to establish 'best practice' from those best performing providers and to see that best practice implemented in those that have not performed so well.

As a cancer patient who still has regular colonoscopies, I feel that I want to find out how my local provider has performed. However, much more importantly, I want to have confidence in knowing that my local provider is following any revised 'best practice' that can be established. I would like to receive this confirmation from my local colonoscopy provider the next time I receive my appointment for a colonoscopy.

The research highlighted that certain patients, such as those who'd had previous cancers, and some other bowel conditions, were at higher risk of an undetected cancer following a colonoscopy. Increasing awareness of these groups amongst endoscopists (the healthcare professionals who carry out colonoscopies) has the potential for even more cancers to be diagnosed earlier or even prevented.

While the current research highlighted that there was a lot of variation in the numbers of undetected cancers across England, the team were not able to find out why these might have happened. Bowel Cancer UK have just funded a new piece of research, led by Professor Eva Morris which will do just that. They will identify cases of undetected cancer going forward and ask the hospital where it occurred to review these cases in detail. This review process will help the hospital to understand what happened and why the cancer may have been undetected. Professor Morris and her colleagues can then look at all the cases across all the hospitals to identify the most common reasons for bowel cancers not being detected at the time of a colonoscopy. 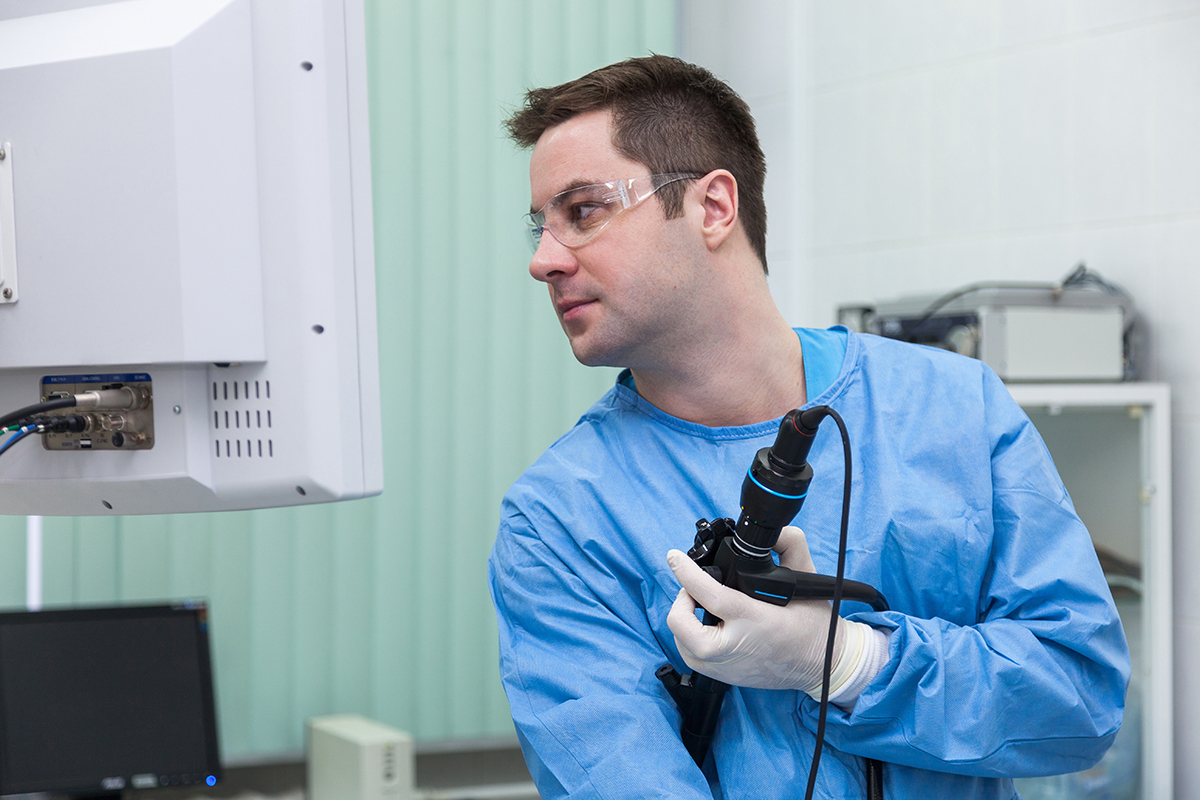