No Butts campaign on ITV's Lorraine

We're delighted to be working with ITV's Lorraine again on the No Butts campaign during Bowel Cancer Awareness Month. Following the success of the campaign's inaugural launch last year, No Butts is back again for a second year.

At least twice a week from Tuesday 19 April until Thursday 5 May, the show will raise awareness of bowel cancer, highlight the key symptoms and interview supporters and celebrities affected by the disease. 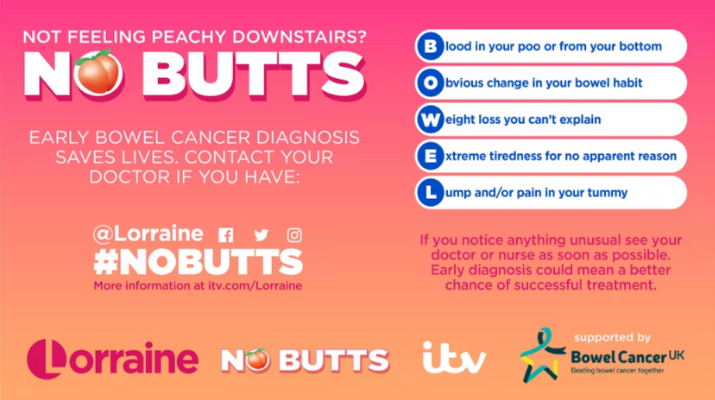