We fund the first bowel cancer clinical lead in Wales

As the Bowel Cancer Clinical Lead, Professor Torkington will lead the Wales Cancer Network’s newly formed Bowel Cancer Initiative. In this role, he will also lead the work of the Colorectal Cancer Site Group to champion the ambitions laid out in the newly developed optimal patient pathway for bowel cancer. Professor Torkington’s leadership will bring together the bowel cancer clinical community to deliver a work plan that will include:

In November 2018, the latest International Cancer Benchmarking Project (ICBP) report was released that showed people with bowel cancer in Wales spend longer waiting for a diagnosis and starting their treatment compared to counterparts in other countries with similar healthcare systems.

Bowel cancer is the fourth most common cancer in Wales. Every year 2,200 people are diagnosed and over 900 people die from the disease, making bowel cancer the second biggest cancer killer in the country. Early diagnosis is crucial because the chance of surviving the disease is closely linked to the stage of cancer.

“I am delighted to be able to begin this role at a crucial time which sees a number of different bowel cancer focussed activities come together to deliver improvements for patients. In my own clinic, I am seeing an increasing number of patients who come to me when their bowel cancer has spread. Treating patients this late is never easy and treatments are more complicated and outcomes are poorer. The work I will be doing through the Bowel Cancer Initiative will bring the bowel cancer clinical community together to really get to grips with poor outcomes. The people of Wales deserve better and this initiative will help to improve the situation across Wales”.

“We are delighted to fund Professor Torkington as the Bowel Cancer Clinical Lead for Wales. Very few people realise that bowel cancer is the second biggest cancer killer, yet many people will know of someone who has been affected by this terrible disease. Over the years many attempts have been made to tweak services to improve outcomes for patients, but tinkering at the edges does not work. We need a fundamental shift in the way services are delivered and a new energy and enthusiasm from the bowel cancer community to enable us to make the changes we so desperately need”.

“This is a great time to for the Cancer Network in Wales to be working with Bowel Cancer UK to improve the outcomes for patients in Wales. Whilst experience of care once in the system is good, other outcomes such as survival is relatively poor. We must improve access to diagnostic tests so that we can lower the threshold for primary care referrals of symptomatic patients and accelerate the introduction of evidence based interventions such as FIT testing at an appropriate test and age threshold. Professor Torkington is the right person for this role and am grateful to Bowel Cancer UK for supporting this collaborative initiative.”

The post is funded for two years by Bowel Cancer UK but managed by The Wales Cancer Network, which is part of the NHS Wales Health Collaborative and is a national vehicle for joint working between key stakeholders including NHS Wales, Welsh Government and the third sector to improve the outcomes and experience for people with cancer in Wales. 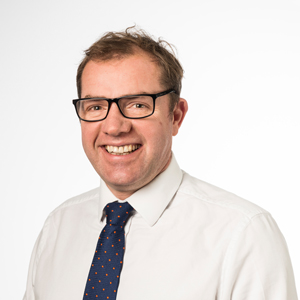