We appoint a Head of Wales

We’re delighted to announce the appointment of a Head of Wales, Lowri Griffiths, which is the first time we’ve had a presence in the country.

Lowri joins the charity from Macmillan Cancer Support where she was the Policy and Public Affairs Manager for Wales since 2014. At the charity, she gained political cross-party support for a person-centred care approach to the development of the new Cancer Delivery Plan that was launched last year.

Furthermore, she spent her time developing the Wales Cancer Alliance, a collaboration of third sector cancer organisations, which has almost doubled in membership over the last two years and is recognised as an influential partner within the cancer community in Wales.

Prior to that, Lowri was Head of Communications and External Affairs for the Stroke Association Wales, and Public Affairs Manager at Royal Voluntary Service, Wales.

Deborah Alsina MBE, Chief Executive for Bowel Cancer UK, said: “We’re absolutely delighted that Lowri has joined us. Her appointment is the start of realising our strategic ambition to grow our presence in the country so we can increase our impact and deliver on our strategy to improve outcomes for all those affected by bowel cancer in Wales. Lowri’s expertise and experience in leadership, policy and campaigns will play a vital role in realising those ambitions.”

Lowri said: "I am thrilled to have been appointed Head of Wales for Bowel Cancer UK.  I’m passionate about making sure that people are at the heart of policy development and already have heard so many powerful and moving stories about how bowel cancer has affected the lives of many. It’s a privilege to be working with them and the wider bowel cancer community here in Wales.

“It’s a fantastic opportunity for me to grow the charity’s presence in Wales and influence national government strategy and policy to help stop bowel cancer in the country”. 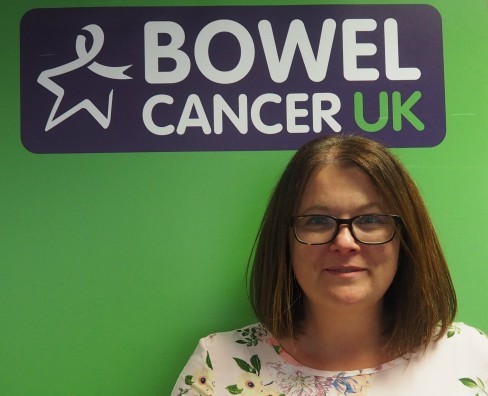