Former Olympic athlete Kriss Akabusi MBE has spoken about his bowel cancer scare to help raise awareness of the disease and encourage people to go to their doctor if they have symptoms.

Kriss had classic red flag signs of bowel cancer, including blood in his poo, but ignored them until his close friends urged him to get checked by his GP. He was diagnosed with polyps which, if left, can develop into cancer, but thankfully they were found and removed, with Kriss given the all clear.

He’s now teamed up with us and pharmaceuticals company Norgine for the Stay on Track campaign to talk about the importance of early diagnosis. The campaign is also supported by our patron Matt Dawson MBE, whose grandfather died of the disease, and whose mother also had bowel cancer.

The Stay on Track survey found that 81% of more than 2,000 people who were asked knew that bleeding from their bottom/blood in their poo was a symptom of bowel cancer. But a third (33%) would not go to their GP straight away if they noticed this symptom themselves. Only 65% of people surveyed knew that a persistent change in bowel habit could be a sign of bowel cancer (58% of men compared to 73% of women). In addition only 48% and 36% knew that a pain or lump in your tummy and extreme tiredness or fatigue respectively could be symptoms of bowel cancer.

Bowel cancer is the UK’s fourth most common cancer, and the second biggest cancer killer, and someone is diagnosed with the disease every 15 minutes.

Kriss Akabusi said: “It was just last year that I had a bowel cancer scare. I had some of the symptoms including blood in my poo, but I ignored them for a while. As a proud, fit and energetic 60-year-old, I didn't think it was anything serious and it would sort itself out.

“It was only because some close friends nagged me to do so that I went to get myself checked. I had a colonoscopy where it was found that I had polyp growths, which if left can develop into cancer. Thankfully after surgery to have them removed I'm all clear and getting on with my active life.

“That's why I'm saying to everyone, know the symptoms and if you experience any of them, take them seriously and go to your GP straight away. It is not worth waiting. If you are in the age group that gets sent testing kits, make sure you complete and return them. The earlier we can catch the disease the better the outcome.”

Matt Dawson MBE said: “I have a family history of bowel cancer which is why I'm very aware of the symptoms and why I'm supporting the campaign. I lost my grandfather to bowel cancer at the age of 60, and my mum had it in her late 50s. Luckily, it was caught early and surgery to remove it was a success, and she now has check-ups every six months.

“Because of the family link I get myself checked out, as does my sister, as early diagnosis is so important. I think a lot of men don’t like talking about their body, particularly their bottom, but they shouldn’t be afraid to go and see the doctor if they think there is something wrong. The doctor will have seen it all before."

Despite this, the survey found that more than one in four people (26%) would not consider taking a bowel cancer test, and 40% said they would not or only 'might' return a test kit.

Genevieve Edwards, Chief Executive at Bowel Cancer UK, said: “Bowel cancer is the UK’s second biggest cancer killer, but it’s treatable and curable, especially when diagnosed and treated early - so it’s really important that people know the symptoms to look out for. These can include bleeding from your bottom and/or blood in your poo, a persistent and unexplained change in bowel habits, unexplained weight loss, extreme tiredness for no obvious reason and a pain or lump in your tummy. Most people with these don’t have bowel cancer, but if you experience one or more of them, or if things just don’t feel right, you should visit your doctor straight away.

“GPs see patients with bowel concerns every day, so you shouldn’t be embarrassed to book an appointment to get checked out. And screening tests aim to detect bowel cancer at an early stage, often when people haven’t yet had any symptoms, so it’s crucial people do these at home and return them.

“We’re really grateful to Kriss and Matt, along with all of our other wonderful Bowel Cancer UK supporters, for speaking openly about their personal experiences and helping to raise awareness of this deadly disease.” 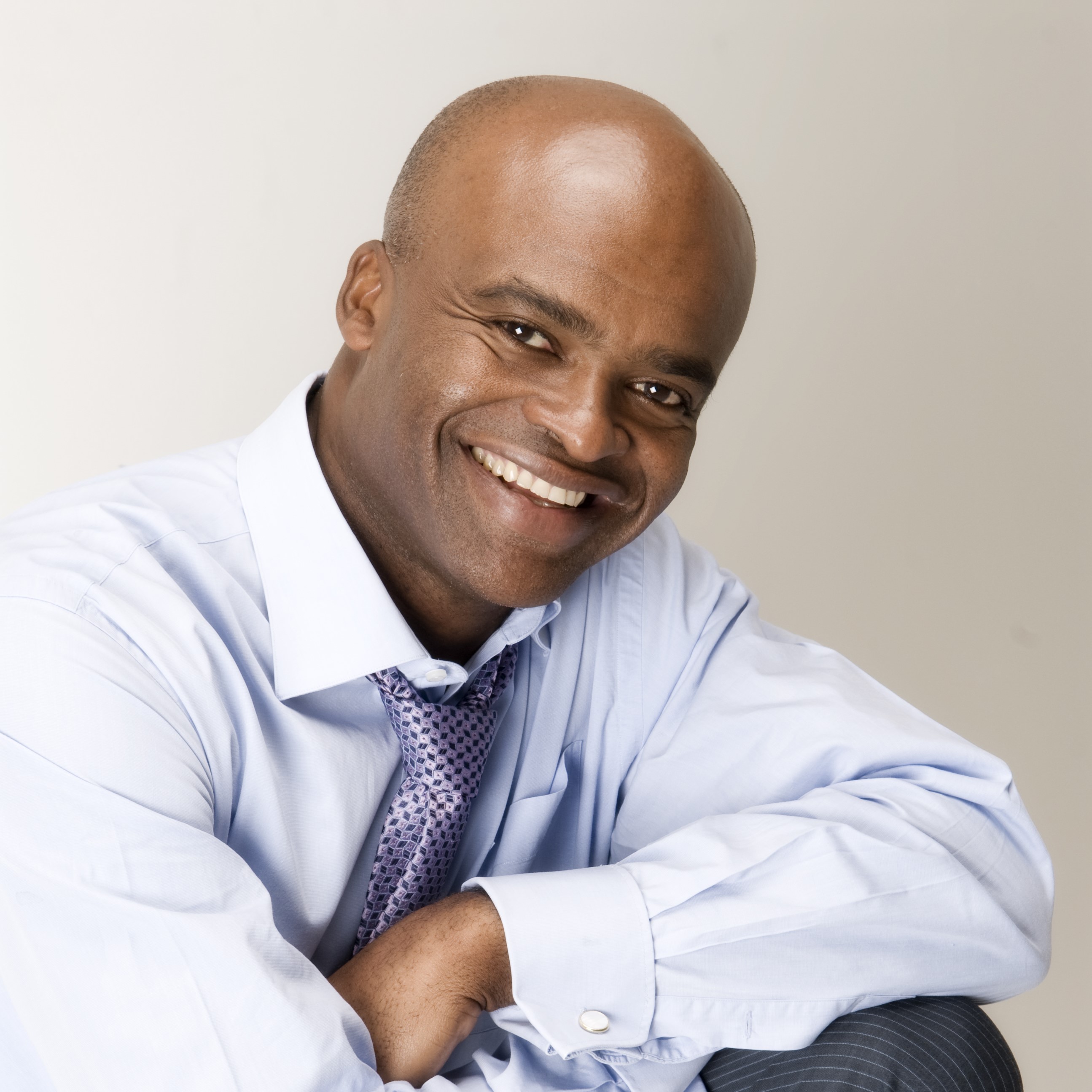 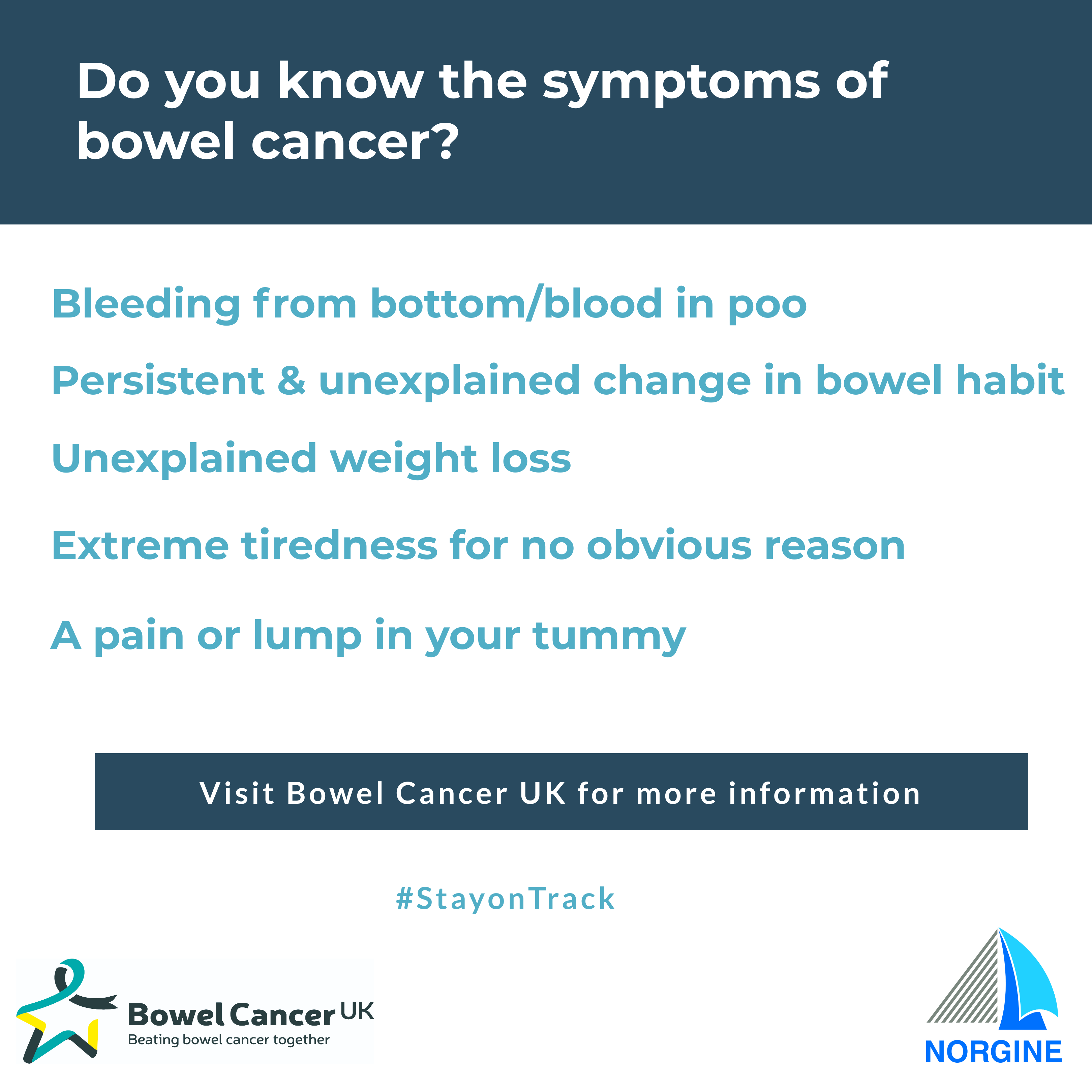