A new bowel cancer drug, which can double progression-free survival time for some people with advanced bowel cancer, has been approved by the Scottish Medicines Consortium (SMC) for patients in Scotland.

Pembrolizumab will now be available on the NHS as a first line treatment for people with specific genetic changes, known as 'high microsatellite instability or mismatch repair deficiency'. People with advanced bowel cancer – where the disease has spread to other parts of the body – are normally treated with chemotherapy, sometimes in combination with other treatments. But around 5% of advanced bowel cancer patients have changes to their mismatch repair genes, which can result in cancers with high microsatellite instability (MSI-H) or mismatch repair deficiency (dMMR). This also includes some people with Lynch syndrome. This makes them less likely to respond well to current treatments, often leading to poorer outcomes.

International clinical trials showed the new treatment can increase the amount of time patients live with the disease without it getting worse from an average of 8.2 months for those who were given chemotherapy, to 16.5 months on average for people treated with pembrolizumab. Scientists also found that 11% of patients treated with pembrolizumab had a 'complete response' where their disease became completely undetectable on scans.

Genevieve Edwards, Chief Executive of Bowel Cancer UK, says: "We're pleased to see patients in Scotland are to receive access to prembrolizumab, meaning this treatment is now available across the UK for this sadly often overlooked group of advanced bowel cancer patients. This decision will bring hope to those with high microsatellite instability or mismatch repair deficiency bowel cancer.

"While there continues to be very few treatment options for people with advanced bowel cancer, the SMC has also recently approved a combination of two drugs – encorafenib (BRAFTOVI®) and cetuximab (Erbitux®) – for those with a BRAF V600E mutation. This combination can be used as a life-extending treatment with patients who have had previous treatment.

"Around 10,000 people in the UK are diagnosed at the latest stage of the disease each year. Those with advanced bowel cancer typically have poorer survival rates, but access to surgery and drugs can help to extend life.

"Pembrolizumab (also known as Keytruda®), is an immunotherapy, which works by helping the immune system to recognise and attack cancer cells. It was approved by NICE for use in England and Wales in May 2021. Pembrolizumab was subsequently accepted for use in Northern Ireland, in line with NICE guidance, in August 2021." 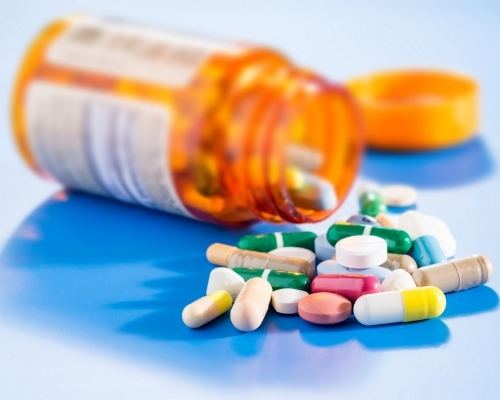