Prestigious political rugby game to raise money for us

On Saturday 23 February, Members of the Welsh Assembly Rugby team will go head to head with members of the  House of Commons and House of Lords rugby club.  All money raised on the day will help stop people dying of bowel cancer.

Formed 13 years ago inhonour of AM Glyn Davies, following his bowel cancer all clear, Welsh Assembly RFC have raised over £30,000 to date.

The free match against Commons and Lords RUFC has become an annual tradition, with 2019’s game kicking off at 11.30am at Caerphilly Rugby Club. The Welsh team will be looking to continue their eight year winning streak over the House of Commons and Lords. Players for the Welsh Assembly team include, Rhun ap Iorwerth AM, Hefin David AM, Andrew RT Davies AM and Huw Irranca-Davies AM

Following the match both teams will come together to watch the Wales v England Six Nations game, inside Caerphilly Rugby Clubhouse. Food will be available alongside a raffle, with all funds raised going to us.

Michael Locke, Wales Fundraising Manager for Bowel Cancer UK said: "We are privileged to once again receive support from the Welsh Assembly RFC, as they take on the House of Commons & Lords RFC.”

“Their amazing fundraising over the last 13 years has helped us to continue to save lives and improve the quality of life of everyone affected by bowel cancer. We look forward to continuing to work with Welsh Assembly RFC to help create a future where nobody dies of the disease.” 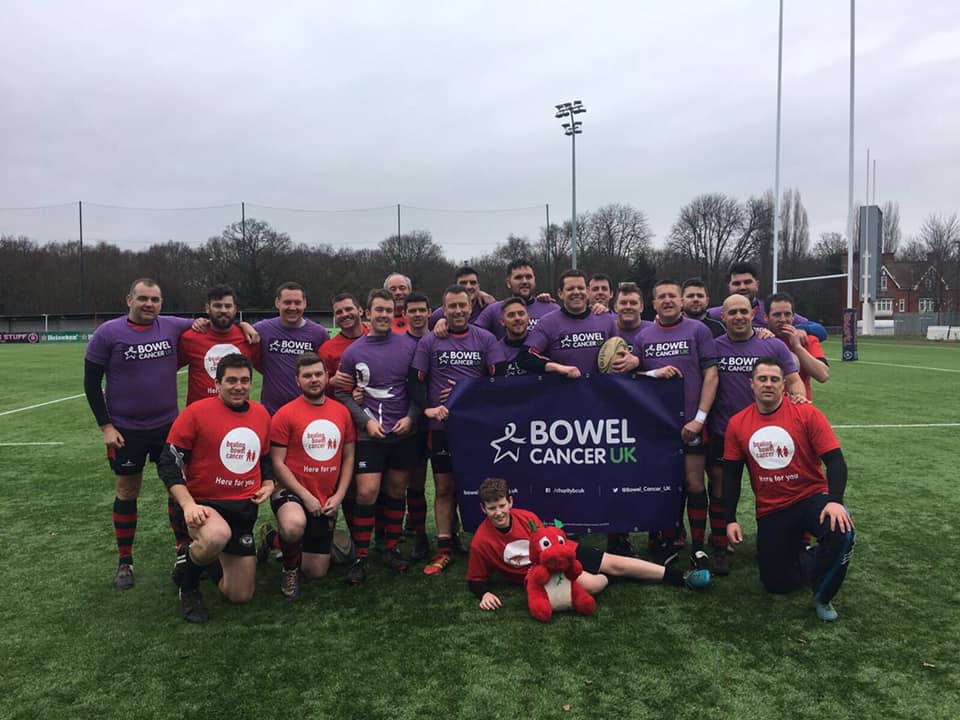