A new survey has found a continued reluctance among over 18s to visit their GP with bowel cancer symptoms and to visit hospital if referred for further tests, due to concerns around the pandemic.

The Stay on Track campaign survey showed a fifth of people would not go to see their doctor during the pandemic if they noticed potential bowel cancer symptoms, and 17% said they would be uncomfortable visiting a hospital for further investigations due to worries around contracting COVID-19 or wasting NHS time.

Now, our patron and former England rugby scrum half Matt Dawson MBE has spoken about the importance of knowing the signs of bowel cancer, and visiting the doctor with any symptoms.

Matt, who lost his grandfather to bowel cancer at the age of 60, and whose mum was also diagnosed with the disease in her late 50s, also urged people to complete bowel cancer screening if they're eligible, and to attend any follow-up tests for the disease.

The Stay on Track campaign was launched by Norgine in September 2020, with Bowel Cancer UK as its charity partner. Along with Matt, Kriss Akabusi MBE also supports the campaign, which aims to improve levels of public awareness of bowel cancer symptoms and the importance of testing and early diagnosis.

Matt Dawson says: "With my family history of bowel cancer I'm very aware of the symptoms and that's why I support the Stay on Track campaign. I lost my grandfather to bowel cancer at the age of 60, and my mum had it in her late 50s. Luckily, it was caught early and surgery to remove it was a success, and she now has check-ups every six months. Because of the family link I get myself checked out, as does my sister, as early diagnosis is so important. If you think something is wrong but are worried about going to your doctor, or going to the hospital for a test or procedure during the pandemic then don't be. Just go. If your doctor asks you to have a colonoscopy investigation then you should have it done as soon as possible. Bowel cancer is treatable when it's caught early."

It’s treatable and curable, especially if diagnosed early, and nearly everyone diagnosed at the earliest stage will survive bowel cancer. However, this drops significantly as the disease develops. Early diagnosis really does save lives.

The Stay on Track survey also found that more than a third (36%) of those asked would be nervous about having a colonoscopy if advised to do so by a doctor and nearly 1 in 4 (23%) said the pandemic would increase their level of nervousness around it.

The survey revealed that while there has been improvement in awareness of some bowel cancer symptoms since last year, other symptoms are still not recognised. 86% of people knew that bleeding from the bottom/blood in poo is a symptom, in comparison to 81% in 2020. However, only 51% and 39% knew that pain or a lump in their tummy and extreme tiredness for no reason could also be signs of bowel cancer. Results from this year's survey also showed that despite some knowledge of bowel cancer symptoms, people would not go to their doctor straight away if they experienced symptoms. While 68% said they would go straight away if they noticed bleeding from their bottom or blood in their poo, nearly a quarter (24%) said they would wait three months. Some would not go to their GP at all. Many people reported that they would wait at least three months before visiting their GP if they noticed a persistent change in bowel habits (62%), unexplained weight loss (53%) or extreme tiredness for no reason (70%) – all of which can be symptoms of bowel cancer.

Bowel cancer screening is also available to certain age groups, which aims to detect bowel cancer at an early stage, when the disease is easier to treat. In England, Wales and Northern Ireland people over the age of 60 are invited to take part in bowel cancer screening, and the age has begun to be lowered to 50 in England. In Scotland, screening starts from 50. People are invited to take part in screening every two years until they reach the age of 75. They receive a simple test in the post every two years which can be carried out at home in private.

Our Chief Executive Genevieve Edwards says: "Bowel cancer is the UK's second biggest cancer killer, but it's treatable and curable, especially when diagnosed and treated early – so it's really important that people know the symptoms to look out for. These can include bleeding from your bottom, blood in your poo, a persistent and unexplained change in bowel habits, unexplained weight loss, extreme tiredness for no obvious reason and a pain or lump in your tummy. Most people with these don't have bowel cancer, but if you experience one or more of them, or if things just don't feel right, you should visit your doctor straight away.

"We know some people were reluctant to contact their GP at the height of the pandemic, as they were worried about catching the virus or burdening the NHS, but it's more important than ever not to delay and your doctor will want to see you if you have bowel cancer symptoms. Screening aims to detect bowel cancer at an early stage, often before people have experienced any symptoms, so it’s crucial that people who are eligible do these at home and return them. It could save your life." 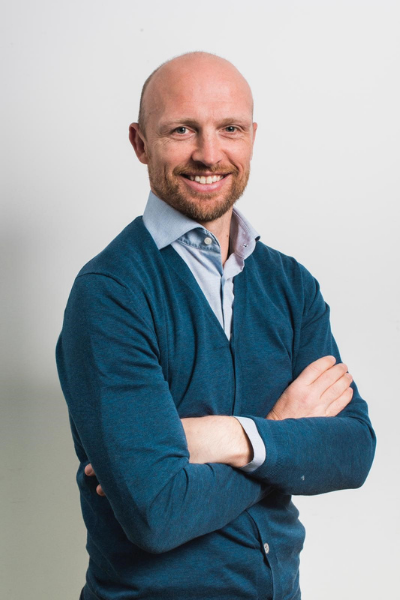