Almost 14,000 people were waiting for a colonoscopy in Scotland at the end of March 2022, new figures show, with one in six waiting more than a year for tests that can diagnose bowel cancer. Public Health Scotland statistics reveal that these incredibly long waits are being driven by increasing demand with a two per cent increase in referrals compared to the end of December 2021.

The data, which is for all diagnostic waiting times, rather than specific to cancer services, shows that demand has increased substantially since the beginning of the COVID pandemic, with 13,968 people waiting for a colonoscopy, which is a staggering 56 per cent increase in referrals compared to March 2020.

While the statistics show a slight improvement, of 3%, in the proportion of patients waiting six weeks or less for a colonoscopy compared to December 2021, there has been a large drop compared to the pre-pandemic period when over 68% of patients received their colonoscopy within this time frame.

The starkest example of the pressures faced by diagnostic teams in Scotland is shown in the drastic increase in excessive waits for colonoscopies since March 2020. Back then just over 1,000 patients were waiting over 92 days for their test, but this has climbed to 6,342 in March 2022. Worryingly, one in six patients, 2,275, had been waiting longer than one year for their colonoscopy.

While Scottish health spending has largely been protected, with a 2.6% real times increase in funding over the next four years, experts at the respected Institute for Fiscal Studies (IFS) have claimed the NHS in Scotland would require this level of funding annually in order to keep up with rising costs and demand.

Gerard McMahon, Head of External Affairs in the devolved nations for Bowel Cancer UK, says: "Bowel cancer is the second biggest cancer killer in Scotland but it's treatable and curable, especially if diagnosed early.

"While we welcome the Scottish Government's pledge to protect the health budget relative to other departments, we also recognise the IFS's warning that this increase won't allow the NHS to keep up with rising costs and demand.

"The diagnostic waiting times data released yesterday makes it clear that rising demand is already an issue for our hard-working and dedicated NHS staff. It's unacceptable for anyone to have to wait over one year for a colonoscopy let alone over two thousand patients.

"With funding being squeezed and demand for services increasing, it's vitally important that the planned ten-year cancer strategy is comprehensive and adequately funded to deliver the additional staff and equipment needed to tackle waiting times and improve survival." 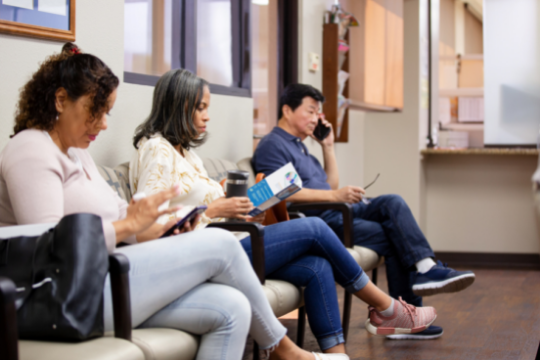