One in five needing urgent investigation still waiting too long

Figures published by NHS England today (Thursday 9 December 2021) show that almost one in five people who should be seen within two weeks of an urgent referral for suspected bowel cancer were waiting longer than 14 days.

The figures, which are for October, also show almost half of people on an urgent referral for bowel cancer investigation were waiting longer than 28 days for diagnosis, or to have a cancer diagnosis ruled out. As of September, NHS England set a target of 75% of all people should be told if they have cancer or not within 28 days of an urgent referral. While most of those waiting won't have bowel cancer, early diagnosis saves lives so it's important that patients are seen as quickly as possible.

Of the almost 87,000 people on the waiting list for investigations in October 2021, over a third were waiting more than six weeks for an endoscopy (colonoscopy or flexi-sigmoidoscopy which can diagnose bowel cancer), with nearly a quarter of people waiting more than 13 weeks.

In comparison, before the pandemic in February 2020, only 10% of patients waiting for a colonoscopy or flexi-sigmoidoscopy had to wait longer than six weeks and just 3% waited longer than 13 weeks.

Feedback from NHS trusts has indicated that variations can exist between different regions due to a variety of reasons, from equipment breaking down to staff shortages.

Genevieve Edwards, Chief Executive of Bowel Cancer UK, says: "The latest figures from NHS England demonstrate that the bottleneck in the pathway is to get people diagnosed, because once someone has their bowel cancer diagnosis, they do swiftly start treatment.

"Bowel cancer is the UK's second biggest cancer killer, but it's treatable and curable, especially if diagnosed early, and it's tragic that some patients will face poorer outcomes as a result of having to wait too long for tests before starting treatment. Early diagnosis saves lives – nearly everyone survives bowel cancer if diagnosed at the earliest stage however this drops significantly as the disease develops.

"It's also worrying that these statistics are for October so they do not take into consideration the winter pressures or growing pressures we are starting to see on the NHS. A&E's had the highest number of people waiting more than 12 hours since records began and this is seven times higher than the numbers recorded this time last year. The Royal College of Emergency Medicine recently published data that at least 13,000 operations were cancelled over October and November as they struggle to cope with demand for NHS care and people unwell with COVID-19. It is likely we will only see this impact in the next few publications of data." 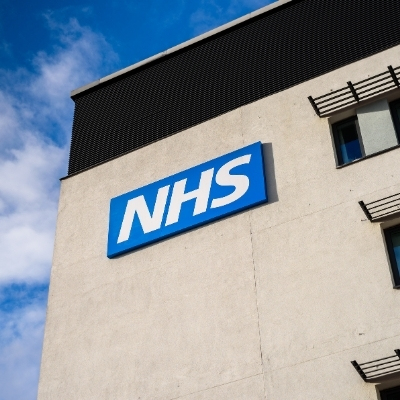