The Northern Ireland assembly have recently (Tuesday 22 March 2022) launched their new cancer strategy. It includes plans for two prototype Rapid Diagnosis Centres which will serve patients from across Northern Ireland, with an aim for the first patients to be welcomed later this year.

Launching the cancer strategy during a visit to the South Tyrone Hospital, Minister Swann said: "Unfortunately cancer will impact on all our lives at some point either directly or indirectly. Therefore the central vision of the new strategy is to ensure that everyone in Northern Ireland, wherever they live, has equitable and timely access to the most effective, evidence-based referral, diagnosis, treatment, support and person centred cancer care."

Bowel Cancer UK were involved in multiple sub groups which helped to develop the recommendations for the strategy. We also provided a consultation response detailing requirements to have a world class service for the bowel cancer community.

Dr Lisa Wilde, Director of Research and External Affairs at Bowel Cancer UK, said: "It's great news to have the Northern Ireland cancer strategy finally published. We're delighted to see a commitment to reducing sensitivity levels and extending the age range for the bowel screening programme.

"More than 1,100 people are diagnosed with bowel cancer in Northern Ireland each year, and over 450 people die from the disease annually. It's Northern Ireland's second biggest cancer killer, but it doesn't have to be, as it's treatable and curable, especially when diagnosed early.

"While we welcome the publication of the strategy, the Northern Ireland Executive must now be clear about how funding and resources will be focused, so people can be assured they will get the screening, diagnostics and treatment they desperately need. With the forthcoming election, we hope to see this as a priority for all parties with a commitment to ensure ongoing funding is available."

Find out more about our work in Northern Ireland 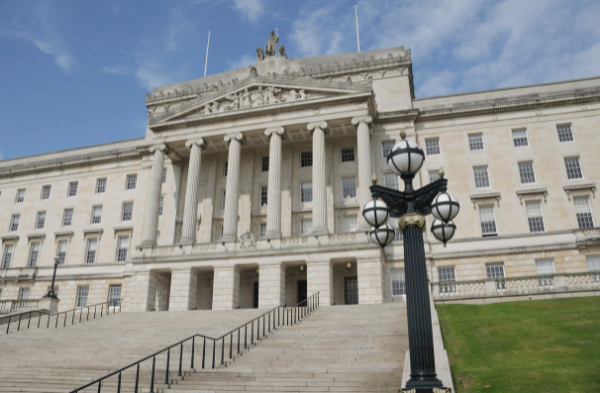