The NHS has launched the world's largest trial of a new blood test that can detect more than 50 types of cancer before symptoms appear.

The Galleri™ test checks for the earliest signs of cancer in the blood and the NHS-Galleri trial, the first of its kind, aims to recruit 140,000 volunteers in eight areas of England to see how well the test works in the NHS.

The test is a simple blood test that research has shown is particularly effective at finding cancers that are typically difficult to find early – such as head and neck, bowel, lung, pancreatic, and throat cancers.

It works by finding chemical changes in pieces of genetic code, called cell-free DNA (cfDNA), that leak from tumours into the bloodstream.

The NHS is already sending out letters inviting tens of thousands of people from different backgrounds and ethnicities aged between 50 and 77 to take part.

Participants, who must not have had a cancer diagnosis in the last three years, will be asked to give a blood sample at a locally based mobile clinic and they will then be invited back after 12 months, and again at two years, to give further samples.

The eight NHS Cancer Alliances across England that are taking part span Cheshire and Merseyside, Cumbria, Greater Manchester, the North East, West Midlands, East Midlands, East of England, Kent and Medway, and South East London. During the trial, only people living in these areas will be invited.

Initial results of the study are expected by 2023 and, if successful, the NHS in England plans to extend the rollout to a further one million people in 2024 and 2025.

Genevieve Edwards, Chief Executive of Bowel Cancer UK, says: "We're delighted that the NHS-Galleri trial is underway and would encourage anyone who receives an invitation to sign up.

"We know that bowel cancer is treatable and curable, especially if diagnosed early, so the more tests and initiatives we have in place to support early diagnosis, the better.

"However, it's important that the NHS has the infrastructure and workforce it needs to cope with increasing number of diagnostic tests for bowel cancer, and the government should use the Comprehensive Spending Review this autumn to ensure the NHS can meet current and future demands." 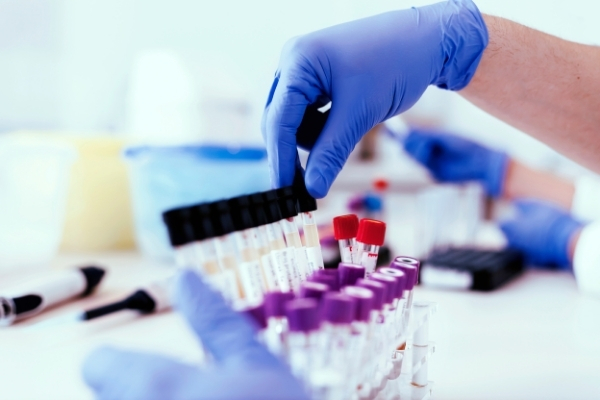