Almost a fifth (18%) of bowel cancer patients continue to be diagnosed with the disease in A&E or another emergency setting, a new report for England and Wales has revealed.

Emergency patients were much more likely to be diagnosed at an advanced stage (57%), when the disease is more difficult to treat, with just half of these people likely to survive.

The National Bowel Cancer Audit (NBOCA) annual report also highlights the importance of the national Bowel Cancer Screening Programme. Screening is one of the best ways to detect bowel cancer at an early stage, when curative treatment can be offered, with nine out of ten people likely to survive the disease. However, only 12% of people are diagnosed this way.

The audit report comes on the same day waiting time figures are published by NHS England, showing that endoscopy services continue to be under substantial pressure as cancer waiting time targets are consistently missed. In 2021, half of all patients urgently referred for endoscopy tests were waiting longer than 28 days to confirm or rule out bowel cancer.

Bowel cancer is the second biggest cancer killer. But it doesn't have to be, as it's treatable and curable, especially when it's diagnosed early.

Findings from the NBOCA audit are published annually, measuring and comparing outcomes across diagnosis, treatment, and care for more than 32,000 bowel cancer patients across England and Wales. The audit makes recommendations to health bodies to enable them to understand where variations in care exist across the bowel cancer pathway, and where key improvements can be made. Bowel Cancer UK are a member of NBOCA's Clinical Advisory Group.

Variation in treatment and care

There was an alarming amount of variation in treatment and care across different areas of England and Wales, including:

For only the second year, the report features data on testing for Lynch syndrome, an inherited condition which puts people at a much higher risk of developing bowel and some other cancers.

NICE guidance produced in 2017 recommends that all bowel cancer patients should be offered testing for Lynch syndrome at the time of diagnosis.

The audit reported just under 16% of all bowel cancer patients in England were recorded as having an MMR/MSI test (used to diagnose Lynch syndrome). It's unclear whether the remaining 84% are not being tested, or their testing data hasn't been recorded. Worryingly no data for MMR/MSI testing has been submitted from Wales especially since they committed in June 2019 to offering testing all bowel cancer patients.

The report also features a separate spotlight on the recovery of bowel cancer services from the COVID-19 pandemic for patients diagnosed during April 2020 to March 2021.

It found that early in the pandemic bowel cancer services (diagnosis, major resections – bowel cancer operations – and adjuvant chemotherapy) were severely disrupted. There were larger numbers of 'missed diagnoses' (fewer cancers than expected being diagnosed), particularly in areas that were hardest hit by COVID-19 infections, however the national Bowel Cancer Screening Programme seems to have helped the recovery of diagnosis in people of screening age.

Genevieve Edwards, Chief Executive at Bowel Cancer UK, said: "It's unacceptable that many bowel cancer patients are still being diagnosed in emergency settings when their likelihood of surviving the disease is vastly reduced.

"Bowel cancer is treatable and curable, especially if it's diagnosed early, which makes these findings all the more heart-breaking. More needs to be done to fully understand why the number of people diagnosed in A&E have remained consistent over a number of years, so this picture can be improved.

"Bowel screening programmes in England and Wales are by far the best route to early diagnosis, with nine out of ten people diagnosed in this way likely to be cured of the disease. Screening can detect bowel cancer before symptoms appear, so if you're invited for screening, please do take part, as it could save your life.

"We want all bowel cancer patients to receive the best treatment and care available. The regional variation in the bowel cancer pathways reported in this audit need to be better understood, and acted on, so that your postcode doesn't become a barrier to surviving the disease.

"The continued lack of testing for Lynch syndrome has been a major concern for us for a number of years, with our Time to Test report showing shockingly low levels of testing across England and Wales. We need to make a serious effort to both test those at risk for Lynch syndrome, and make sure it's properly recorded so that we can properly look after these patients." 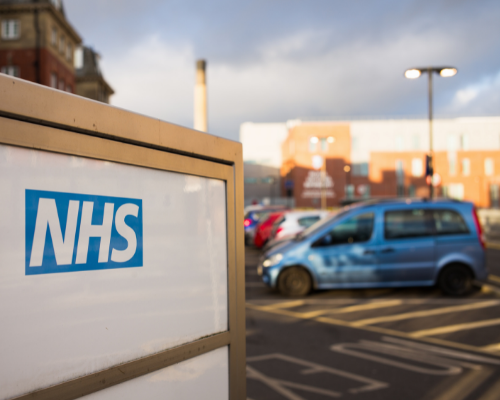