Men and boys run together with Colin Jackson for men's health

We’re delighted to announce we are charity partners for the 2017 Sanlam Go Dad Run – a series of 5K and 10K runs across England and Wales for men and boys to raise awareness and funds for charities supporting health issues that affect males.

Headed up by three-time world champion athlete Colin Jackson CBE and a host of sport legends including Jamie Baulch, Mark Foster and Derek Redmond, the regional chipped races are open to all men and boys of any age. We hope that lots of fathers, sons, brothers, partners, friends, neighbours, work colleagues and teammates will take part to raise funds for Bowel Cancer UK to support vital research and lifesaving work to stop bowel cancer.

And, of course, mums, wives, girlfriends and sisters all have a big role to play in getting the men in their lives to sign up and supporting them on the day.

Find a race near you and raise vital funds for Bowel Cancer UK:

“A few years ago two of my uncles developed prostate cancer and although one responded to treatment and is now fit and well again the other was less fortunate and, sadly, passed away. That prompted me to find out more information about the illness and I was shocked to discover that whilst 1 in 8 men in the UK will develop prostate cancer, that actually rises to 1 in 4 men from an African Caribbean background.

“I’ve long been inspired by the amazing success of Race For Life and decided to create an event specifically for men that would raise funds for Prostate Cancer UK and just as importantly, help create additional awareness of the condition and that led directly to the creation of Go Dad Run.

“For me, the most important thing is that we get men of all ages to come together to think about their health and have a great experience with their family and friends as well as raising funds for such an important group of charities and I hope that you would like to sign up and become part of the Sanlam Go Dad Run team for 2017 and beyond!”

Luke Squires, Director of Fundraising at Bowel Cancer UK, says: “Bowel cancer is the second biggest cancer killer in the UK, yet scientists believe around half of all cases could be prevented by having an active, healthy lifestyle. That’s why we’re thrilled to be a charity partner for Go Dad Run. Running is a great way to keep mentally and physically healthy and I would urge people across the country to sign up for their local race and get involved.”

More than 44 people die from bowel cancer every day in the UK, it’s the nation’s second biggest cancer killer.  However it shouldn’t be. It’s treatable and curable, especially if diagnosed early. 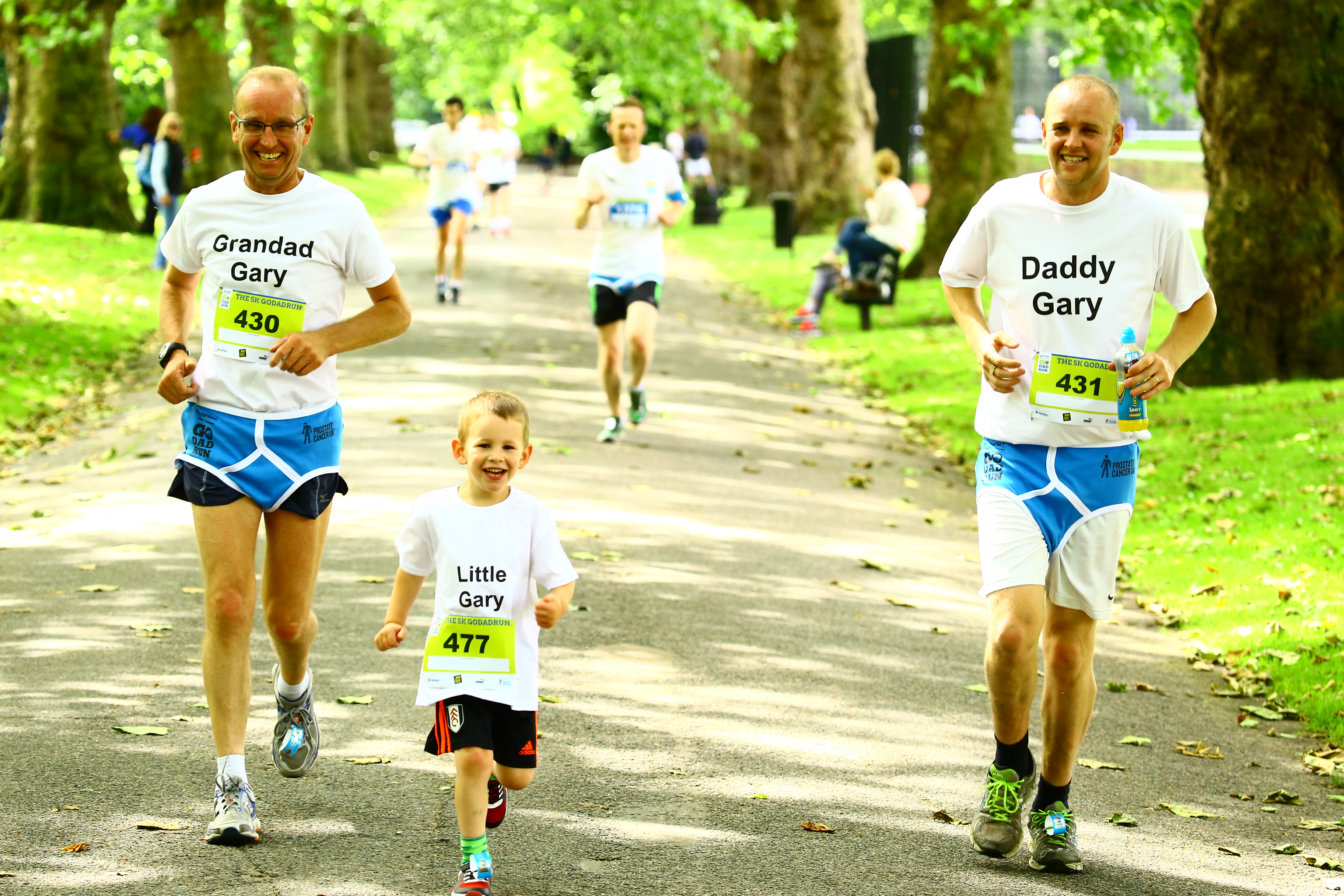