Knowing the signs of bowel cancer saves lives - as new figures from the Office for National Statistics show that bowel cancer patients benefit the most from early diagnosis.

Bowel cancer patients are 59 per cent as likely as the general population to survive for five years. If the disease is caught early at stage one, the figure is 93 per cent but just 11 per cent if diagnosed at stage four.

Survival rates tend to be higher for cancers that are mostly diagnosed at an early stage, such as breast and prostate. They are typically lower for those that are diagnosed later, such as lung cancer.

It is vital the public recognise the symptoms of bowel cancer and act on them if they are worried by visiting their GP.

Deborah Alsina MBE, Chief Executive of Bowel Cancer UK, says: “This data highlights the significant opportunity we have to save more lives through diagnosing bowel cancer when it is at an earlier, and more easily treatable, stage.

“We know early diagnosis is crucial to improving survival rates for bowel cancer. In fact nearly everyone will survive if diagnosed at the earliest stage. It is vital that the public are aware of the signs and symptoms of bowel cancer and they visit their GP without delay if they have concerns and that health care professionals rule out bowel cancer quickly.

“Having an optimal bowel screening programme, which includes improving the sensitivity of the new bowel cancer screening test and lowering of the screening age to 50 is our best opportunity to prevent or to detect more early stage cancers.

“Lives can absolutely be saved from bowel cancer but the capacity crisis within our endoscopy and pathology workforce must be urgently addressed through the upcoming full NHS People Plan so that those who need further investigations can access them without delay.” 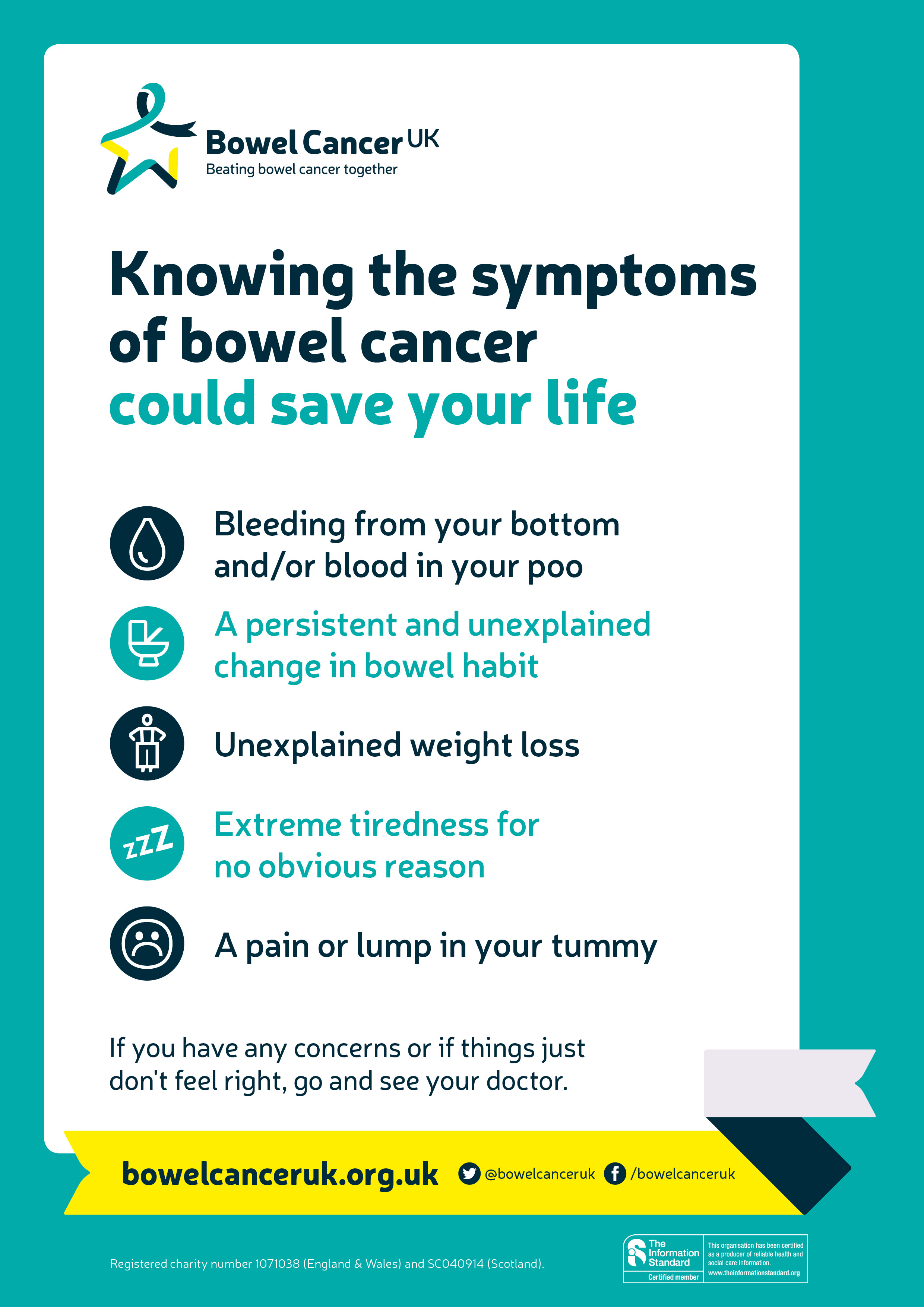