Drinking two or more daily sugar-sweetened beverages in adulthood could be linked to an increased risk of bowel cancer before the age of 50, at least in women, suggests new research published in Gut today.

The women reported what they ate and drank by completing a food questionnaire every four years, starting in 1991. In the first questionnaire, over 41,200 of them recorded what, and how much they drank during their teenage years (13–18). They also looked at other potential risk factors of bowel cancer including family history of the disease, diet and lifestyle, regular use of aspirin or non-steroidal anti-inflammatory drugs, and vitamin supplements.

This is an observational study, and as such, it can't tell us the causes of bowel cancer. However it does add to the growing evidence that there's a link between our diet and bowel cancer. Understanding this link fully could help us identify how we can reduce our risk of the disease. Although the diets of many thousands of women were studied, only 106 went onto develop bowel cancer under the age of 50, and that makes it extremely difficult to know definitively the role that sugary drinks play in bowel cancer development.

More research is necessary to understand the impact of these risk factors on a more diverse group, acknowledge the researchers. Most of the participants in this study were white women. It would be important to identify whether these findings are also applicable to men, other racial and ethnic groups, as well as those who have a higher risk of bowel cancer due to their genetics, such as Lynch syndrome.

Genevieve Edwards, Chief Executive at Bowel Cancer UK, says: "This study further shines a light on the complicated relationship between our diet, lifestyle and risk of developing bowel cancer. Although the disease is much more common in the over 50s, each year more than 2,500 people under the age of 50 will be diagnosed with bowel cancer in the UK. The disease is the fourth most common cancer in the UK, every 15 minutes someone is diagnosed, but we know that around half of all bowel cancers could be prevented by having a healthier lifestyle.

"Making simple changes to your diet like limiting sugary drinks, having plenty of wholegrains and fibre, avoiding processed meat and limiting red meat, being of a healthy body weight, having regular physical activity, stopping smoking and cutting down on alcohol can help stack the odds against developing bowel cancer." 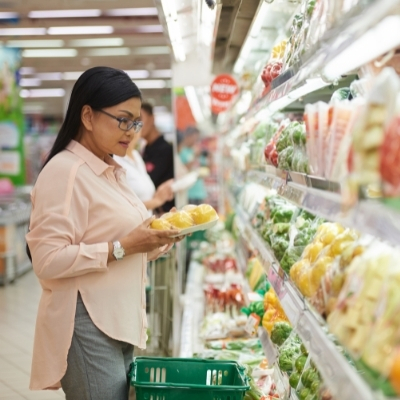