We're Charity of the Year

We're delighted to announce that we were named Charity of the Year at last night's prestigious Charity Times Awards which recognise best practice and excellence in the UK charity sector.

The category, for charities with an income of between £1-10 million, recognises those who the judges believe has consistently delivered outstanding service to its beneficiaries, promoted and raised its cause, been clear in its goals and strategy, and demonstrated excellence all round.

Deborah Alsina MBE, Chief Executive of Bowel Cancer UK, said: "We are absolutely thrilled to have won the Charity of the Year award. It is a great tribute to our highly committed staff team and our fantastic volunteers and supporters, without whom none of this would be possible. As a charity we are determined to save lives and improve the quality of life for all those affected by bowel cancer and it’s fantastic that our work has been recognised in this way."

The Charity Times Awards continue to be the pre-eminent celebration of best practice in the UK charity and not-for-profit sector. Now in their 17th year, the awards are run by Charity Times Magazine – the leading title for UK non-profit professionals. We were also a finalist in the Campaigning Team of the Year category for our Never too Young campaign. 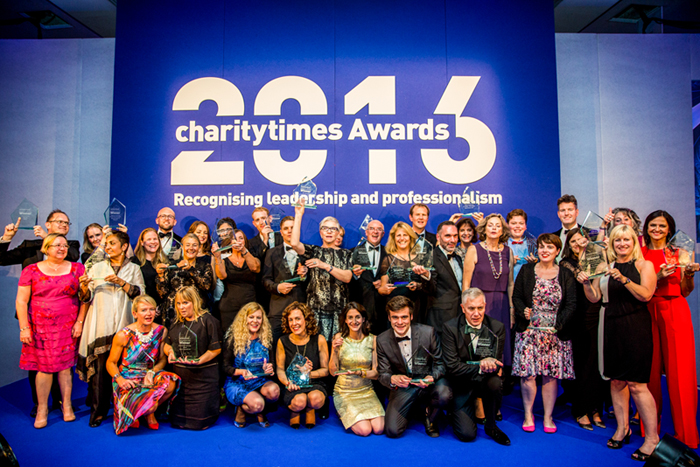