The number of people in England waiting for tests that can help to diagnose bowel cancer has increased almost ten-fold compared to the average monthly figure last year.

More than 59,000 people who needed investigations for suspected bowel cancer symptoms waited more than six weeks for a colonoscopy or flexible sigmoidoscopy in September. These tests look at areas of the colon and can help diagnose whether someone has the disease.

NHS England says patients should wait no more than six weeks for endoscopy tests (colonoscopy or flexi-sigmoidoscopy) that can diagnose bowel cancer, and no more than two weeks to see a specialist if they’ve been referred urgently by their GP for suspected bowel cancer.

Over 5,000 of those referred for urgent cancer tests were left waiting more than two weeks for these in September.

The figures also show that almost 40 per cent of patients waited more than 13 weeks to have tests to investigate bowel cancer symptoms, more than double the six-week target waiting time. This amounts to just under 40,000 people.

We know NHS England is working flat out to restore cancer services, but the backlog has fallen only slightly as new patients join the list, clearly illustrating that more resources are needed.

Genevieve Edwards, Chief Executive at Bowel Cancer UK, said: “There are still about 60,000 people waiting for longer than the six week target for bowel cancer diagnostic tests, and services are struggling to bring that number down. We have seen only a slight reduction in this backlog over the past four months, which shows just how difficult a task this is on current resources.

“To put this in context, it’s almost 10 times the average number who were waiting for these tests last year, and there is no doubt that extended waiting times will have wide-ranging and long-term repercussions on bowel cancer survival rates.

“Even before the pandemic hit hard in the spring, bowel cancer services were stretched, with too many people waiting for urgent investigations. The huge endoscopy backlog we’re facing as a result of COVID-19 needs to be dealt with, and quickly.

“Bowel cancer is the UK’s fourth most common cancer and the second biggest cancer killer, but it’s treatable and curable, especially if it’s caught early. We continue to urge anybody with symptoms, including bleeding from their bottom and/or blood in their poo, to contact their GP as quickly as possible for advice."

The figures released today are for England only, and we eagerly await statistics from Scotland, Northern Ireland and Wales later this month.

The six-week waiting time figures published by NHS England and NHS Improvement today (Thursday 12 November) are for referrals for diagnostic tests. Patients should not be required to wait six weeks or more for a colonoscopy or flexi-sigmoidoscopy.

The two-week urgent referral waiting times for suspected cancer patients accessing NHS services were also released today. Under the NHS Constitution all patients have a right to be seen within maximum waiting time standards. Routine referrals are for patients who don’t quality for an urgent referral or are not suspected of having cancer by their GP. 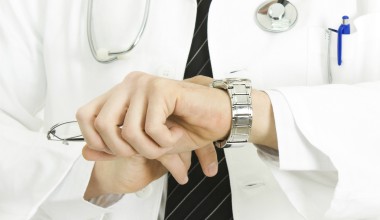