Living with bowel cancer during the coronavirus pandemic

BBC journalist George Alagiah has spoken to a woman with advanced bowel cancer about life in lockdown and her devastation at having an operation cancelled due to coronavirus, in our exclusive videocast.

‘In conversation with George Alagiah’ sees the newsreader talk to 41-year-old Beth Purvis, who was diagnosed with bowel cancer four years ago, and was due to have surgery to remove a tumour from her lungs at the end of March.

Bowel Cancer UK CEO Genevieve Edwards and Professor Richard Adams, Honorary Consultant Clinical Oncologist at Cardiff University and Velindre Cancer Centre, also speak to George about a wide range of subjects, including life coming out of lockdown, recovery of cancer services, and the impact of a cancer diagnosis on family.

Beth, who lives in Elsenham, Essex, says: “I had my surgery cancelled, which was devastating, but I understood the reasons because cancellation or delay could shorten my life, but if I got COVID following a surgical procedure to my lungs, that could shorten my life even more. That was an understandable clinical decision when dealing with a new virus that appears to attack the lungs.

“I was very lucky to have my team look at alternative options, and radiotherapy appeared to be a safer option, although of course there would be a delay in giving the treatment.”

During her radiotherapy, Beth began getting headaches. After having a scan, the mother-of-two was told the cancer had spread to her brain, and she has recently completed another intensive course of the treatment.

Shielding was also discussed, with George, who also has stage 4 bowel cancer, telling the videocast he didn’t receive a government shielding letter until after he’d been struck by coronavirus.

Beth shares that she’s been shielding as much as possible, but is now considering meeting safely with family and friends: “Now it looks like my life expectancy is much shorter, I don’t want to be stuck at home without seeing anybody – there’s no point being alive if I can’t live.

“I’m now starting to think about how I can safely see my family and friends. I could have friends to my garden and stay two metres apart, and I’m starting to think I’m going to do that because I don’t want to miss out on seeing people in the last months of my life.”

She adds that, as coronavirus isn’t going away, she and others need to make a decision on what level of risk they’re prepared to take according to their individual circumstances.

George agrees people need to consider advice, and should make up their own minds about moving away from shielding: “I always think there are as many ways of dealing with cancer as there are people with cancer. There’s medical advice and advice from Bowel Cancer UK, but each individual is going to have to make to make up their mind.

“Before making decisions about how we deal with coming out of shielding, we should demand and not feel shy of asking advice from the experts.”

During the videocast, the group also discuss how bowel cancer screening has been hit hard by the pandemic, with the ‘staggering’ figure of more than a million screening invitations not sent out in England since lockdown began.

Diagnostics and treatment have been hugely disrupted, ‘in a system that was stretched already’. Professor Adams says that while it will take time, lots of good work is being done to remedy this and find solutions: “Getting people to feel they can present safely to their GP is critically important… Lots of excellent work has been undertaken in trying to deliver safe surgery, create COVID-free zones, so we can talk to the patient about a safe environment in which their surgery can be undertaken. They are appearing all over the UK and they’re proving effective - slower, but effective.

“With chemotherapy and radiotherapy we’re getting back to much of our work as normal... We’ve learnt a lot more about the impact of COVID and chemotherapy, initially very, very significant fears around it, less so now… we’re in a better position to manage it... Advice that’s being given is now much more consistent and we can create a greater safety feeling and environment in order to continue to deliver what can be excellent cancer care and will continue to be.”

In the videocast, George admits he sometimes feels that he has the ‘easy part’ living with bowel cancer, while his loved ones have to watch.

George says: “Those of us living with cancer know that it affects our families almost as much as ourselves. In some ways I’ve felt through my six-plus years living with cancer that sometimes I have the easy part… My job is just to stay fit and my family has got to watch all of the other things.”

Beth says that using age appropriate language with her children Joseph, now 12, and 10-year-old Abigail has always been really important to her and husband Richard, and she was honest and open with them from when she was initially diagnosed with stage 3 bowel cancer in 2016.

“I didn’t want to lie to them or try and hide it from them. I was very aware it could shorten my life and I don’t want them to be angry with me that they haven’t had the opportunity to talk about it with me, or that I’ve lied to them or there’s no trust there, and then who can they trust who’s left behind?”

Genevieve Edwards, Chief Executive of Bowel Cancer UK, says: “We’re so grateful to George, Beth and Richard for talking about their experiences of bowel cancer and cancer services during these unprecedented times, and raising vital awareness of the disease.

"Going through cancer treatment as well as a pandemic is incredibly difficult. Health services are disrupted and, because patients’ immune systems are compromised by cancer treatment, they have needed to shield for their own safety. It can be a scary and lonely place to be.

“Bowel cancer is the UK’s fourth most common cancer and the second biggest cancer killer. But we want to change that as we know it can be treatable and curable, especially if it’s diagnosed early.

“Around 268,000 people living in the UK today have been diagnosed with bowel cancer and now, more than ever, we need everyone affected by bowel cancer to come together and take action to help create a future where nobody dies of the disease.”

Watch ‘In conversation with George Alagiah’ 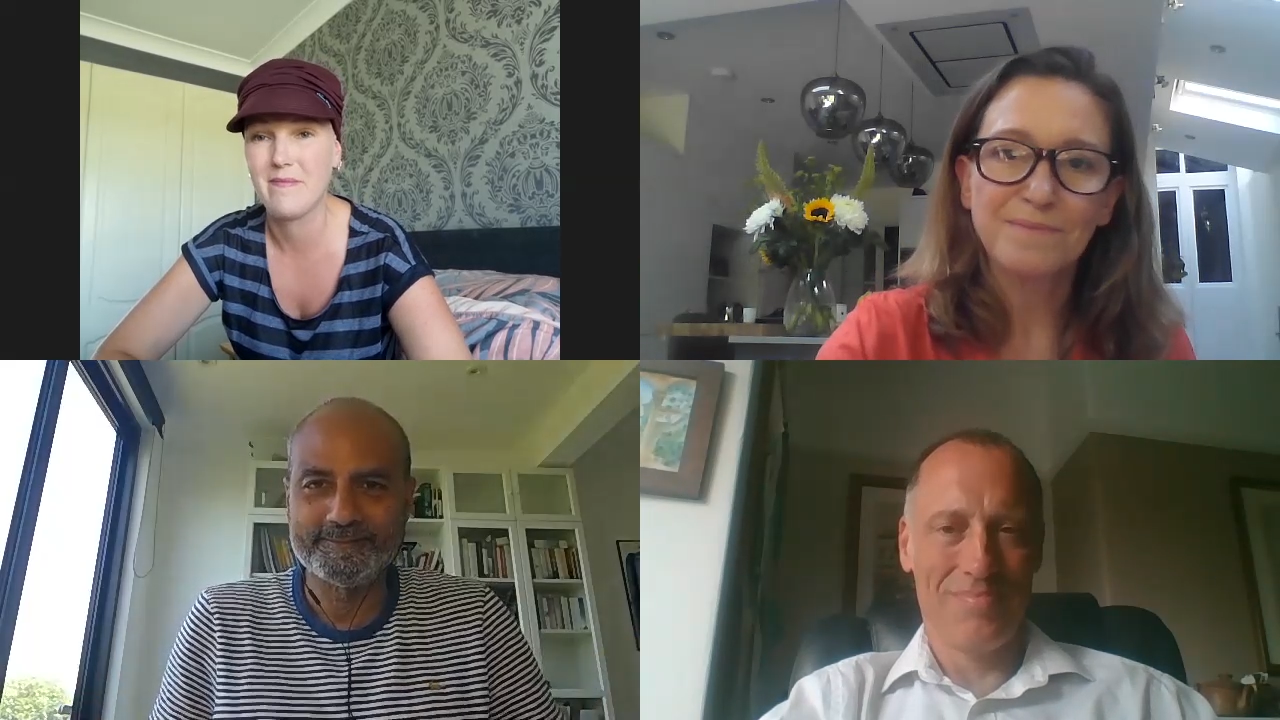