BBC journalist George Alagiah speaks to mum-of-three Sarah Bates, discussing her shock bowel cancer diagnosis at the age of just 39, in the latest episode of ‘In conversation with George Alagiah: A Bowel Cancer UK podcast’.

The exclusive podcast, which also features oncologist Professor Mark Saunders, from The Christie NHS Foundation Trust in Manchester, focuses on the impact of bowel cancer on people under the age of 50.

The trio discuss a range of issues highlighted in our Never Too Young report and the importance of GPs being aware that, although rare, young people can be diagnosed with the disease.

The podcast was recorded in February 2020, prior to the coronavirus pandemic and lockdown.

Sarah, now 42, from south London, describes her heartbreak dealing with her bowel cancer diagnosis. She first experienced symptoms when she was pregnant with her third child and had three polyps – which can be a precursor to cancer – removed, after being referred to a colorectal surgeon.

But her symptoms continued and was told she had stage 3 bowel cancer when her children were aged only 10, 8 and 1.

Sarah says: “The thing that really got me was the thought that I might not survive and I might leave my kids. That was heartbreaking and I’d spend a lot of time thinking about this. I just did not want to leave them without a mum. I’d kiss them goodnight and think ‘I just want to be here’.”

Sarah also talks about the impact of her treatment ending, and adds: “I struggled most once the treatment had finished, because the enormity of what I had gone through began to sink in.”

Sarah shares that she and her husband received counselling to help unpack everything they had gone through.

The podcast also hears George talk about his medical team, saying: “The doctors and nurses become part of your wider friendship group. I had a period of nearly two years of all clears… and I stopped going to the clinics. And I suddenly realised I was getting withdrawal symptoms...when it came back, it was like a reunion.”

Professor Saunders highlights that younger people often need extra support, due to things like work and financial difficulties, and also discusses potential reasons for the increase in younger people being diagnosed with bowel cancer during the episode.

Genevieve Edwards, Chief Executive at Bowel Cancer UK, said: “We’re incredibly grateful to George for shining a light on the fact that younger people can also receive a bowel cancer diagnosis, with around 2,500 under 50s diagnosed each year.

“Sarah’s honest account of how she dealt with being told she had bowel cancer, and the medical treatment that followed, will no doubt help many others have conversations about their diagnosis with their friends and family.

“We hope that George, Sarah and Mark sharing their experiences and expertise in this way, will bring others affected by the disease together to show their support, ask questions and seek help in whatever way they may need it.”

Bowel cancer is the UK’s fourth most common cancer and second biggest cancer killer, with more than 16,000 people dying from the disease every year. But it doesn’t have to be that way, as bowel cancer is treatable and curable, especially if diagnosed early. 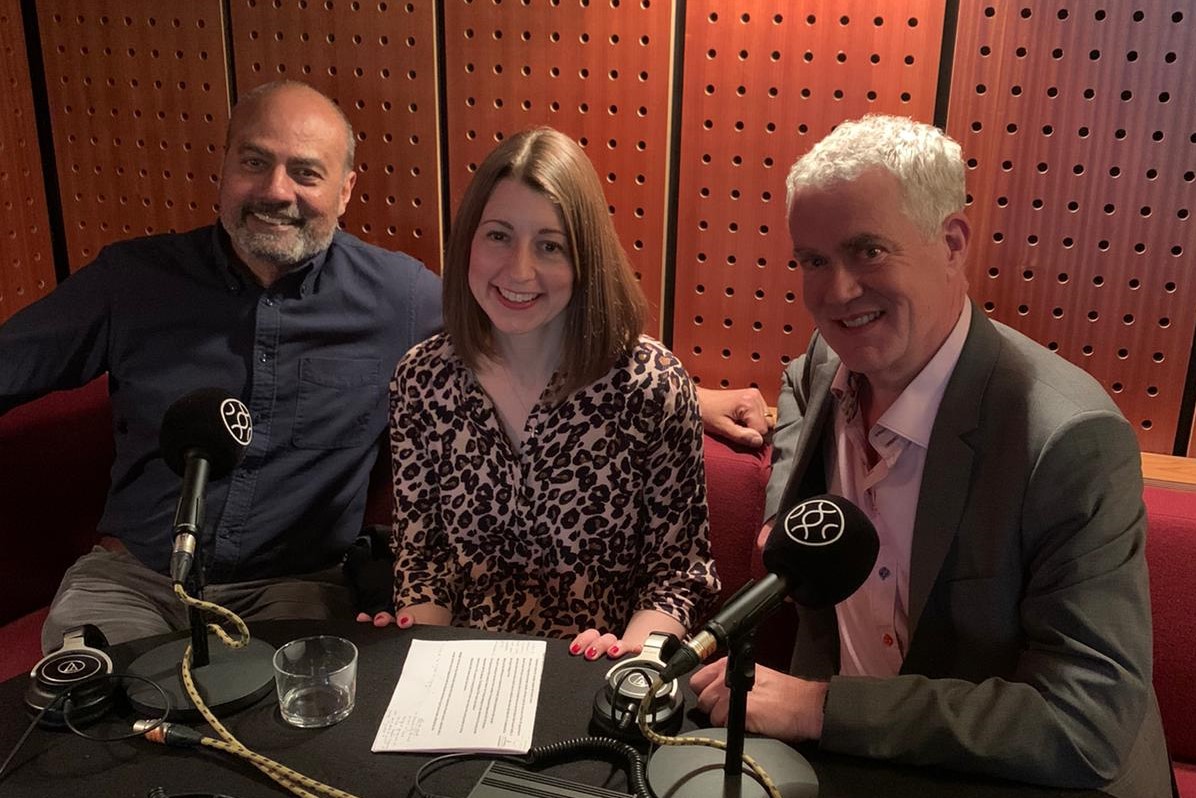