Asda will add bowel cancer symptoms to its loo roll packaging, after the retailer signed up to our #GetOnARoll campaign.

The supermarket giant will help raise vital awareness of symptoms of the disease by featuring them on all ranges of Asda's own-brand toilet tissue packs from the Autumn, and on posters in toilets in Asda's offices. Before the partnership packs go on sale, Asda will be placing symptoms posters on store shelves to drive awareness.

Asda is also donating £50,000 to the charity to help fund future initiatives to save lives and improve the quality of life of everyone affected by bowel cancer.

Almost half of adults around the UK couldn't name a single symptom of bowel cancer when asked in a recent survey. Knowing the symptoms to look out for, and acting on them, could lead to bowel cancer being diagnosed at an earlier stage when it's easier to treat and even curable. Sadly, right now, fewer than 40% of people are diagnosed at the earliest stages, leading to poorer outcomes – something we've long been working to change. Working with Asda and other UK supermarkets will make a real impact by helping to educate people about key symptoms of the disease.

Our CEO Genevieve Edwards said: "It's wonderful that Asda has joined our #GetOnARoll campaign to help raise vital awareness of bowel cancer symptoms. Almost 43,000 people in the UK are diagnosed with bowel cancer each year, making it the country's fourth most common cancer.

"It's also the second biggest cancer killer, but it doesn't have to be, as it's treatable and curable especially if diagnosed early. The sad fact remains that 60% of people are diagnosed at later stages when it's much more difficult to treat. Part of the problem is low awareness of the red flag symptoms of bowel cancer that should prompt people to contact their GP.

"This brilliant partnership with Asda will help millions of people across the UK know the signs to look out for, and will undoubtedly save lives from bowel cancer in the future."

Sarah Yorke, Buying Manager, Household said: "We're delighted to announce that we are joining the #GetOnARoll campaign, supporting with on pack awareness on our popular own brand toilet roll ranges. We are also making a £50,000 donation to the charity to help fund future initiatives.

"Spotting signs early is so important, so anything we can do to raise awareness of what people should look out for, and signpost them to Bowel Cancer UK to find out more, is crucial."

Our #GetOnARoll campaign has already led to us partnering with Aldi, Andrex, Asda, M&S, Morrisons and Waitrose. The campaign is calling for supermarkets to print the symptoms of bowel cancer on their loo roll packaging to raise life-saving awareness of key signs of disease. 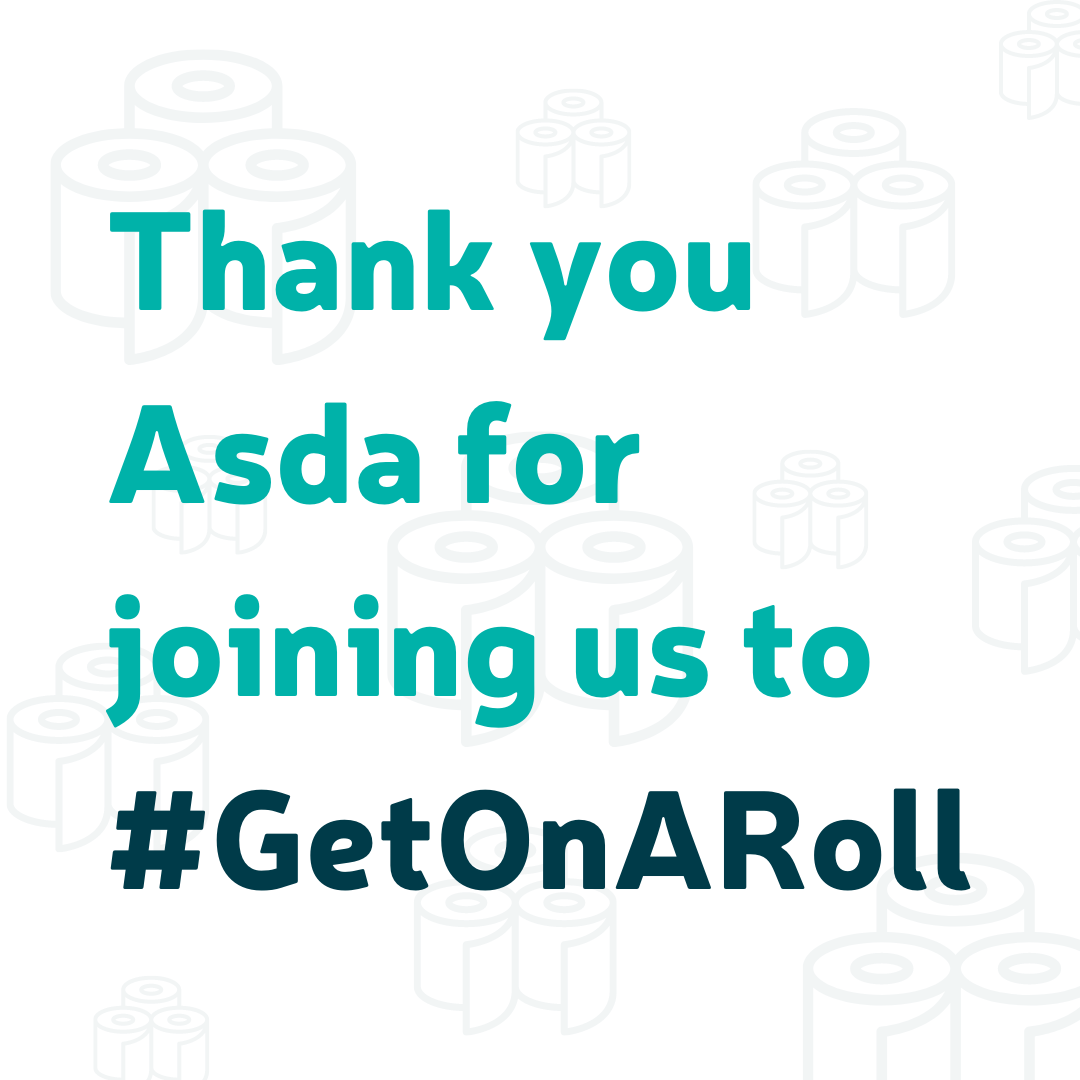