Everyone at Bowel Cancer UK is devastated to hear that Beth has passed away. Our hearts go out to Beth's husband Richard, her children Joseph and Abigail, and her family and her friends, including the many she made in the bowel cancer community.

Beth was a self-proclaimed bowel cancer 'warrior' and a close supporter of our charity. She played a huge part in our Never Too Young campaign, working with us on issues particularly affecting younger patients diagnosed with the disease.

She helped to raise vital awareness at every opportunity, speaking with raw honesty about her own difficult bowel cancer journey. Last year she spoke to George Alagiah during an episode of our videocast about how the pandemic had impacted her treatment. An operation she was due to have to remove a tumour from her lungs was cancelled at the last minute because of the risk of coronavirus, and Beth was then told the cancer had spread to her brain.

Beth was diagnosed with bowel cancer when she was only 37 years old. She visited her GP with symptoms of the disease, but was advised it was Irritable Bowel Syndrome (IBS). Beth believed that if she had kept a diary of her symptoms, her GP would have taken her seriously and referred her for further testing sooner. We collaborated with Beth to create the 'symptoms diary', to help keep track of a person's symptoms before they visit their GP.

When the diary was endorsed by the Royal College of GPs, Beth said: "I hope this symptoms diary will help to either rule out bowel cancer or that a person will be diagnosed with the disease early when treatment has the best chance of working."

Writing in her local newspaper about living with stage 4 bowel cancer in January this year, Beth said: "Know your body. If something does not feel right then get it checked, and don't be fobbed off. Trust your gut."

We are so grateful to have known Beth and to have worked with her over the last five years. Her support for people with bowel cancer has been selfless at all times and she has left a lasting legacy, helping others like herself now and in the future.

Beth’s family have set up an online page in tribute to her. If you would like to leave a donation or message you’re invited to do so here. All donations will help continue Beth’s determination to raise awareness of bowel cancer in young people by supporting our Never Too Young work. 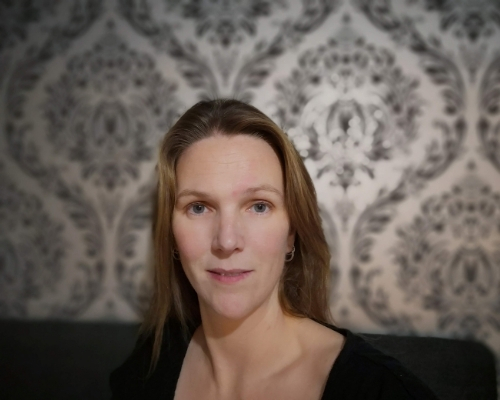