I was diagnosed with stage 3 bowel cancer in December 2013, which then later spread to my lungs and liver making it stage 4.

It was springtime of that year I first started noticing a change in my bowel habits. When I went for a poo it sometimes felt like I hadn’t quite finished, and on a couple of occasions I noticed blood in the toilet. To be honest, I wasn’t that concerned and just put it down to all the running I was doing in preparation for the Florence Marathon which I was training for in the November of that year.

I was due to have a Bupa Healthcare check-up through my work in July, so decided I would just wait until then. On the day after they had done all the usual tests and checks, the doctor asked me if there was anything I wanted to discuss and so I mentioned the change in my bowel habits.

She did an examination there and then and didn’t think it was anything to be worried about. However, just to be on the safe side she did recommended that I book a colonoscopy. I didn’t do this straightaway as the symptoms had died down a little and I was feeling absolutely fine. I ran the Florence Marathon in November 2013 in 3 hours 11 mins and felt great on the day.

Two days after returning home from Italy I had my colonoscopy appointment. If I think back now, I nearly didn’t go, as I just thought it would be wasting everyone’s time. However, as it was booked I went and thank goodness I did.

The consultant saw the tumour right away and although he didn’t say cancer at the time, he was definitely alluding to it. We got the results of the biopsy and on Thursday 5 December it was confirmed that I did indeed have stage 3 bowel cancer. At that moment, my life changed forever.

At first, I couldn’t get my head round it. My feeling immediately on him saying the ‘C’ word was one of utter shock. I simply could not understand how someone who was otherwise fit and healthy, having just run a marathon, could have such a thing! I really struggled to take in the news with a million thoughts rushing round my head.

I am 39 for goodness sake! I run marathons, I eat a healthy diet, I am not overweight, I don’t smoke, I am not diabetic, and there is no family history. I simply don’t “tick any of the boxes”, how can this be!

The rollercoaster of treatment began. I had combined chemo and radiotherapy from Jan to February 2014 to shrink the tumour. This was then followed by bowel surgery in May. The surgeon was happy with the way the operation went. I recall waking up from the surgery and realising that I would have to deal with a permanent colostomy. Something which now is not a major issue, however at the time was a lot to take in.

Just six weeks later, we found out that the cancer had spread to my liver. I really felt I had been through all 'the shocks' cancer could throw at me, and so admittedly was completely 'floored' by this news. Soon after I met with my liver surgeon, Merv, who booked me in for surgery without delay. This was then followed by six months of chemotherapy from August 2014

I was determined to continue running through chemotherapy and decided to set myself the challenge of running 1,000km by the end of the treatment which I just about managed to achieve. Running was a huge factor in helping me not only physically but also mentally getting through this period.

I entered the 2014 Great South Run as another target to focus on during the chemotherapy, I spoke to my oncologist about running it beforehand, and was delighted when she gave me the green light.

In December 2014, I had my second ‘all clear’ scan but I would still need to have chemotherapy until the following February. To say this was a relief would be an understatement for sure. I celebrated by signing up for the Berlin Marathon and BUPA London 10k race in 2015. I was determined to reach my target of raising £20,000 for the charity. Both runs went well and I was pleased that despite the surgeries and treatment my times were not too much slower (3hrs 29 mins at the Berlin Marathon).

Then in July 2015 I had a scan where my oncologist noticed something very small on my left lung. We waited four months to see if it grew, and luckily in November we found out that it was nothing. I was in the clear once again.

A year later in 2016, I found out that the cancer was back, this time in my lungs. It’s difficult to describe how I felt being told for the third time that I would go ‘under the knife’. I joked to myself that I feel I am running out of organs for it to go to. I had two more surgeries (one on the left lung and one on the right).

In February 2017, the cancer came back in my lungs. Looking at the positive, it was only in one of them and was a very small tumour, so it was keyhole surgery.

A few months later in July, a PET scan revealed more growth in my lungs. I needed to have an intensive eight cycle radiotherapy treatment plan and I took part in a clinical study called SABR (stereotactic ablative radiotherapy), with the whole treatment lasting for about a month.

I then had a good run of clear scans, but in December 2018 the CT scan revealed that the cancer was back in my lungs for a fifth time. Whilst I wasn’t necessarily surprised that it had returned as I had been told this before on several occasions, I certainly was when I was told that it was incurable this time. My oncologist told me I would have anything up to five years. After the initial shock had sunk in, Catherine and I decided that it was time to start making some more lasting memories for the boys. We booked the holiday of a lifetime to Florida the following year!

In the new year of 2019, I was in contact with Deborah James (@bowelbabe). She recommended I get in touch with a top lung surgeon at the Royal Brompton who had treated her in the past. He ‘specialises’ in very complicated cases, and in February 2019 he told me that he could operate. On 1 May 2019, I went ‘under the knife’ once again and although he had hoped not to have to, in the end he took out my entire left lung.

Seven months on, I have gone from being incurable to ‘all clear’, and now I have my eyes set firmly on completing the London Marathon for Bowel Cancer UK. I am really hoping that I can add to the £22,000 I have already raised and be one of what I assume are only a few to complete a marathon with one lung.

It's those who live with someone going through cancer treatment that are so often forgotten. I am so lucky to have Catherine, my wife, 'on my team' and my two children Jack and Ollie. They have been through the whole thing and stood by me every single step of the way.

Never have the wedding vows of 'through sickness and in health' been so tested in our marriage...well I can say Catherine 'has been tested' and passed with flying colours! Thank you so much Catherine, we move on 'once again' sweetheart! 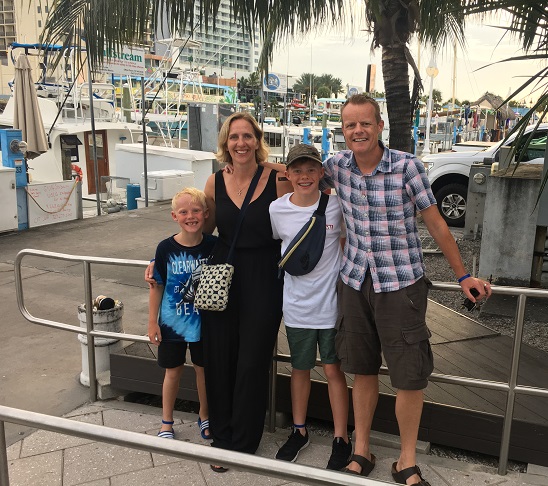 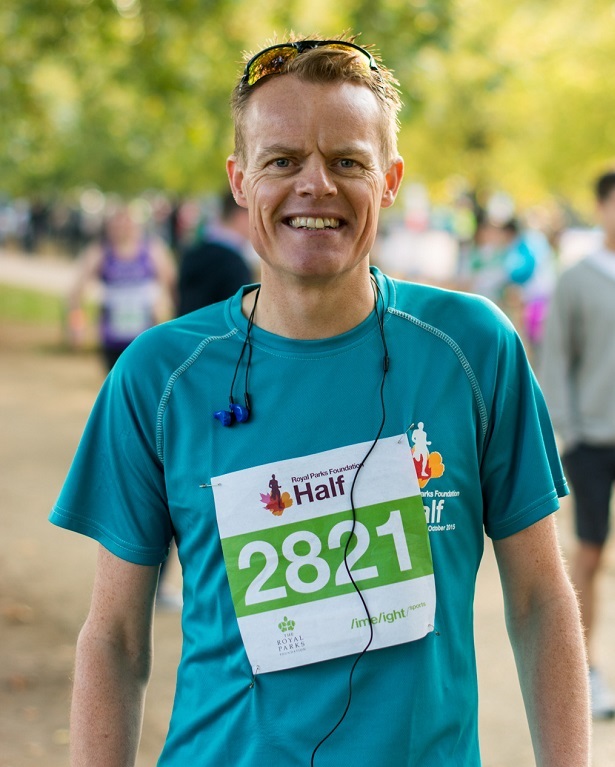 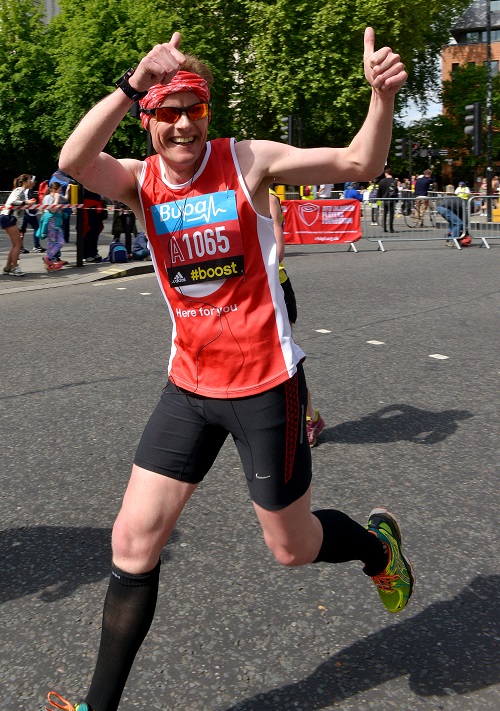