In June 2020, I visited my GP after I started to experience blood in my stool and frequent bowel movements. The GP diagnosed me with piles/haemorrhoids after an initial examination and I was told it would clear up with a treatment of steroid suppositories and cream.

At this point I did think my symptoms could have been bowel cancer however they basically told me it would not be. Just piles. Which of course was by far the most likely thing statistically.

On Friday 13 November 2020, having waited a number of months to get a follow up appointment for my 'piles' situation that was not getting better, I finally got the bowel specialist appointment I needed. I attended this along with my wife and we were rather abruptly informed to everyone's shock and surprise that I had bowel cancer. I struggled to believe this diagnosis since I had only had a 'manual' examination, was 33 years old and only just married with two young kids. I mostly felt a mixture of shock, panic and confusion but also hope that perhaps the diagnosis was wrong and further investigation would prove this. I was also aware that if diagnosed early bowel cancer was usually very treatable and so I tried my best not to panic, and buried my head in work and home life as much as I could.

The next four weeks dragged. Really dragged. I had a colonoscopy, CT scan, MRI and blood test and heard no word of any results until a full four weeks had passed, at which point we attended an appointment to be confronted by a 'multi-disciplinary team' of five specialists looking gravely concerned. We were told it was not good news, that they couldn't operate and that I have a rectal tumour nearly completely obstructing my colon, growing out into my prostate and 12-14 liver metastases and two spots on my spleen. It transpired that the plan was to go for intensive chemotherapy and see if the situation could be improved to the point where an operation was feasible. But things did not look good. I stopped working and set to researching treatment options, diet, complementary therapies, lifestyle medicine and seeking out positive stories and advice surrounding bowel cancer and cancer in general. Thankfully, in spite of the pandemic throwing the NHS into complete disarray and placing a huge amount of strain on things, my treatment commenced swiftly and my first chemotherapy took place on 24 December 2020. I am very grateful that to date I have received all my treatments on time, in an undisturbed and incredibly caring and compassionate way.

In spite of the current pandemic. I gave up refined sugar (as much as possible), nicotine, alcohol, and caffeine, stopped working and made many positive dietary changes all at roughly the same time as commencing chemotherapy. It's fair to say that my first chemotherapy cycle was somewhat challenging. I didn't know which way to turn in terms of the blame for my suffering. Was it the cancer? Was it nicotine withdrawal? Was it caffeine withdrawal? Was it glucose deficiency? Was it all the cytotoxic chemicals? I experienced some fairly severe side-effects the whole way through (bodily and facial rash, peripheral neuropathy, mouth ulcers, chemo-belly etc.) and seriously struggled to motivate myself to do anything at all for at least the first fortnight of chemotherapy. However, 10 months on from my original 'palliative' diagnosis and following nine cycles of chemotherapy plus 48hr pump at home via pick line, as well as five weeks of intensive chemo-radiotherapy my tumour marker (CEA) figure fell from 563 down to around two, my spleen was back to 'normal', my liver nearly fully recovered and functioning well, and my bowel function returned to nearly normal and much better control than during radiotherapy.

I currently feel fitter and healthier than I have in a very long time. To the extent that I'm even able to compete in the London Marathon, an experience which I am very much looking forward to.

My message: Never give up hope and keep on working on your general health alongside the appropriate medical treatments and you will be amazed what can be achieved even in the face of a seemingly hopeless diagnosis! 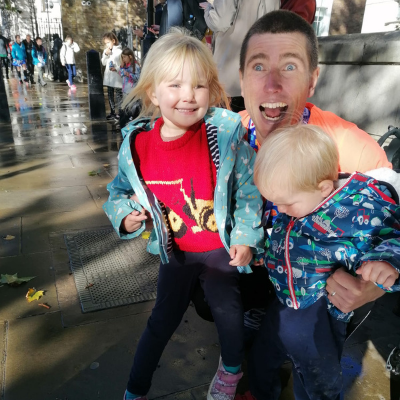 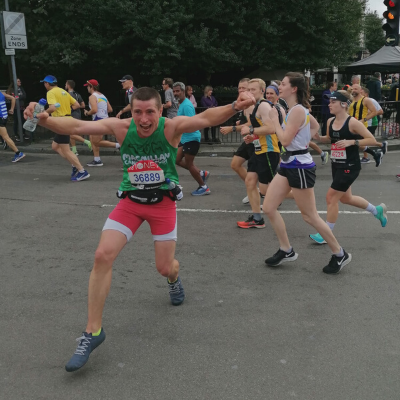