It took four years of symptoms before I was diagnosed with bowel cancer.

I first started getting symptoms when I was 18 years old but didn't get diagnosed for nearly four years. I had back pain, bloating, was passing blood and had fatigue, but it took me losing weight very suddenly and becoming incontinent before getting a diagnosis following a colonoscopy. I've also been diagnosed with Lynch syndrome and it's currently being investigated throughout my family.

Six months before getting diagnosed, I remember lying in bed thinking I'm going to die before they ever figure out what's wrong with me. Actually hearing the words "you have bowel cancer" was such a relief for me that they had found something that could be treated and that I could just get on with my life.

So no I didn't cry, but I did get angry. I had been suffering for four years and felt like my health wasn't being taken seriously. I was told by a handful of doctors it could be irritable bowel syndrome, Crohn's disease, ulcerative colitis, colon spasms, constipation, but cancer was never brought up. I was told to change my diet, take laxatives, take irritable bowel syndrome medication, not to sit on the toilet for too long, take antibiotics, take iron tablets but these things obviously didn't make a difference. The constant back and forth I had with my GP was exhausting and I was just getting sicker. When I dropped to about six stone and became incontinent, I was finally booked in for a scan and a colonoscopy. I was told they found a large polyp just above my rectum and had taken a biopsy. They also told me I was now being referred to a specialist and I should be seeing them in about two weeks. It's at the specialists that I found out my diagnosis.

I've gone through chemotherapy, immunotherapy, radiotherapy, four surgeries, sepsis, one skin graft, Ramsay Hunt syndrome and a stroke. I've had my pelvis reconstructed and have had a full hysterectomy, my rectum, part of my bowel, bladder, and tailbone removed and some of the nerves to my left leg cut. I also have two permanent stomas (colostomy and urostomy) and along with not being able to walk properly, I will be disabled for the rest of my life.

When I first started getting ill, I was told by a doctor not to google my symptoms because it would come up with bowel cancer and I'm way too young. This came after I had told them about my family's history of bowel cancer and asked whether that could be a possibility. Now that I'm starting to feel more myself I want to share my story, as I hope that it could encourage more young people to get help if they are experiencing symptoms because being told 'you're way too young' simply doesn't cut it anymore. 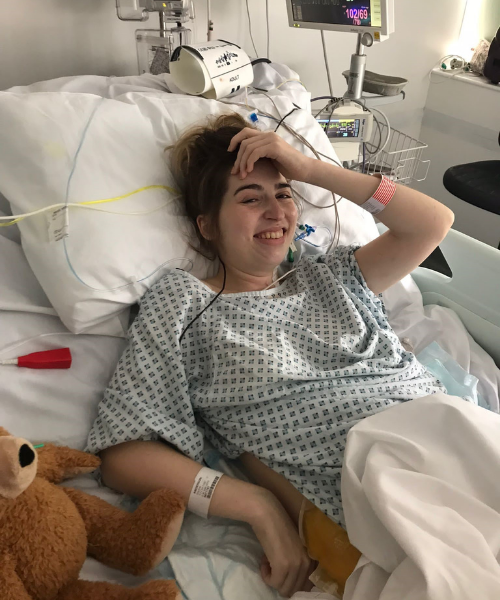 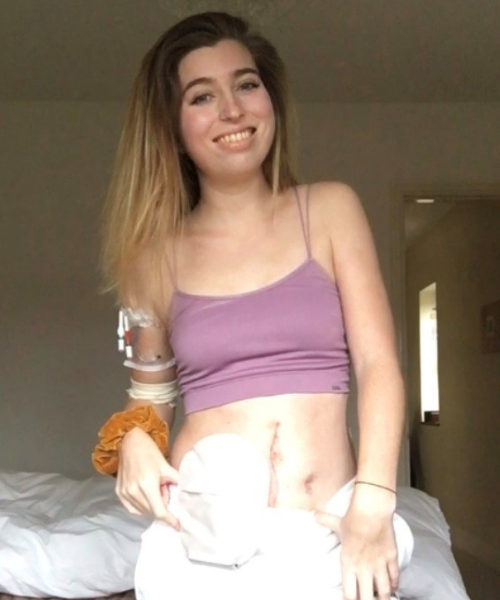