I was diagnosed with stage 3 bowel cancer in November 2017 aged 35.

I was rushed to A&E after having a large amount of bleeding from my bowel. I wasn’t diagnosed with bowel cancer until nine weeks later after a colonoscopy. I hadn’t had any other symptoms so bowel cancer didn’t cross my mind and at the hospital we were told the bleeding was possibly caused by haemorrhoids.

I had bowel surgery to remove two thirds of my bowel and the tumour. I found recovery difficult as I had a side effect from surgery called illeus, which causes the bowel to be paralysed and so you can’t eat or drink. This lasted nine days.

I then began eight rounds of chemo, which included IV and tablets. I had side effects like fatigue, sickness and numb hands and feet. I couldn’t have my last round of chemo as I became unwell. My blood platelets dropped and I’ve been left with perhiperal neuropathy in both hands and feet, which affects my mobility and the ability to do simple day-to-day tasks.

In August this year I had a CT scan, which confirmed I’m now clear, but I’ll still need surgery to remove polyps in my bowel. I’ll be monitored every six months through having colonoscopies and I’ll see my oncologist every three months for five years.

Since being diagnosed my life has been turned upside down both mentally and physically, positively and negatively. I haven’t worked for 11 months and I’ve been left physically disabled from the side effects of chemo. But I learned to cope very quickly and I’ve remained positive throughout everything.

I couldn’t have completed this journey without my friends and family who supported me and kept me sane. My daughter coped incredibly with me being so unwell. I recently raised money and will continue to raise more and spread awareness for bowel cancer through volunteering. I’m just ecstatic to be alive and sharing memories with my daughter.

In November 2018, I climbed Mount Snowdon in 70mph winds for Bowel Cancer UK with my friend Sarah and raised over £1,000. 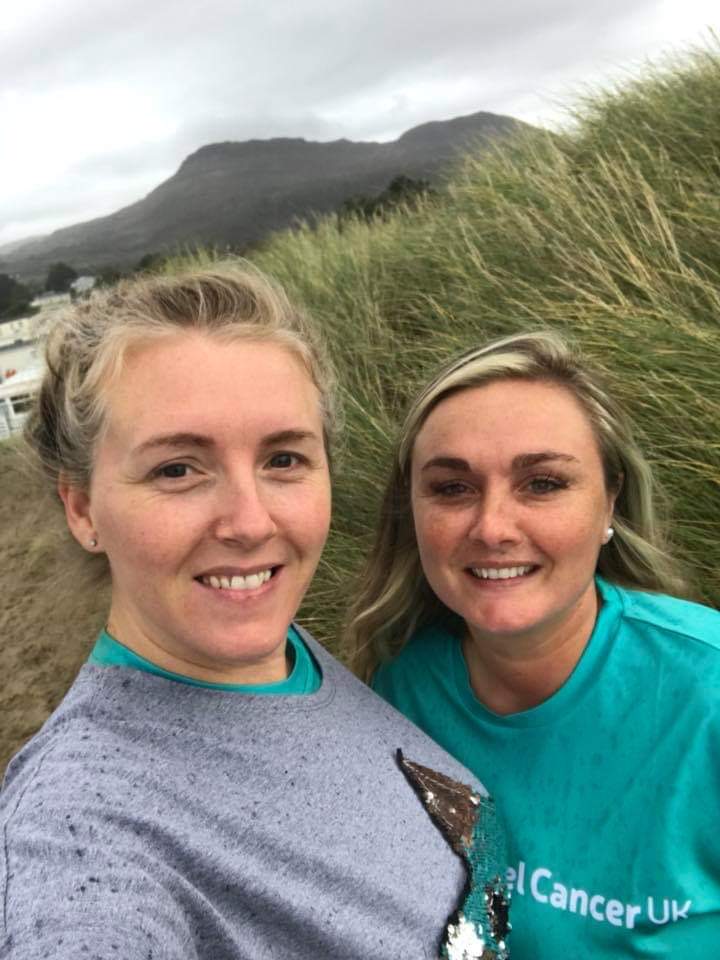