In October 2019, at the age of 37, I kept experiencing stitch like pains below my ribs and on the right-hand side of my body. I went to the doctors several times as I knew something was not quite right.

The first doctor advised I was experiencing anxiety. The second doctor treated me for a urine infection, although I had advised I was not having pain when I wee’d. The third did continue with stronger antibiotics but advised she would refer me for an ultrasound on my gall bladder.

I was due to have my ultrasound on a Friday, but on the Monday I felt terrible, very tired and generally unwell. I went to the doctors again and thankfully he sent me straight to the hospital for the ultrasound, but by the time we got the hospital it was out of hours and the ultrasound department was shut. I was advised to come back in the morning, however they did take my blood sample.

My ultrasound in the morning showed I had a very healthy gall bladder. The consultant called me in to advise me that although the ultrasound was all clear, my red blood cells were low so he wanted me to have a CT scan.

We waited in the hospital for around four hours - thank god for NHS WIFI, I could catch up on TV.

The CT scan happened, we went for food and waited for the results.

As we were called in, my partner Nick said, “shall I come in with you?” He hadn’t for any other meetings, so I said “no it’s ok.” Then the consultants said ’perhaps you should!!!’

The consultant had a nurse sat with him. They both looked at me and I knew something was wrong, but what I was about to be told has changed mine and my families lives forever.

“We have found a small mass within your bowel and we think you could have colorectal cancer.” I mean, I was not expecting this at all, I hadn’t even heard of colorectal cancer. I thought they were going to tell me I was just constipated. I had no blood in my poo or any other symptoms other than the pain.

They left me and Nick in the room together and we were speechless, I’m only 37 and I have two babies to bring up, this can’t be happening. We drove home crying in a state of shock.

Turns out I didn’t need a biopsy on the liver as my oncologist confirmed that I have bowel cancer and it has spread to my liver. They said they were unable to operate on the liver as there were too many spots, and could not remove the bowel tumour as it will cause havoc with the liver tumours so I was to start on chemotherapy.

We discussed side effects and what I should expect. It wasn’t the best conversation I will ever have, I asked her if I am going to die from this and she said “yes I think so.”

My chemotherapy started in December 2019, one session before Christmas. This actually was ok. I was tired but I wasn’t sick or anything like that.

I had five more rounds and then another dreaded CT Scan. I’m now so nervous/anxious about CT scans. My oncologist confirmed she was happy with the results and the scan showed a decrease in the tumour. However, when I asked if we could operate on the liver yet, she confirmed there are still too many spots spread over it.

As I write this I have just come out of a round 12 Chemo hole (learnt this term from a fellow cancer patient), and this has been by far the hardest round yet. I have been in bed for three full days, can’t feel my fingers (neuropathy), have sore feet and a mouth full of ulcers.

I am due another CT scan in shortly – again more anxiety.

My chemotherapy side effects have mainly been plagued by tiredness, not great as I’m a mum of Elphia aged four and Rafe aged seven. However, when I look back I have been really fortunate with my side effects compared to other people’s stories.

To show their support my nephew Oliver and brother Darren took on a head-shave challenge for Bowel Cancer UK, and the support and donations have been overwhelming. I'm so proud of them. We are delighted to help fund future research and others who may be going through something similar.

Oliver was amazed as he had set an initial target of £250, but they've now raised over £3,000. We never ever thought we would be able to raise this amount of money for bowel cancer. Thank you so much to everyone who has donated.

My journey continues… wish me luck.

If you would like to do a fundraising activity then do get in touch with us, we would to support you.

Find out more about fundraising for us 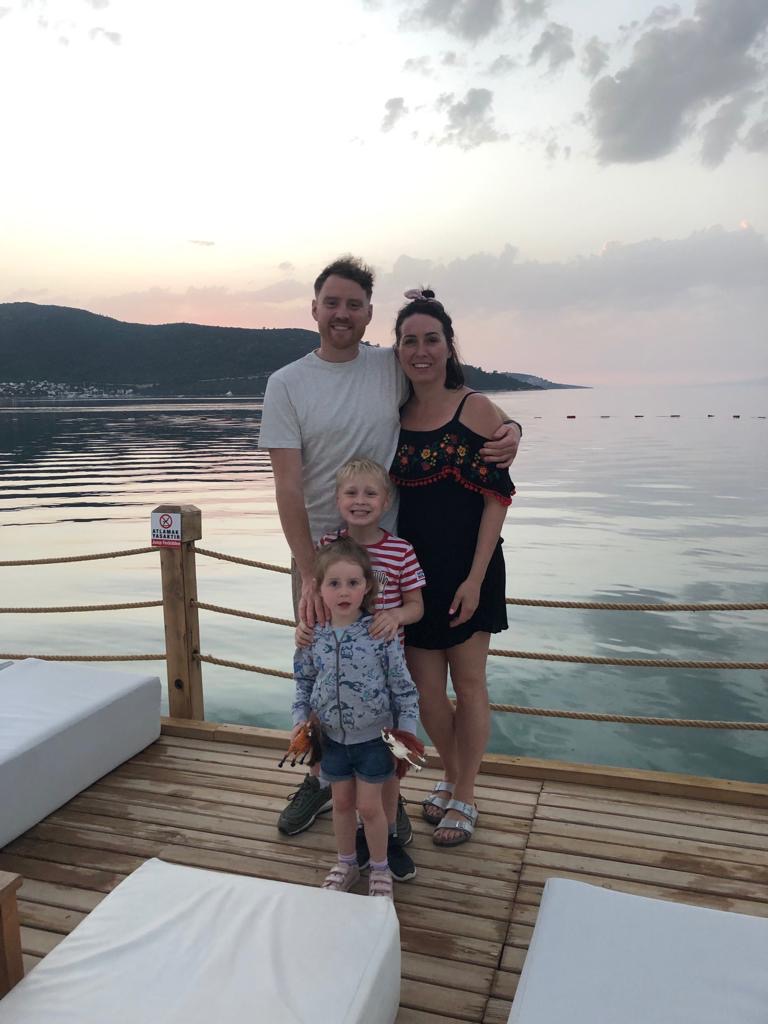 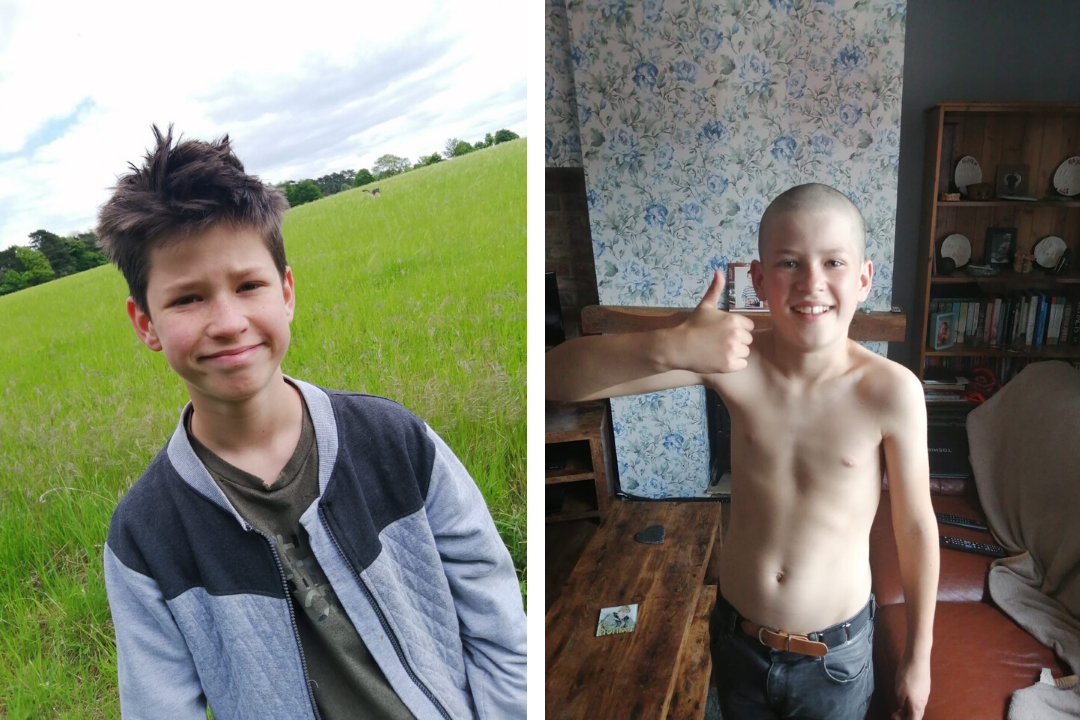 Sarah's nephew Oliver before and after his head shave 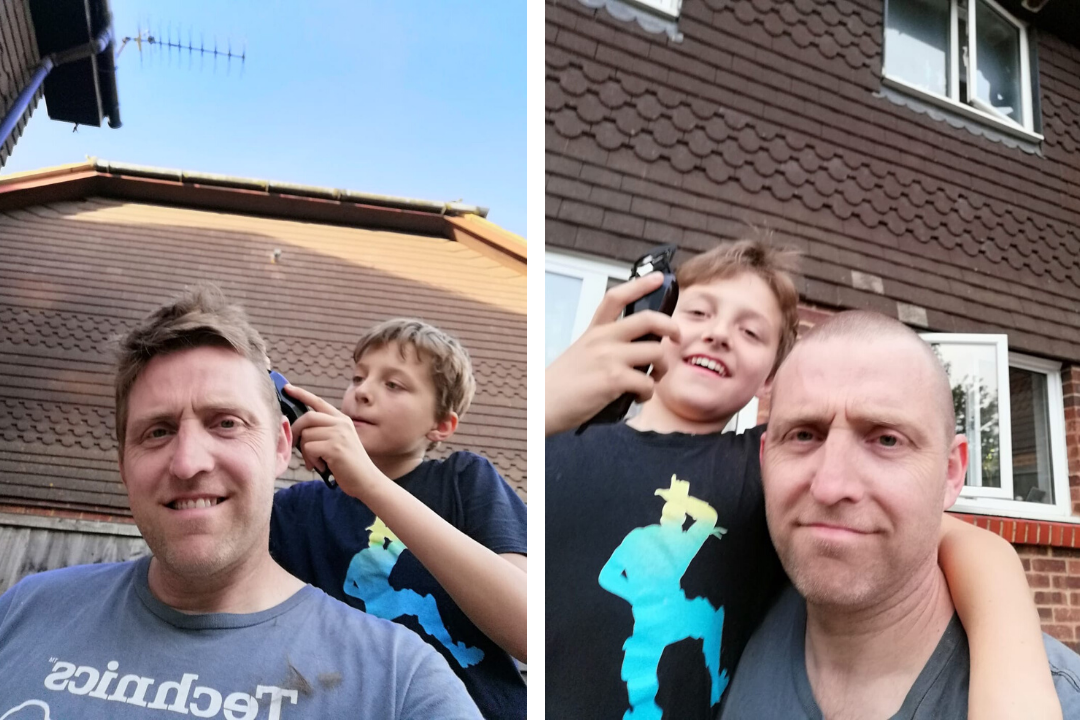 Sarah's brother Darren before and after his head shave