At the start of 2021 I started to experience a burning sensation in my lower abdomen, irregular bowel movements, bloating, indigestion and was constantly fatigued. I visited my GP however I was told it could be irritable bowel syndrome, a gluten intolerance or a coeliac allergy.

I returned to my GP in June 2021 and asked them directly if they thought it could be cancer as I displayed quite a few of the symptoms. They advised me they did not think so and it was most likely to be one of the things they had previously suggested. I found this hard to believe as I had changed my diet months ago after the last visit to see if it had any impact on my symptoms.

My GP did arrange some blood tests and when they came back they told me I 100% did not have cancer but I did have a stomach infection. I was prescribed antibiotics and told I was going to be referred to a specialist to see if there was anything else going on.

I went on holiday at the start of September 2021 with my wife and two small children however the day after I returned I was in immense pain and knew something wasno't right and so I went to A&E on 6 September.

At A&E they gave me a CT scan followed by an emergency colonoscopy where they found a 45mm tumour on my colon. After being told the news I called my wife and asked her to come to the hospital.

I was admitted to hospital and then had an operation on 11 September. I returned home eleven days later. I'm still recovering, but initially it was very painful as I had open surgery as well as key hole which caused my recovery to be longer. I also had an ileus whilst in hospital which was rather unpleasant. I spent one day being sick for 16 hours straight.

As I am a self-employed builder and still in recovery, I'm finding it very difficult to not be as active as I previously was. Financially I am struggling as I no longer have a full income until I am recovered.

At 37 years old, I can honestly say it's been the hardest challenge I have ever had to face, but I've been told I will not need further treatment such as chemotherapy and they will just watch a spot on my liver. 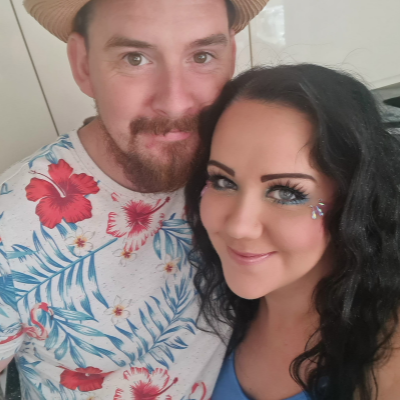 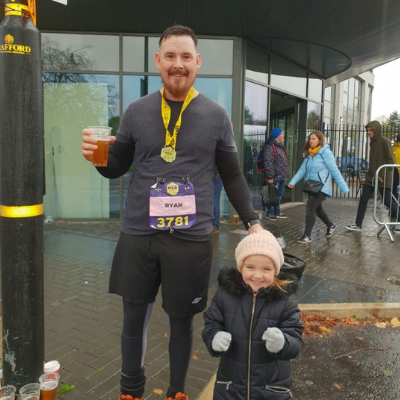