I didn't have any of the classic bowel cancer symptoms, but I did have a temperature and I was feeling sick. I thought I had coronavirus, however one day I was in such severe pain that I thought I was having a heart attack so I rang for an ambulance.

When I arrived at the hospital I had a CT scan, and originally the medical team saw a clot on my lung. However then they discovered it was a dark shadow, so I had another scan a bit lower down and that’s where they found the tumour.

I wasn't expecting to hear that I had bowel cancer. I was on my own, due to COVID-19 precautions. I just couldn't believe it, I had no symptoms – only a slight temperate and a pain in the last couple of days. Thoughts were going through my mind that it couldn't possibly be cancer – I was shocked in disbelief. I thought I may die, and worried about my family, it upset me not being able to see them.

When I told my partner, he was in complete shock and then I had to tell my two daughters, aged 12 and 8 at the time.

The next day I had emergency surgery (left hemicolectomy) and spent two nights in an intensive care unit. Six weeks later, once I had recovered I started six months of chemotherapy.  The side effects weren't too bad, I just felt tired. I think I was quite lucky, compared to others. I remained positive throughout.

Last September I took part in Walk Together, whilst I was on chemotherapy, with a couple of friends over a few weeks due to COVID-19 restrictions.

I've now finished treatment and for the moment I'm taking it one day at a time, I still can't believe I went through that. I'm looking forward to spending time with family and friends and going back to work as a chef, which I've worked at for the last 26 years. 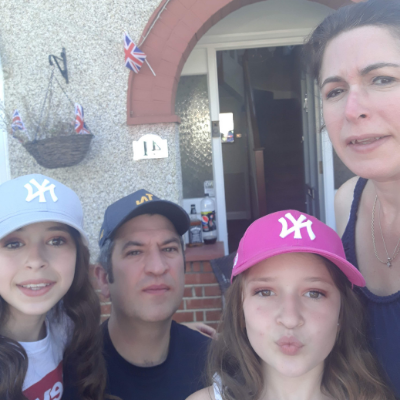 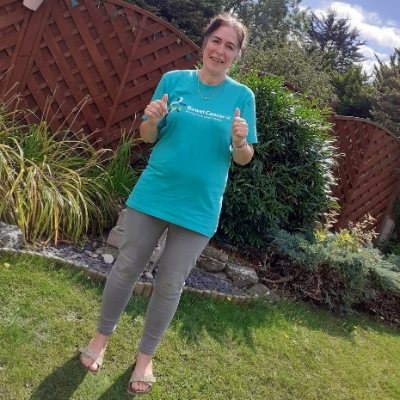