I’d been having loose bowel movements and weight loss for a couple of months, but they were both things I could ignore and write off. It wasn’t until I started getting a pain in my side in June 2019, that I thought I might be worth me going to see my GP.

My doctor initially thought I’d pulled a muscle, but it didn’t go. By this point I’d started to get tired very easily. I was used to walking the three mile round trip to work, but it had started to become a real effort.

I was booked in for a second appointment at my GP for a blood test, but by the time I arrived the pain in my side was so bad that I was immediately sent to my local hospital.

There I was prepped for a CT scan. By this point I was very nervous and worried about what might be wrong. To make matters worse, the effects of the liquid I was injected with for the scan made me feel like I'd wet myself even though I hadn't, which was very uncomfortable.

Later that evening I was told there was a growth on my bowel and in the morning I’d be having emergency surgery. Not only that, but as I was anemic I’d need to have a blood transfusion before surgery. I was in complete shock. I remember going outside, to try and take a moment to digest what was happening and I just broke down.

The next morning I was first on the list for surgery. My wife and eldest son only just made it to the hospital in time. I was literally about to be put to sleep when they were kindly allowed in to give me a cuddle.

Fast forward a few weeks and we went to see the surgeon and colorectal nurse for my results. Our worst fears were confirmed. I had bowel cancer and it was stage 3.

I was referred to Clatterbridge as it's the nearest specialist cancer hospital. Thankfully they have a day unit once a week at Chester, which meant that travel for treatment wouldn’t always be long. At first I was prescribed Capox chemotherapy on three weekly cycle infusion, followed by a fortnight's tablets. However, I didn't react well to this. I felt sick all the time, soiled the bed twice in my sleep and had a lot of diarrhoea.

I was also having terrible neuropathy. I had constant pins and needles in my hands when handling anything cold, had to wear socks to get to the bathroom as I also got itchy feet when walking on the lino flooring. I had an overwhelming sickness that meant I had to see the GP for extra anti-sickness medication and also had to buy Imodium to ease the constant toilet visits.

After my review with the specialist at Clatterbridge she agreed to switch me to Folfox. So I am now on a fortnightly infusion and I have a pump attached to my picc line for two days after for 11 cycles. As I’m writing this I’ve just had my bottle removed by a lovely district nurse and early signs are I'm coping much better. I do still feel tired sickly, but I’m not being sick! I still have cold sensitivity, though it’s nowhere near as bad as it was. I’ve also had one diarrhoea attack since changing treatments, but it’s much less than I was having and it’s manageable with tablets.

The best advice I can give to anyone starting treatment is don’t be afraid to ask your specialist any questions. They want you to tell them when things are working and when they might not be.

My family have been incredible, putting up with my nerves and worries. It's been tough on Angela, my wife. She is awaiting surgery and is currently trying to lose weight for it. So to suddenly find out that I was seriously ill was a bolt from the blue. It was a lot for us to take on as a couple, but she has been amazing and my absolute rock. Before I started chemotherapy we went away for couple of days to clear our heads and enjoyed the sights and sounds of Blackpool. It was some much needed us time.

This has all been really difficult for our youngest son Lucas, as he has ADHD and really struggled to understand what was going on. It’s taken me getting the chemo pump and the bag in before he’s really started asking questions, but he is at least finally opening up.

My eldest Connor has also been so good to me helping when I couldn't bend down post-surgery, willingly going shopping for us as neither my wife nor I could carry heavy loads. As for my mum, she has been incredible. While I was in hospital, she lost her brother to cancer, but has still managed to be so strong for our whole family. The support of her and my dad has been a real tonic as well as from my sister and her partner. I've had my moments but everyone's love and support has made this an easy a journey as it can be. 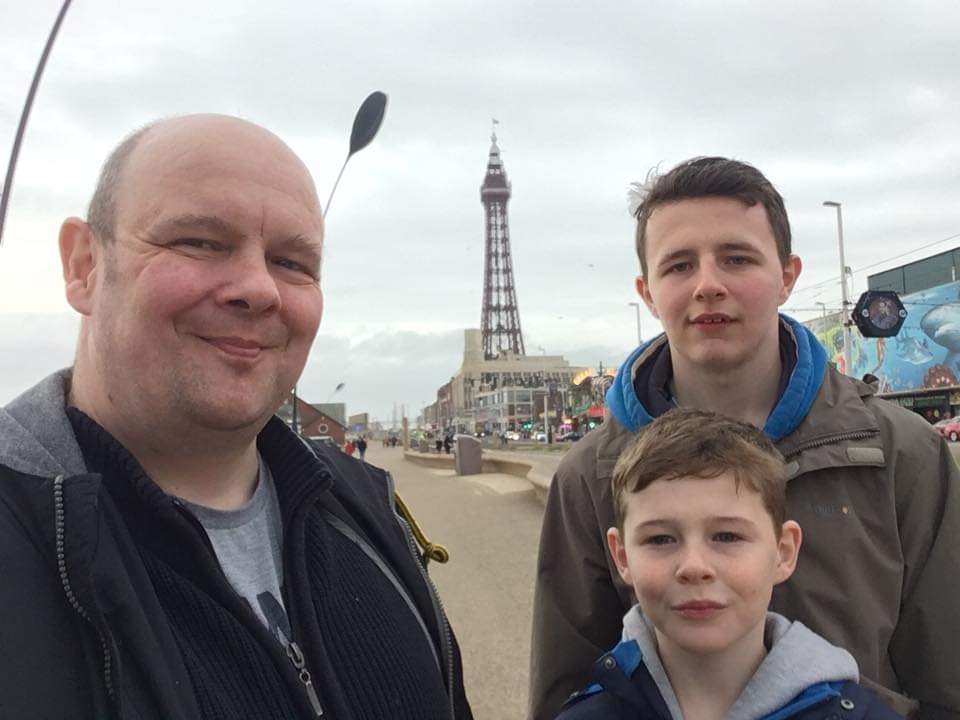 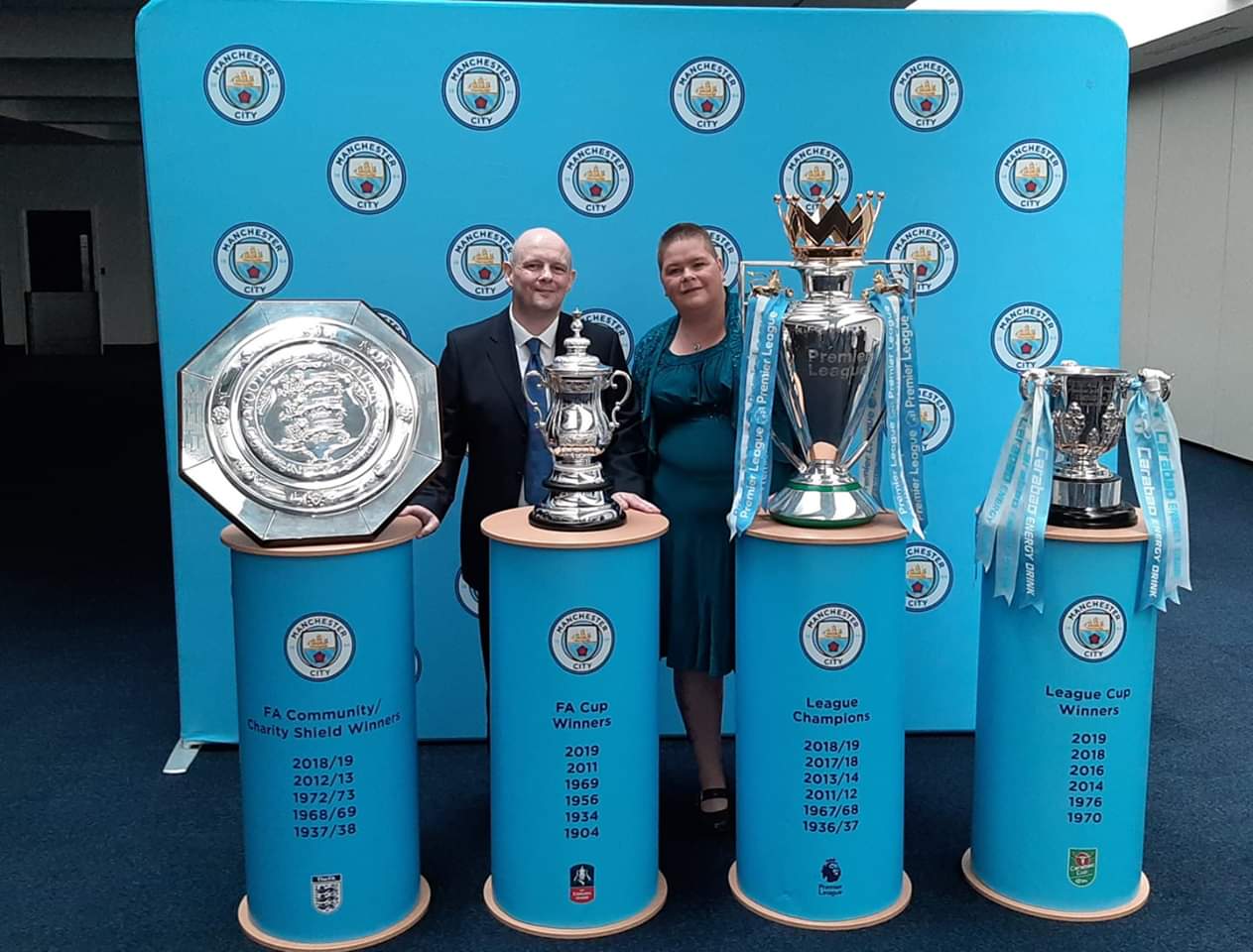