Father to a seven year old daughter, husband of 13 years and somebody who does not like running… I was diagnosed with stage 3 bowel cancer in 2019, aged 38.

Around March 2019, I started experiencing abdominal pain, which progressively got worse. I didn't have any of the other classic bowel cancer symptoms so I just thought it was something I was allergic too. I went to my GP and they did some blood tests but they couldn't find anything. I tried cutting out gluten from my diet for about six weeks, but this didn't really have much of an effect. Typically, after I ate something heavier like a steak for my evening meal, I'd go to bed as normal. Then after a little while I'd wake up with stomach cramps and start being sick. Sometimes I would be being ill for an hour or so and other times it would pass in a few minutes. It wasn't consistent, as some weeks I'd be fine and others it would happen more often, it was all very irregular.

One evening in June, I was violently sick for a few hours. I was exhausted, I couldn't shake it off and I became very dehydrated. My wife was wide awake but all I wanted to do was fall asleep. Thankfully Lucy, my wife, phoned 111 and they urged us to go to hospital. I had no interest in this because all I wanted was sleep. Like every illness I'd had before I figured I'd get better with rest. So somewhat foolishly with hindsight, I thought I'd feel better after some sleep. However, my wife wasn't having any of it, providing me with an ultimatum, allow her to help me get dressed, and go to the hospital or she was calling an ambulance. The journey was horrendous, I could feel every movement in the car and was struggling to stay awake. My initial thought was it must be my appendix. I remember stumbling into A&E feeling like death, our car abandoned almost outside the doors. I just slumped in the corner thinking it's going to be hours until someone saw me and that I wanted to go home to rest. However, to my surprise I was called straight in. They put me on a drip and gave me anti-sickness tablets. Shortly after they took a blood test apparently I passed out while sat in a chair.

When I started to come round, I was promptly moved to a bed and they took me through to a ward. As the hours passed by, the meds kicked in and I got some fitful sleep, I was starting to feel better, but it became obvious that the doctor was concerned about something. I saw a young, newly qualified doctor who was brilliant and he said that he's got a sixth sense that something isn't right. I had a CT scan and then there was lots of waiting around for the results. You know it's bad when two doctors are in the room with a box of tissues. My heart sank.

They said they think it's bowel cancer, because they had found 'apple coring' which meant a tumour, which was most likely to be cancerous. When the doctor broke the news to me, there was an awkward silent pause, designed I suspect to allow the information to sink in and compute. I just sat there, waiting for whatever they had to say next. I guess that wasn't what they expected because they just repeated what they'd said already, enquiring further by asking if I understood what they were saying. I confirmed that I did and apologised for appearing unmoved by the news. Bizarrely, maybe to some, I kind of knew I had a serious problem and that something was wrong, so it was almost a relief that the problem had been defined. I didn't cry, but I was overcome with feelings of guilt. I thought I let everyone down. I've got a daughter and I wondered whether I'd see another Christmas with her.

When you get a cancer diagnosis, you instantly think the worst. However, I was quite pragmatic. I asked the doctor directly 'is this a death sentence or can you treat it?' They explained that they could do something but wouldn't offer much more assurance than that. I stayed in overnight and was discharged and sent home with painkillers. The next few weeks was a flurry of hospital visits with more tests, discussing treatment plans and they also introduced me to my medical team, including my oncologist and surgeon. They were quite positive about my diagnosis, but careful not to give me false hope. However, I was young, fit and healthy.

My family and friends were brilliantly supportive, but a concept I struggle with is when people use the word fight, as in, you can fight this, you can beat cancer. It's not a fight, I was a total passenger in the process, it's all down to getting the earliest diagnosis. As well as being in the best mental and physical shape but most importantly receiving, good treatment because that is what will see you though. The reason people are so regularly checked for the first five years after the chemotherapy treatment finishes, is because you unfortunately have so little influence on what's happening to your body, but that is also kind of good news too. The doctors, nurses, health professionals and hospitals are excellent, trust them and do as they say, would be my advice to anyone.

The day after my diagnosis, I got a call from the GP with some blood test results they'd arranged previously, and he said that it was great news because it definitely wasn't anything serious… like cancer!? Obviously I told him differently as the previous day I was diagnosed with bowel cancer at hospital. Some people may have been enraged or hurt by this, but I wasn't, so I haven't made any form of formal medical complaint. It is however alarmingly clear to me that GPs simply aren't equipped to process and define more serious stuff such as cancer especially in younger people. It really brought home to me that if you're not happy with your GP's diagnosis of something, demand a second opinion, we only get one shot at life after all.

The surgery was booked in, but we had booked a two week holiday abroad and asked if I could delay the operation by a week. The surgeon agreed that it shouldn't make much of a difference and actually a holiday may be a nice idea. He did advise to get holiday insurance, but that is very tricky and expensive when you've received a cancer diagnosis but had no treatment. We ended up just making sure that we had enough money in the bank for an emergency flight home. A somewhat dicey approach maybe, but the rest and recuperation allowed me to recharge my batteries before the operation and chemotherapy started.

A few days after landing back in the UK, I had surgery. I had two and half weeks in hospital. It was a major operation and I wasn't really prepared for immediately afterwards. I looked like a filleted fish that had been stapled back up, and moving myself about was most challenging. I was really well looked after in hospital, and taking full advantage of the morphine. Being a complete wuss at heart, I was moved off the self-administering morphine clicker and onto tramadol that the nurses administered at set times. I'd basically maxed out the maximum limit allowed in really short of amount of time!! Let's just say that I felt fine about it at the time. With that much morphine running through the blood stream, anybody in my position would have been fine with it too… Trust me.

I'm not good at not doing much, so when I came home, I was quickly bored out of my mind and after three full weeks off work, including the operation, I went back to the office. They were surprised to see me and our MD, Tony told me to go home, repeatedly. However work is my sanctuary, I needed to be there, I needed the distraction and the normality.

In October, I started chemotherapy. My first round wasn't too bad, but I was violently sick after my second cycle and required another night stay at the hospital. My liver wasn't working properly to break down the chemotherapy, it was touch and go as to whether I could even continue with chemotherapy at all. My oncologist, slowed down my dosage, so instead of two hours in hospital I would be there for six, which with added anti-sickness, resulted in ten hour visits. I was due to have chemotherapy every two weeks but periodically I required a month or six weeks break in between sessions. I was due to finish chemo in February 2020, but because of the long breaks in between cycles I had to carry on until the end of March.

The proposed twelve cycles were reduced to ten, because by February 2020, COVID-19 had hit the UK. The risk of catching COVID-19 was deemed too high, especially with a very low immune system.

I had a scan in November 2020 and the results read 'no current or recurrence of the disease' which is great news. I'm fortunate that I had brilliant care in the NHS, a good level of fitness and I was diagnosed early. I don't however buy into the school of thought that I beat this. Cancer is something that is in the forefront of my mind every day. It is good news now, and long may that continue but I'm certainly not flippant about the severity of my situation so I keep my fingers tightly crossed for continued good news.

As I lay there this time last year having chemotherapy and feeling awful, I decided that if I got through this I was going to do something to give back and say a feeble, but personal thank you. As a person who's not a big fan of sports really and doesn't enjoy running, I've signed up with Bowel Cancer UK to run the London Marathon in 2021. That might seem an odd decision to make but I want to do something that takes real commitment and is a serious and worthy challenge. If you'd like to find out more, I've also been interviewed by Jake and Pete for their 'Running with Jake Plodcast' all about running or in my case my distain and lack of ability when it comes to running. 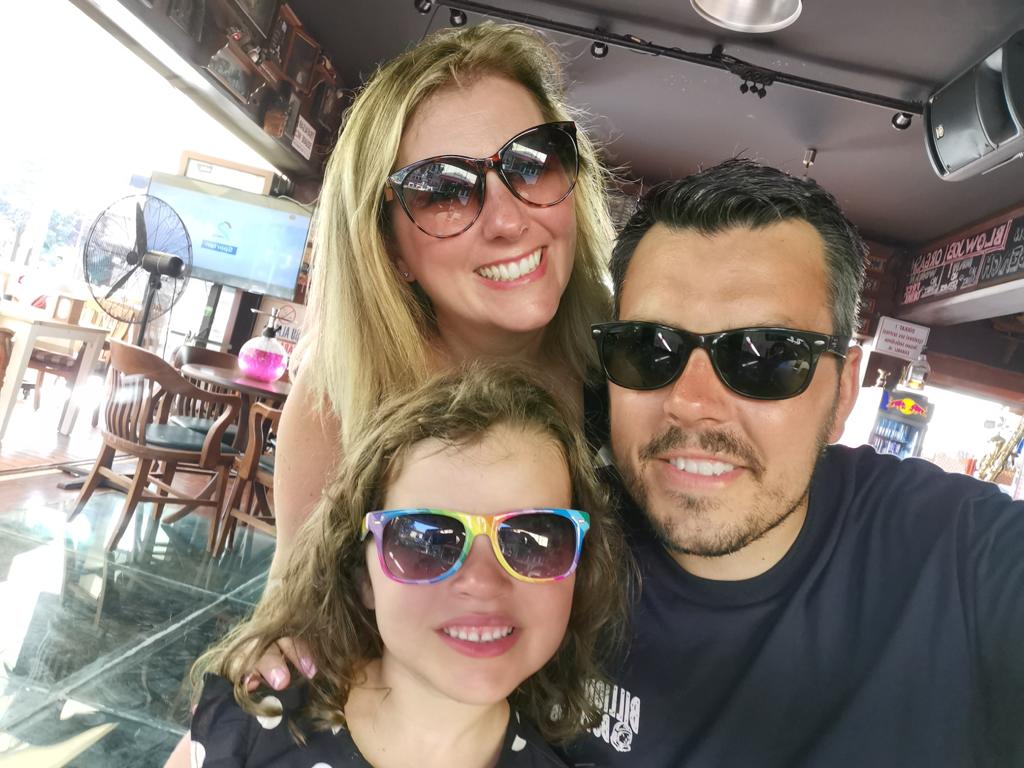 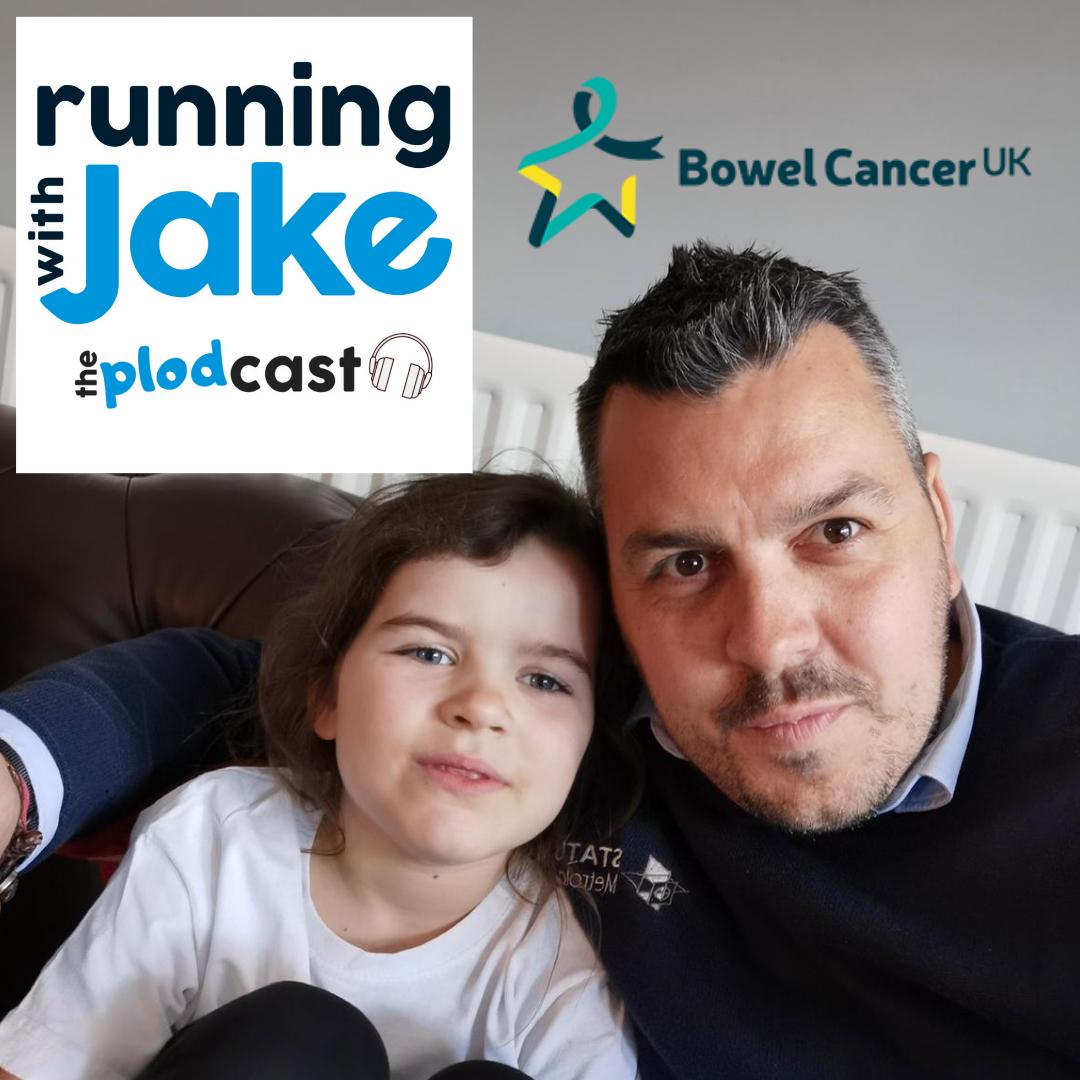