When I was 19, my family and I were sent for genetic testing after my nan had three cancers and my uncle passed away at the young age of 39 from bowel cancer. I tested positive, confirming I had the mutated gene and therefore had Lynch syndrome. This meant I would be going for regular colonoscopies to check my bowel and a few other tests to check for womb and ovarian cancer.

A few years later my mum and my aunt were diagnosed with cancer, they both underwent surgeries and lots of treatment and thank goodness are still with us today, even though the side effects of cancer still affect them daily.

Then in 2012, when my cousin Rachael was just 19, she was diagnosed with bowel cancer, she was about to face exactly what took her dad's life. After years of treatment and operations she very sadly passed away in 2016. I found the loss of Rachael very hard, we were extremely close and I still grieve for her and miss her every single day.

Fast forward to 2020 and coronavirus. I had my regular colonoscopy in February where they found a polyp which was removed, whenever a polyp is found we have a follow up scope six months later. Because of the strain on the NHS my next colonoscopy was delayed so I had this in October, something was spotted and biopsies were taken. I hoped this was just scar tissue from the removal of the polyp.

A week later my partner proposed and we were in a bubble of happiness. I then heard from the hospital who informed me I needed a CT scan, this rang alarm bells with me as I'd never needed one before. My CT scan was booked for the day after my birthday.

Three days later I went in to see the consultant and he confirmed what I was dreading, that I had bowel cancer. It wasn't a shock but how do you ever prepare for news like that? Many people in my family had had cancer and survived, Rachael hadn't and she was the youngest. I'd seen all sides of cancer because of our family history and knowing too much can often make it worse.

As we sat in this tiny, dark room the consultant gave me options of what could happen and advised we were still waiting for more results. Being just turned 34, due to get married and yet to start my family there was lots to consider. After lots more tests and a second opinion I met my incredible consultant who was to perform my surgery, it was decided that I would have a subtotal colectomy (my whole bowel removed) and he arranged for this two weeks later on the 7 December.

Treatment was unknown at the time, as the bowel would need to be tested as well all the lymph nodes. I had to walk into hospital alone the morning of my surgery due to COVID-19 and it was one of the hardest things I've ever had to face. Not knowing how long I'd be in hospital for, no visitors and no help, it was an extremely lonely and scary thought. I knew I would be coming home a different person.

My surgery was a success and the bowel was removed as well as 90 lymph nodes for testing. I was measured up for a stoma but fortunately it was not needed. I have a very small part of sigmoid left which was connected to my small bowel. I was in hospital for a total of five nights.

The nurses were amazing and have to do so much more for their patients as their loved ones can't be with them. I can never thank the NHS enough for saving my life. Two weeks later my consultant called me himself and delivered the wonderful news that my tumour was contained and the 90 lymph nodes he removed showed no signs of cancer, which meant I didn't need treatment. I cannot explain the relief I felt in that moment. My life was back on track, the wedding could happen and I could just concentrate on my recovery. I will one day, sooner rather than later, need to have a hysterectomy as my chances of women cancers is very high. But, I got through this major surgery and I know I'll get through another. 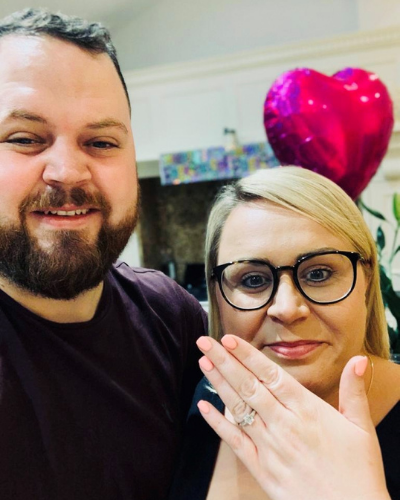 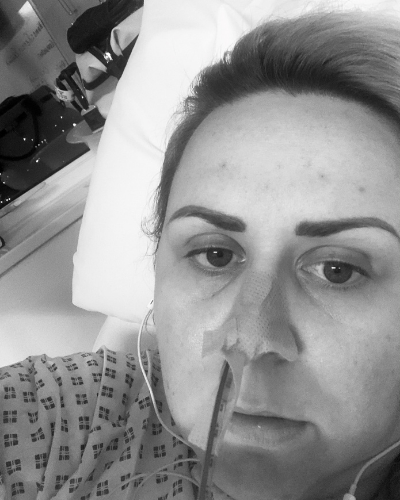