Earlier in the year, I was suffering from severe abdominal pains, mostly before I emptied my bowels. I liken the pain to giving birth.

I was worried and went to visit my GP, who thought it was irritable bowel syndrome (IBS) and prescribed me medication.

She kept referring me for blood tests, which showed that my markers were rising, and my GP believed that I could have Crohn’s disease. I was referred for a colonoscopy in January, but this was delayed until July due to coronavirus.

Due to coronavirus I had to go for the colonoscopy on my own. As the scope went round the consultant indicated that there was a tumour and he would discuss it further afterwards, and my husband was called to the hospital. I was terrified, I had just lost my dad to cancer in January and you always expect the worst. When they said it was curative treatment it was still hard to believe.

I had keyhole surgery on 12 August to investigate my bowel. Towards the end of month I was rushed to A&E as I was in severe pain. I had emergency surgery that night as my bowel had perforated and the tumour had attached to my stomach. They removed my large bowel and half my stomach.

I have been told that I do not need chemotherapy, but the tumour is behaving in such a way that it leads my oncologist to believe I have Lynch syndrome. However, I will be seeing the genetics team to get tested.

The impact on my family has been awful. I am now suffering with post-traumatic stress disorder (PTSD). My husband has been amazing but it definitely took its toll on him, he often says that he was planning my funeral.

My children have been incredibly resilient, my 26 year old daughter has been amazing. She was so worried she was going to lose me, as she lost her granddad (my dad) in January so they felt that I would not survive either. My 18 year old son has been brilliant. He makes light of the fact I have lost weight and that I have to poop out my tummy now. He really is a breath of fresh air. My youngest has been quiet but strong.

However, we are all worried if I do have Lynch syndrome, have I passed it on to them? If I am carrier, then it’ll be up to them whether they’re tested too. 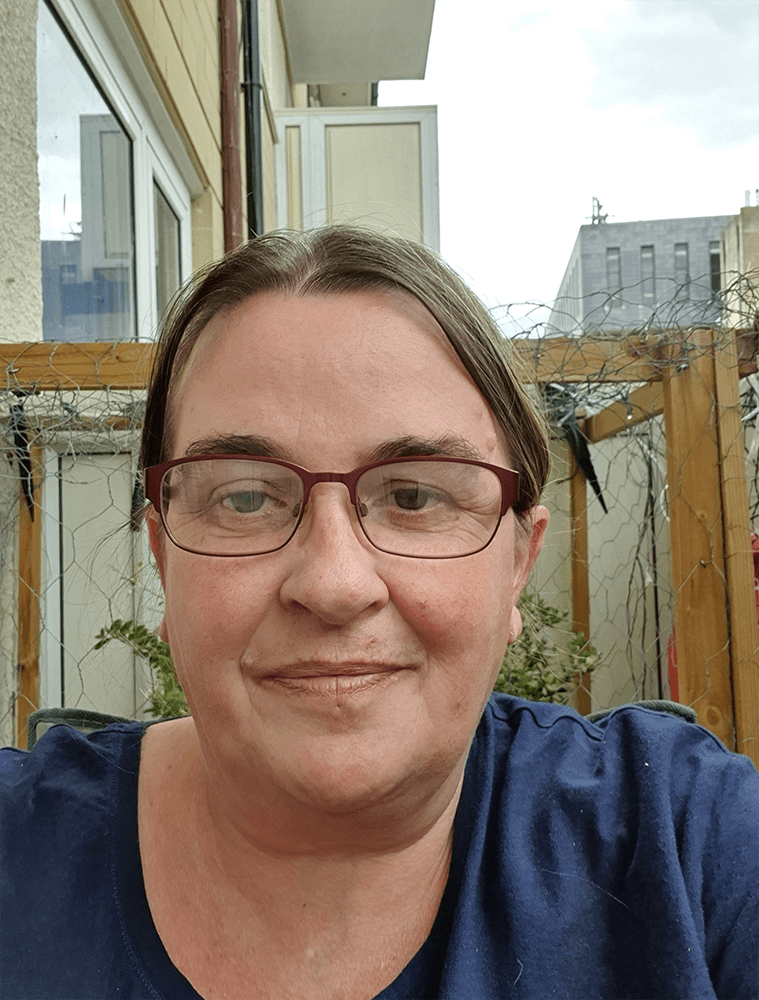