In 2017, I was diagnosed with bowel cancer at just 38 years old. I’d been experiencing symptoms for around a year but never seriously thought it could be anything that serious.

After some initial visits to my GP I was referred to a gastroenterologist and was told that I had IBS (Irritable Bowel Syndrome). The doctors asked me to keep a daily diary of everything I ate and any bowel symptoms so that they could identify what triggered the IBS.

After several months of diary keeping I returned to the gastroenterologist, I was still experiencing symptoms and there was no obvious IBS triggers. I was sent for a precautionary colonoscopy.

My first colonoscopy was a strange experience. After lots of looking around the doctor stopped to focus on a strange looking growth – a polyp. Seeing this happening on a screen in front of you is surreal and terrifying – what was this strange looking thing?

The doctors took some samples which were sent away for testing and I had a nervous wait for the results.

Thankfully the results came back and revealed no evidence of cancer. It was a huge relief, however the doctors wanted to do a follow-up colonoscopy to remove the rest of this polyp (a process called a polypectomy).

A month or so late I returned for my polypectomy. This was a large polyp and the procedure took nearly three hours. Once again the samples were sent away for testing and I had another anxious wait.

A week or so later I received a phone call from the hospital – I was to meet with a colorectal consultant THE NEXT DAY! The following day I received the news that I had bowel cancer. My whole world was sent into a spin. I underwent bowel surgery and then three months of adjuvant chemo.

In total I had two major operations, several smaller operations, chemo and countless hospital visits and needles poked into me. I have relied heavily on the support of my amazing friends and family and I can’t thank them enough for what they have done for me.

Having cancer puts a huge strain on all aspects of your life but it’s not just you going through it but everyone around you. That is what I struggle with the most. To see the people that I love struggling because of what is happening to me is heartbreaking.

It was an incredibly long road for all of us, but in February 2018 I got the all clear. It was a massive relief and I suddenly felt like I might actually survive this terrible disease.

However, after nearly a year in remission, I received the most devastating news of all. The cancer had returned in several places. I am now living with stage 4 bowel cancer and I’m back on chemo.

Having chemotherapy is like being stuck on an ever-repeating rollercoaster. Every two weeks I strap myself in for another cycle of side effects. Managing chemo side-effects is not easy and it takes a long time to find the best ways to manage them.

Unfortunately, one side effect of chemo that I can’t make better is how it’s affected my career. The frequency of my chemo regime means that it’s now impossible for me to carry out the same full time duties that I used to do.

I’ve had to adapt and, as a result, I have changed my lifestyle from diet to keeping fit.

I was always quite a fit person and somehow I’ve managed to keep a small degree of fitness. In September 2019 I cycled from London to Brighton and raised an incredible £3,840 for Bowel Cancer UK.

I’m glad that I could make something good happen from my terrible situation and hopefully I can do the same again in the future. I want to raise awareness of bowel cancer and also raise funds for Bowel Cancer UK in the hope that one day we can create a future where nobody else has to go through what I have.

Having bowel cancer has completely changed my perspective on life. I don’t look too far ahead anymore and try to live for the here and now enjoying life as much as possible and making memories with the wonderful people that I have around me.

In the last few years my life has been flipped over and turned inside out. But I’m still here and with the support of my incredible family and friends I’ll keep on going. 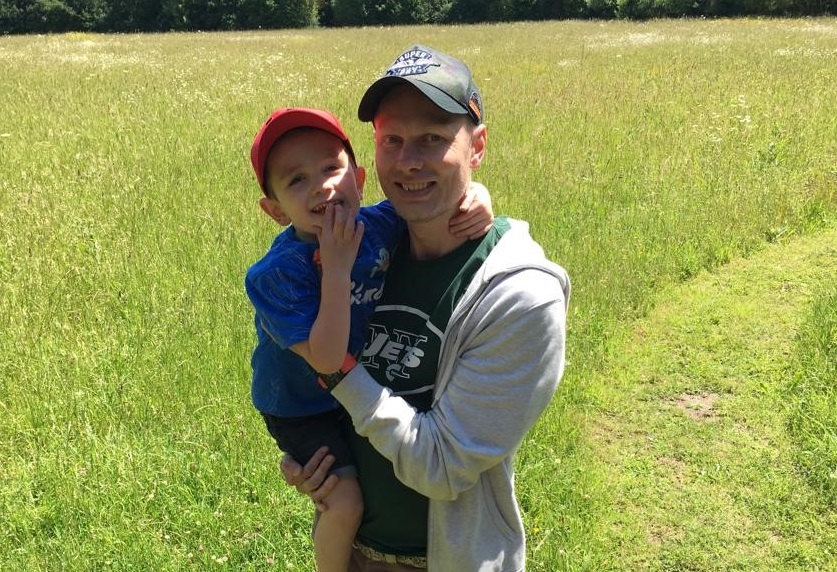 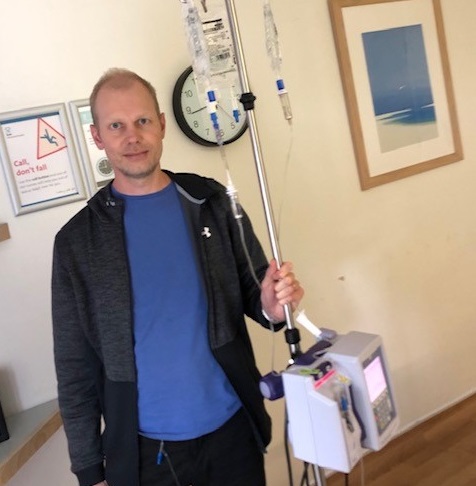 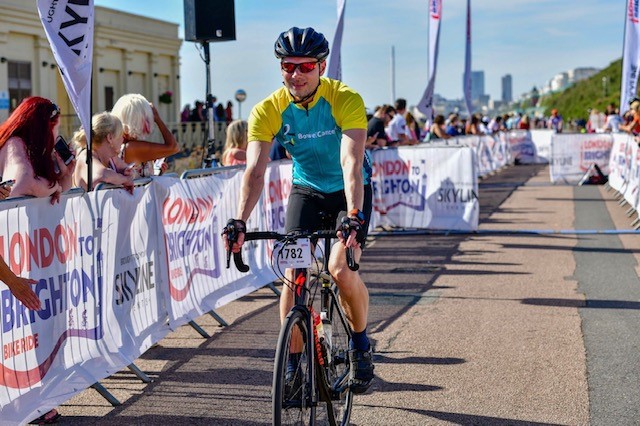